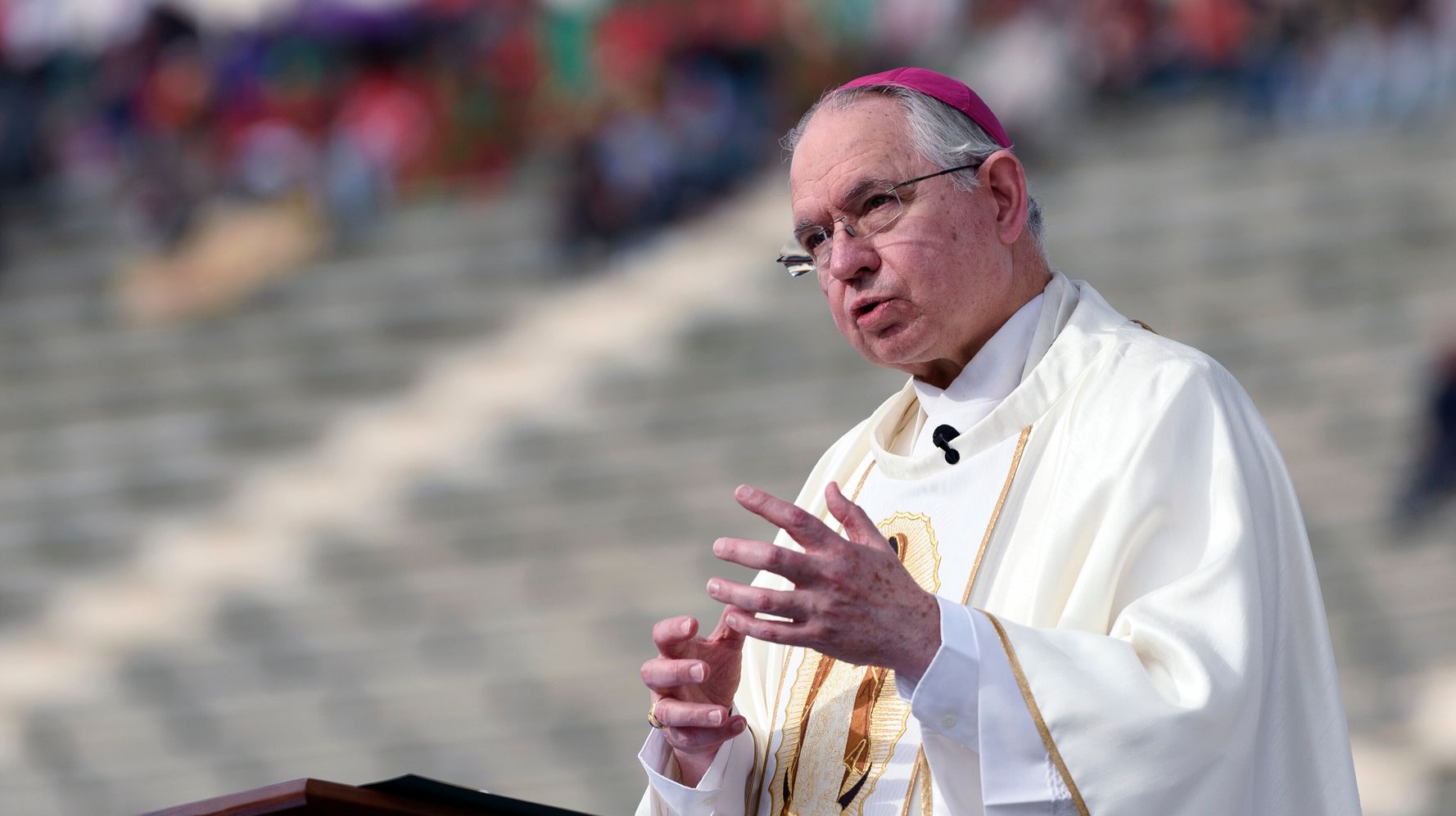 The head of the U.S. Conference of Catholic Bishops told colleagues Tuesday that President-elect Joe Bidenâ€™s policy positions, including support for abortion rights, pose a â€œdifficult and complex situationâ€ for the church.

Los Angeles Archbishop JosÃ© Gomez, completing his first year as the USCCBâ€™s president, welcomes many of Bidenâ€™s stances, including on immigration, racial justice and climate change. But some conservative bishops, noting the churchâ€™s strong opposition to abortion, were upset last week when Gomez congratulated Biden â€” a fellow Catholic â€” on his victory.

On Tuesday, as the USCCB ended the public portion of its two-day national meeting, Gomez departed from the official agenda to broach the issue.

â€œWe are facing a unique moment in our history,â€ he said. â€œThe president-elect has given us reason to think he will support some good policiesâ€ but also some that â€œundermine our preeminent priority of the elimination of abortion.â€

â€œThese policies pose a serious threat to the common good,â€ Gomez said. â€œWhen politicians who profess the Catholic faith support them … it creates confusion among the faithful about what the church actually teaches on these questions.â€

Gomez said he would form a working group to address the matter, headed by the USCCBâ€™s vice president, Detroit Archbishop Allen Vigneron.

There was no immediate response by Bidenâ€™s transition team to an AP request for comment.

Gomezâ€™s unexpected remarks followed a two-hour session in which bishops from across the U.S., meeting online due to the coronavirus outbreak, shared their diocesesâ€™ efforts to cope with the pandemic and to combat systemic racism.

Some who spoke during the racial injustice discussion represent communities that have seen protests and occasional violence after the police killing of George Floyd in Minneapolis in May.

Archbishop William Lori of Baltimore was among several who described church-organized listening sessions for community members to share their experiences with racism and their thoughts on how to curtail it.

â€œThese conversations can be difficult, painful,â€ Lori said. â€œA lot of people donâ€™t think they need those conversations because they donâ€™t have a racist bone in their body. The reality is much different.â€

As one of several race-related initiatives, Lori said his archdiocese is building a new K-8 Catholic school in one of Baltimoreâ€™s poorest neighborhoods.

Archbishop Mitchell Rozanski of St. Louis said his archdiocese is seeking to promote racial equity in its hiring practices and has hired a diversity officer for a group of Catholic schools.

Rozanski recently toured predominantly Black neighborhoods including a stop in nearby Ferguson, where he prayed at the site where Michael Brown, an 18-year-old Black man, was fatally shot by a white police officern in 2014.

Mark Seitz, the bishop of El Paso, Texas, recalled the 2019 mass killing of 23 people at a Walmart by a gunman who said he was targeting Mexicans.

â€œIt brought home the fact that white supremacy is not a harmless fringe ideology. Itâ€™s a death-dealing ideology,â€ Seitz said. â€œIt reminded us that words matter â€” words that denigrate immigrants and other people of color really matter and feed into these ways of thinking.â€

Seitz said the diocese is looking at forming a truth commission exploring the history and current status of racism in the region, and how it has impacted Native Americans, Hispanics, immigrants and others.

Tuesdayâ€™s discussion was led by Bishop Shelton Fabre of the Louisiana diocese of Houma-Thibodaux, who heads the USCCBâ€™s Committee Against Racism.

â€œThe work is hard, the work is slow, but the work is being done,â€ he said. â€œIn my diocese, hearts are being changed.â€

Amid the protests following Floydâ€™s killing, some Black Catholics were outspoken in urging the church to take substantive steps conveying that their presence is valued. There have been calls for some form of reparations, and for the teaching of Black Catholic history in Catholic schools.

Black Catholicsâ€™ somewhat marginal place in the U.S. church is illustrated by statistics compiled by the USCCB: There are about 3 million African American members of the faith, roughly 4% of the nationâ€™s 69 million Catholics, but as of January there were just 250 Black priests, or less than 1% of the total of 36,500.

Also Tuesday, a dozen bishops shared their experiences coping with the coronavirus pandemic, which has forced many dioceses to halt or sharply reduce in-person worship.

Bishop Oscar CantÃº of San Jose, California, described outreach efforts aimed at sick and older adult parishioners and recounted the painful decision to lay off 15% of the diocese staff due to reduced income from offerings.Â

Cardinal Sean Oâ€™Malley of Boston, where several priests and an auxiliary bishop have died of COVID-19, said a specially trained team of priests that was equipped with state-of-the-art protective equipment won permission to administer end-of-life sacraments to Catholic patients in hospitals.

John Wester, the archbishop of Santa Fe, New Mexico, said many parishioners were angry when restrictions forced the cancellation of in-person Masses at which they could receive Holy Communion.