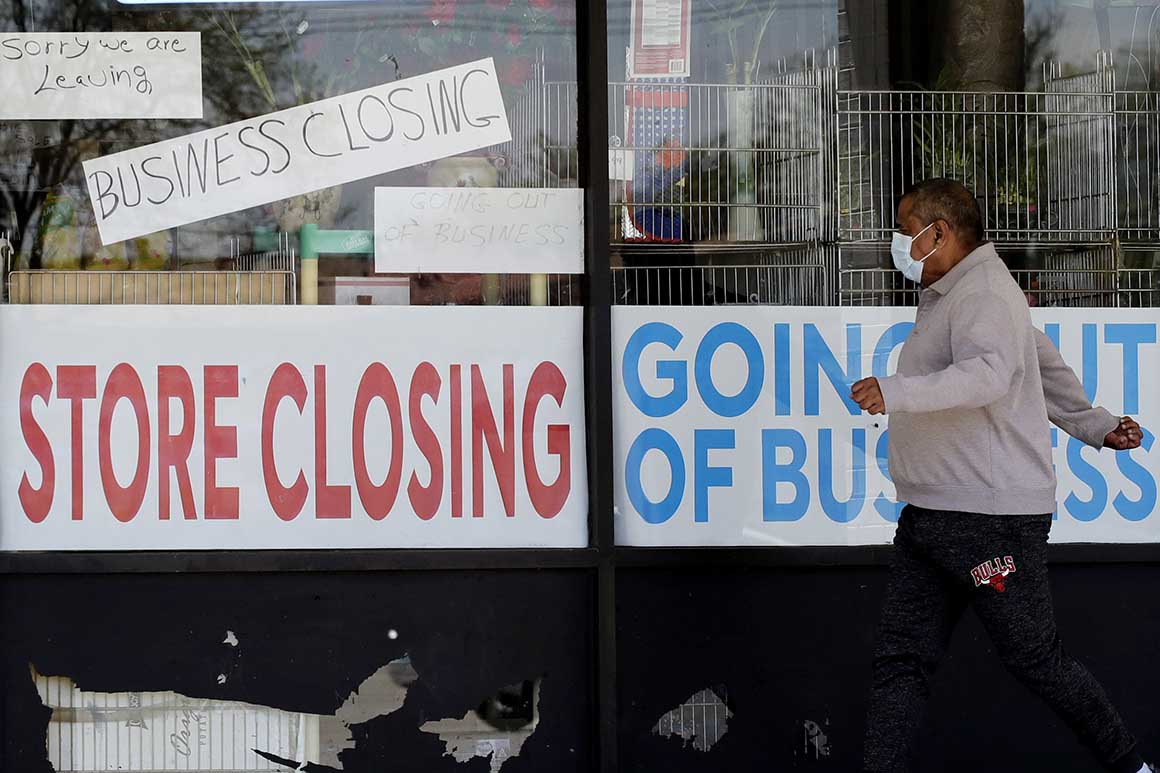 The downward revision to first quarter GDP reflected weaker investment by businesses in their inventories which was partially offset by slightly stronger consumer spending.

Economists believe the lockdowns that shut wide swaths of the economy and triggered the layoffs of millions of workers will send the GDP sinking at an annual rate of 40% in the current quarter. That would be the biggest quarterly decline on records that go back to 1947. It would be four times the size of the previous decline set back in 1958.

Many forecasters believe growth will rebound sharply in the July-September quarter with the Congressional Budget Office predicting GDP will rise at an annual rate of 21.5%. Still, that gain would not be nearly enough to make up for the economic output that was lost during the first and second quarters.

And many economists worry that the positive GDP performance being forecast for the second half of the year may not come about if the current efforts to re-open the economy do not go well. If the relaxing of stay-at-home rules results in a second wave of the coronavirus that could be a serious setback to efforts to get consumers out shopping again in stores and eating in restaurants.

Sung Won Sohn, a business and economics professor at Loyola Marymount University in Los Angeles, said he was forecasting GDP would grow at an annual rate of around 9% in the third quarter and 15% in the fourth quarter of this year if there is no second wave of the virus.

But he said even with those gains, GDP for the whole year will be down 5.3%. Sohn said it will take years to make up the lost GDP, noting that it took over six years for the economy to climb back to where GDP output was before the start of the last years.

The Trump administration, which had been counting on a strong economy to give President Donald Trump a big boost in his re-election battle, has been talking up the coming rebound.

Calling it a â€œtransition to greatness,â€ the president envisions strong growth in the second half of the year.

But Sohn and other economists say that the economy will likely not achieve sustained GDP gains until a vaccine has been found and it is widely available, something that could still be a year or more away.

â€œI think there is a pretty good chance there will be a second wave of the virus,â€ Sohn said. â€œJust because we have a vaccine doesnâ€™t mean we will stop the virus in its tracks because of the amount of time it will take to get people vaccinated.â€

The GDP report Thursday was the second of three estimates for the first quarter. The 5% decline followed a 2.1% gain at an annual rate in the fourth quarter of last year.

For the first quarter, consumer spending, which accounts for 70% of economic activity, fell at an annual rate of 6.8%. It was the biggest quarterly decline since an 8.7% fall in the second quarter of 1980 but was still a slight improvement from the government’s first estimate of an even bigger 7.8% decline.

Business investment in new plants and equipment fell at an annual rate of 7.9% in the first quarter, a slightly smaller decline than first reported, while residential construction increased at an 18.5% rate, slightly slower than first estimated.