U.S. posts rule allowing U.S. companies to work with Huawei on 5G and other standards 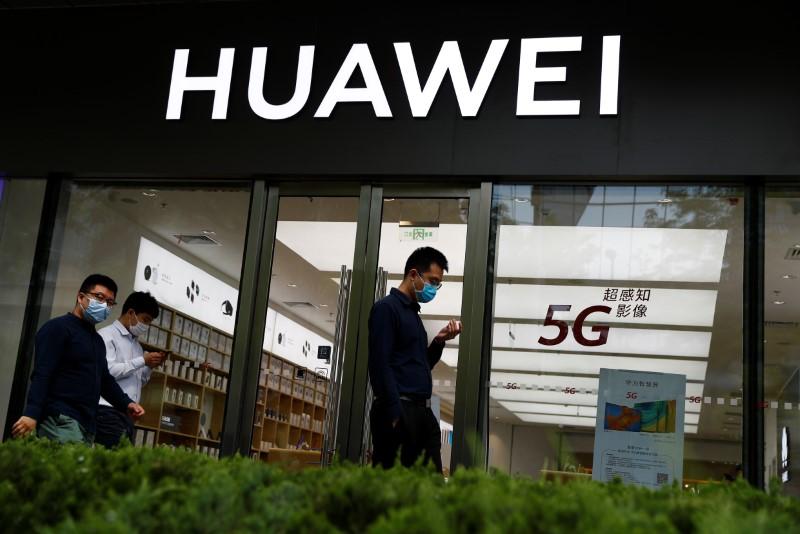 FILE PHOTO: People walk past a Huawei shop, amid an outbreak of the coronavirus disease (COVID-19), in Beijing, China, May 18, 2020. REUTERS/Thomas Peter

(Reuters) – The U.S. Department of Commerce on Tuesday posted a new rule that allows U.S. companies to work with Chinaâ€™s Huawei to develop standards for 5G and other cutting-edge technologies, despite restrictions on doing business with the telecommunications equipment maker.

Reuters reported on Monday that the rule had been approved and sent to the Federal Register. It is scheduled to be formally published in the register, the official U.S. government journal, on Thursday.

The rule amends the Huawei â€œentity listing,â€ which restricts sales of U.S. goods and technology to the company. The U.S. placed Huawei on the list a year ago, citing national security concerns.

Industry and government officials have said the restrictions backfired in standards settings. With U.S. companies uncertain what technology or information they could share, they said, Huawei gained a stronger voice.

Huawei and 114 of its foreign affiliates on the Entity List â€œcontinue to participate in many important international standards organizations in which U.S. companies also participate,â€ the new rule says.

â€œAs international standards serve as the building blocks for product development and help ensure functionality, interoperability and safety of the products,â€ the rule explains, â€œit is important to U.S. technological leadership that U.S. companies be able to work in these bodies in order to ensure that U.S. standards proposals are fully considered.â€

Huawei said in a statement it wants to continue standards discussions with counterparts, including those in the United States.

â€œInclusiveness and productive dialogue will better promote the formulation of technical standards and encourage the healthy development of the industry and the global economy,â€ the company statement said.