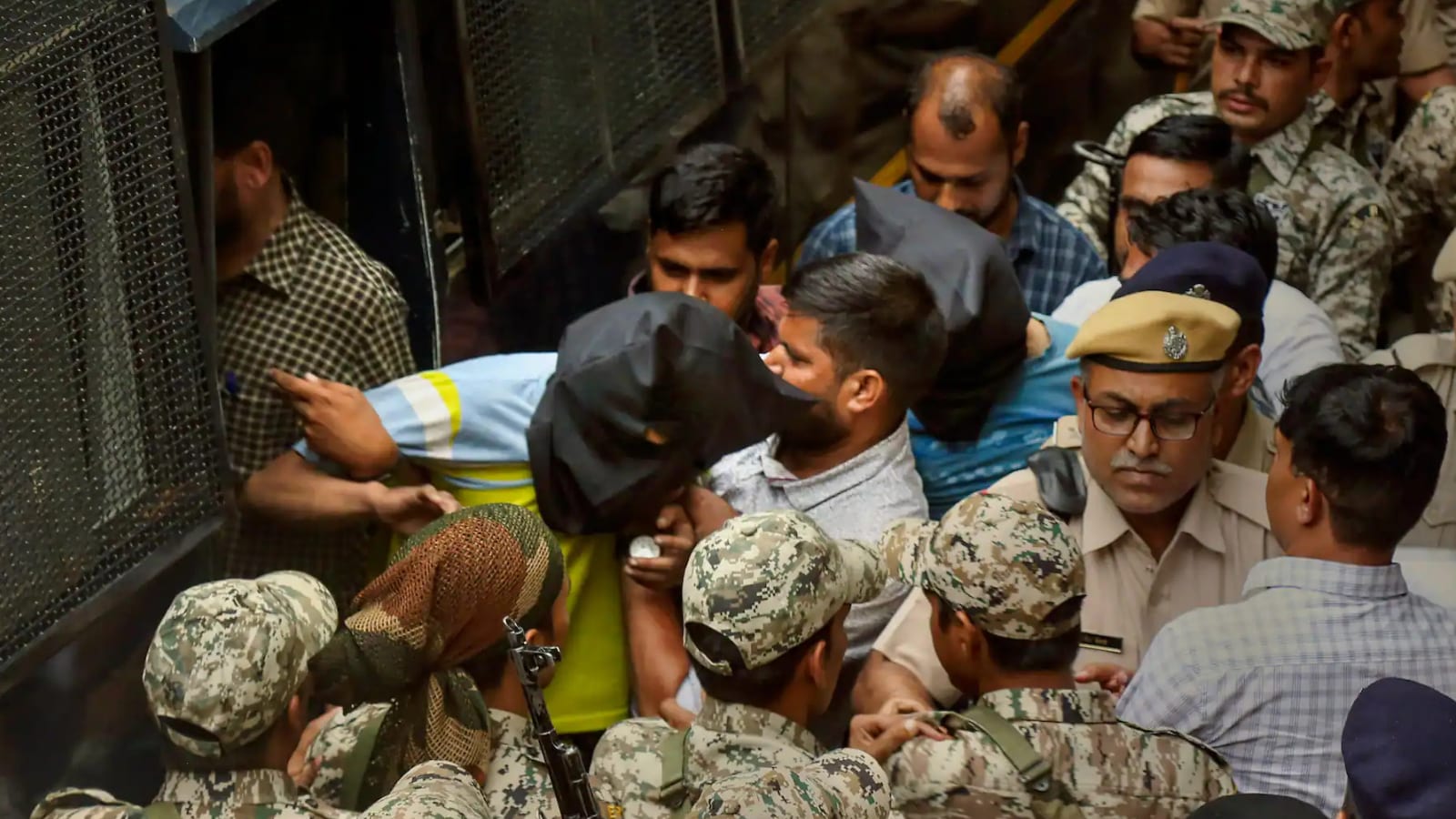 A court here has extended the police custody of three of the seven men accused in the Udaipur murder case up to Saturday and sent the remaining four to judicial custody till August 1. All seven accused were produced by the National Investigation Agency before the designated special court amid tight security on Tuesday.

The men remanded to further NIA custody include Riaz Akhtari and Ghouse Mohammad, who allegedly killed Kanhaiya Lal, a tailor, with a cleaver on June 28, saying they were avenging an insult to Islam. Farhad Mohammad Sheikh, described by the NIA as their close criminal associate and the last man to be arrested so far in the case, was also remanded to further police custody.

“The court extended the remand of Ghouse Mohammad, Riaz and Farhad till July 16. They will be under NIA custody whereas the four other accused were sent to jail till August 1,” special public prosecutor TP Sharma said. The court had earlier remanded the accused to police custody till July 12, Sharma said.

Both Akhtari and Ghouse Mohammad were caught in Rajsamand hours after the crime. They had posted on social media a grisly video of the murder. Other arrests followed over the next few days as the NIA took charge of the case that triggered communal tension in Udaipur and led to protests at several other places.

Parts of Udaipur were placed under curfew and prohibitory orders clamped over the state. The NIA spokesperson had said on Sunday that Farhad Mohammad Sheikh alias Babla, arrested the previous evening, was a “close criminal associate” of Riaz Akhtari and took an active part in the conspiracy.

Mohammad Mohsin, Wasim Ali, Asif and another man also known as Mohsin were sent to judicial custody till August 1. Mohsin and Asif were arrested two days after the murder for their alleged involvement in the murder conspiracy. They were accused of conducting a recce of Kanhaiya Lal’s shop.

The NIA later arrested Mohammad Mohsin, Wasim Ali and Farhad Mohammad Sheikh on different days. The NIA re-registered the case under the anti-terror Unlawful Activities (Prevention) Act on June 29 after taking it over from the Rajasthan Police.

The case was initially registered at Dhanmandi police station in Udaipur.