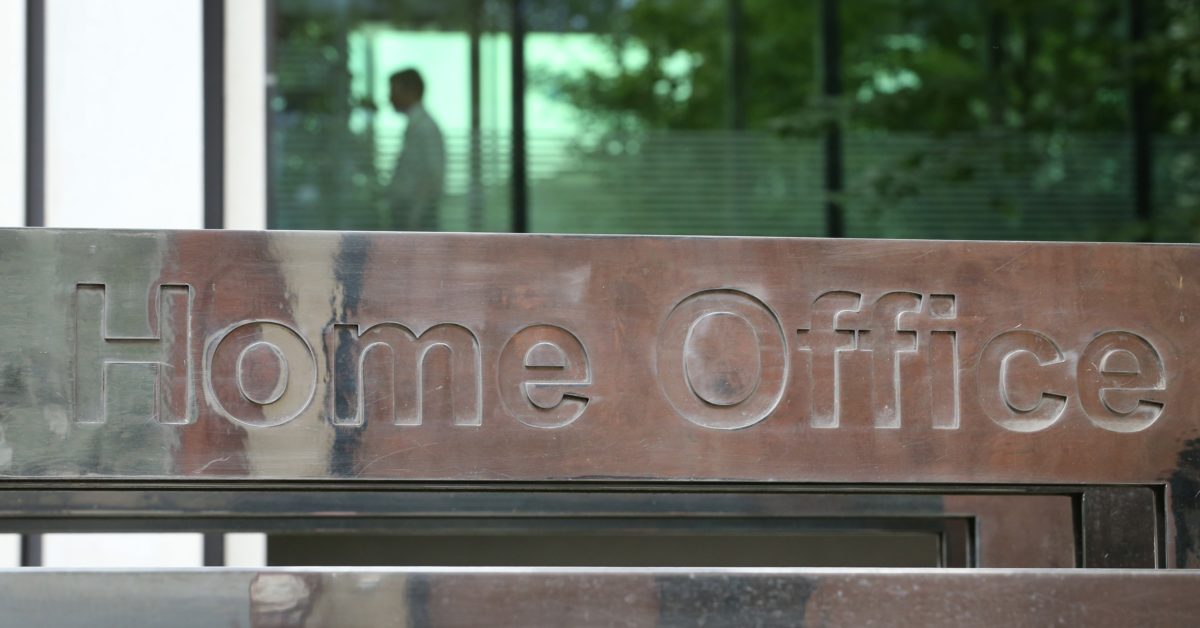 Brexit is off to court again.

Immigration lawyers have launched legal action challenging the U.K. Home Office’s decision to bar some extended family members of European citizens from joining relatives living in Britain, according to three people familiar with the case.

Priti Patel’s Home Office has faced criticism over its treatment of European citizens since the Brexit transition period ended in December. POLITICO reported in May that EU citizens were being detained and held in immigration removal centers, while the ministry also lost a legal battle that month over its use of European citizens’ data.

Disputes over the treatment of EU citizens in Britain have contributed to tense relations between London and Brussels since the U.K. left the bloc.

This time, the challenge concerns the Home Office’s treatment of extended family members, including siblings, cousins and nephews, of European citizens already settled in the U.K. Campaigners claim refusing to let them join their families is a breach of the divorce deal signed by the EU and the U.K. in January 2020.

The Withdrawal Agreement states that extended family members who are “dependents or members of the household” of an EU citizen living in the U.K. will retain their right to reside in Britain. To do so, applicants needed to apply for a permit, known as an EEA Family Permit, by December 31, 2020 and arrive by the end of June 2021.

Several letters, sent by the Home Office and seen by POLITICO, inform people who say they have relatives in the country that they cannot come to the U.K., despite applying in plenty of time. In each of the 10 letters, the family members’ applications were initially rejected by the Home Office but later successfully appealed.

The Home Office then wrote to the applicants to inform them that although their appeal was successful, they would still be unable to come because the deadline for this process had now passed.

Several case studies shared with POLITICO point to delays in issuing paperwork that left those involved unable to come to the U.K. before the deadline had passed.

In one case, an applicant described as “A” applied to join her brother â€” who has supported her financially since 2006 â€” on July 28, 2020, months before the December 31 deadline. The Home Office refused her application on December 17.

After appealing, the decision was reversed on June 22 this year â€” just eight days before the EEA family permit route closed. With more paperwork still required before A could travel to the U.K., the next correspondence she received was a letter from the Home Office on July 21 stating her permit could not be used as the route had now closed.

In another case, a man seeking to join his brother in the U.K. was informed on May 21 this year that an initial rejection of his application had been withdrawn and that he was able to live in Britain. However, the required paperwork never arrived despite several requests and he received an email on July 20 stating it was now too late.

“These people applied in good faith expecting to come here,” said immigration lawyer Luke Piper, of the the3million campaign group. “They won their cases, they’ve been stranded abroad and they should be allowed to come here.

“The Withdrawal Agreement is pretty clear,” he added. “It does feel to me like people are being messed about.”

A Home Office spokesperson said: “The EU Settlement Scheme has been an overwhelming success, with over 6 million applications received. We have taken a flexible and pragmatic approach with applications and will continue to do so.â€