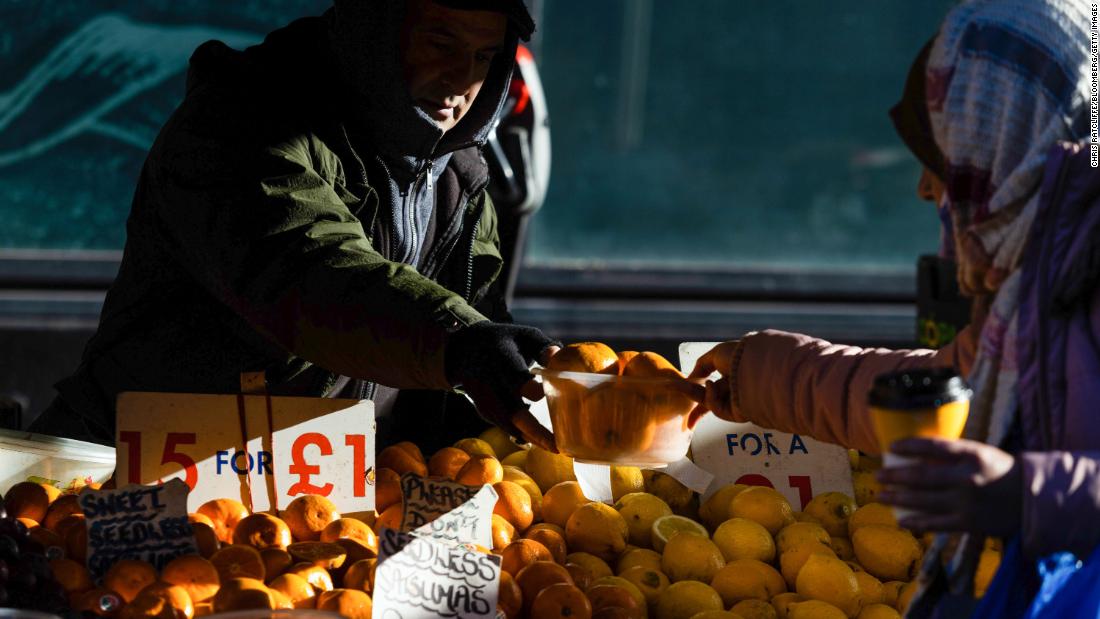 Inflation increased to 5.4% in December, the Office for National Statistics said on Wednesday, the highest rate since 1992. The biggest price rises were for transportation, food and beverages, furniture, housing and household goods.

Prices are now rising much faster than pay, making it more difficult for households to make ends meet. Wages increased at an annual rate of just 3.8% in December.

Much more pain is on the way. British consumers face a sharp rise in costs in April, when a cap on energy prices will be raised and taxes are hiked. Households will pay Â£790 ($1,075) more to heat and light their homes this year, according to Bank of America.

“It’s no secret that inflation is going to rise even further,” Paul Dales, chief UK economist at Capital Economics said on Wednesday. He expects consumer price inflation to top 7% in April, and to stay above 4% for all of this year.

In December, the Bank of England became the first major central bank to hike interest rates since the start of the pandemic. But the price surge will put policymakers under pressure to be even more aggressive. Dales expects the Bank of England to increase rates in February to 0.5%.

Prime Minister Boris Johnson has faced calls to do more to help households. The main opposition Labour Party has, for example, proposed a windfall tax on companies pumping oil and gas from the North Sea that would help offset rising energy prices.