UK Labour would push for US trade deal 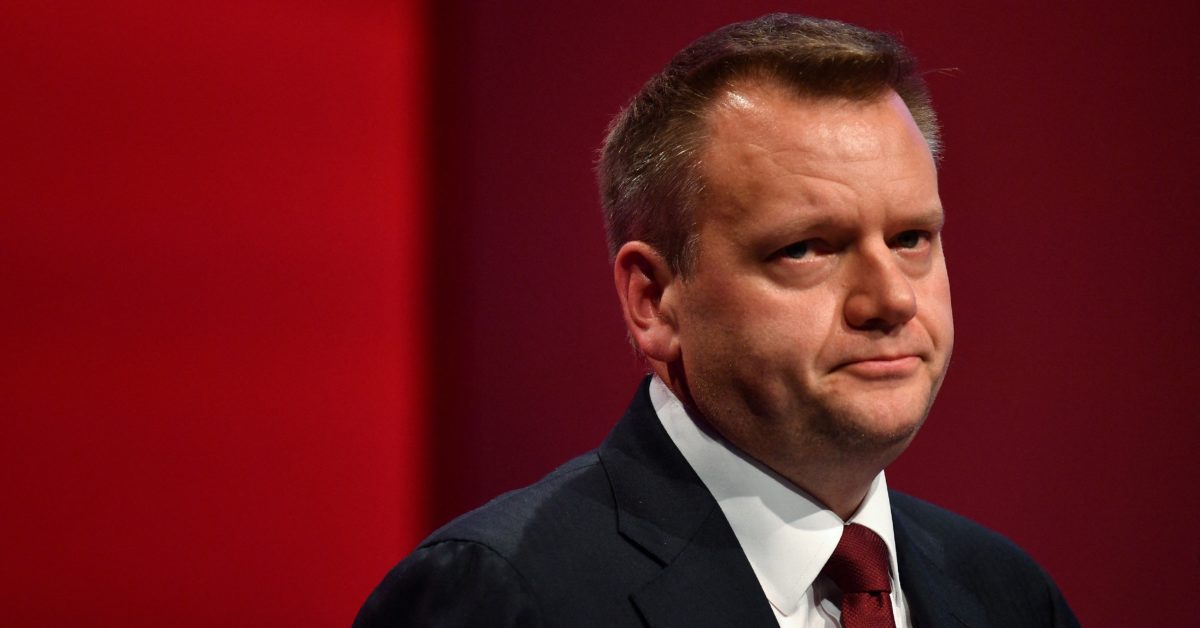 LONDON â€” A U.K. Labour government would aim to strike a trade deal with the United States.

In an interview with POLITICO, new Shadow International Trade Secretary Nick Thomas-Symonds said the promise of a free-trade agreement with Washington â€” a key pledge of Brexiteers â€” must be delivered.Â â€œThe U.S. trade deal is something that has been promised to the British people, and the government should deliver it,â€ the opposition frontbencher said.

Asked if Labour would take up the baton of pushing for a deal, he said: â€œYes. We would be pursuing trade deals around the world.â€

The ambition could be controversial among Labour members and other campaigners who are skeptical of U.S. business interests and are worried about lower-standard agricultural products being imported to Britain.Â The U.K. government started negotiations on a deal but talks dried up after Joe Biden became U.S. president.

A Labour government would also follow the Biden approach on â€œworker-centered trade,â€ Thomas-Symonds said, adding that giving trade unions a stronger voice in trade discussions was a particular element of the Biden approach that Labour would adopt.Â â€œWhat is absolutely central is that our trade policy delivers for workers here in the U.K.,â€ he said.Â

His comments suggest the upending of the trade world by former U.S. President Donald Trump is here to stay. Trump turned the U.S. stance from trade liberalization to greater protectionism â€” a model his successor has carried over, albeit in softer language.

Thomas-Symonds also suggested Labour would change tack from the more skeptical approach to trade under his predecessor Emily Thornberry, to a more positive approach that champions the opportunities.Â Thornberry was seen by some in the trade world as too anti-Brexit, representing a strong Remain-voting seat, whereas Thomas-Symonds represents a pro-Brexit area.

â€œWhat Iâ€™m going to be doing is looking forward not back,â€ he said. â€œThis is a huge moment to deliver for communities here in the U.K. but also to be able to project our values around the world.â€

The Labour frontbencher argued his experience as an international politics tutor at Oxford will give him an edge in the new job.Â

â€œI taught diplomats from all around the world,â€ he said. â€œI taught for many years American politics, British politics, European politics, Soviet politics, and so our relationship with the rest of the world has always been something that is a deep passion and interest of mine.â€

And he said his experience representing the former industrial seat of Torfaen in South Wales, an area that still produces steel, would also stand him in good stead for the role.Â â€œMy father is retired now but he was a steel worker, which is why the issue of steel tariffs means so much to me,â€ he said, noting that exports are crucial for manufacturing.