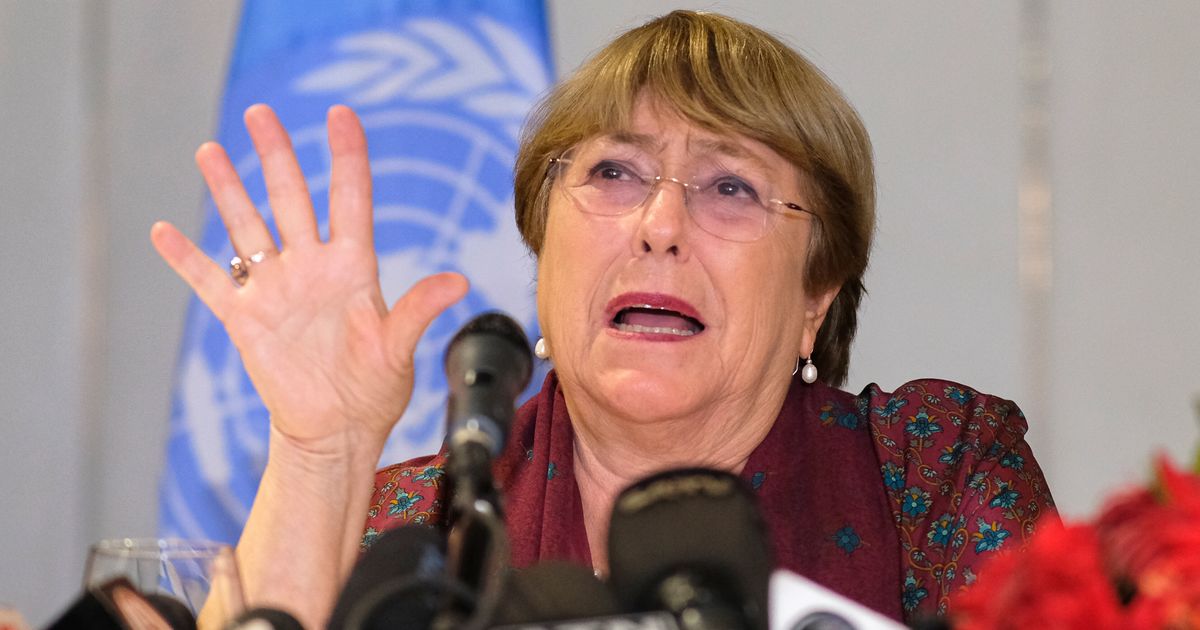 GENEVA (AP) — The office of U.N. human rights chief Michelle Bachelet published its long-awaited report on alleged rights violations in China’s western Xinjiang region Wednesday, brushing aside Beijing’s demands to keep a lid on a report that fanned a tug-of-war for diplomatic influence with the West over the rights of the region’s native Uyghurs and other predominantly Muslim ethnic groups.

The report, which Western diplomats and U.N. officials said had been all but ready for months, was published with just minutes to go in Bachelet’s four-year term. The report was unexpected to break significant new ground beyond sweeping findings from independent advocacy groups and journalists who have documented concerns about human rights in Xinjiang for years.

But Bachelet’s report comes with the imprimatur of the United Nations, and the member states that make it up. The run-up to its release fueled a debate over China’s influence at the world body and epitomized the on-and-off diplomatic chill between Beijing and the West over human rights, among other sore spots.

“We all know so well that the so-called Xinjiang issue is a completely fabricated lie out of political motivations, and its purpose is definitely to undermine China’s stability and to obstruct China’s development,” he added.

Bachelet said in recent months that she received pressure from both sides to publish – or not publish – the report and resisted it all, treading a fine line all the while noting her experience with political squeeze during her two terms as president of Chile.

In June, Bachelet said she would not seek a new term as rights chief, and promised the report would be released by her departure date on Aug. 31. That led to a swell in back-channel campaigns — including letters from civil society, civilians and governments on both sides of the issue. She hinted last week her office might miss her deadline, saying it was “trying” to release it before her exit.

Bachelet had set her sights on Xinjiang upon taking office in September 2018, but Western diplomats voiced concerns in private that over her term, she did not challenge China enough when other rights monitors had cited abuses against Muslim Uyghurs and others in Xinjiang.

In the past five years, the Chinese government’s mass detention campaign in Xinjiang swept an estimated million Uyghurs and other ethnic groups into a network of prisons and camps, which Beijing called “training centers” but former detainees described as brutal detention centers.

Beijing has since closed many of the camps, but hundreds of thousands continue to languish in prison on vague, secret charges.

Some countries, including the United States, have accused Beijing of committing genocide in Xinjiang.

Lederer reported from the United Nations.