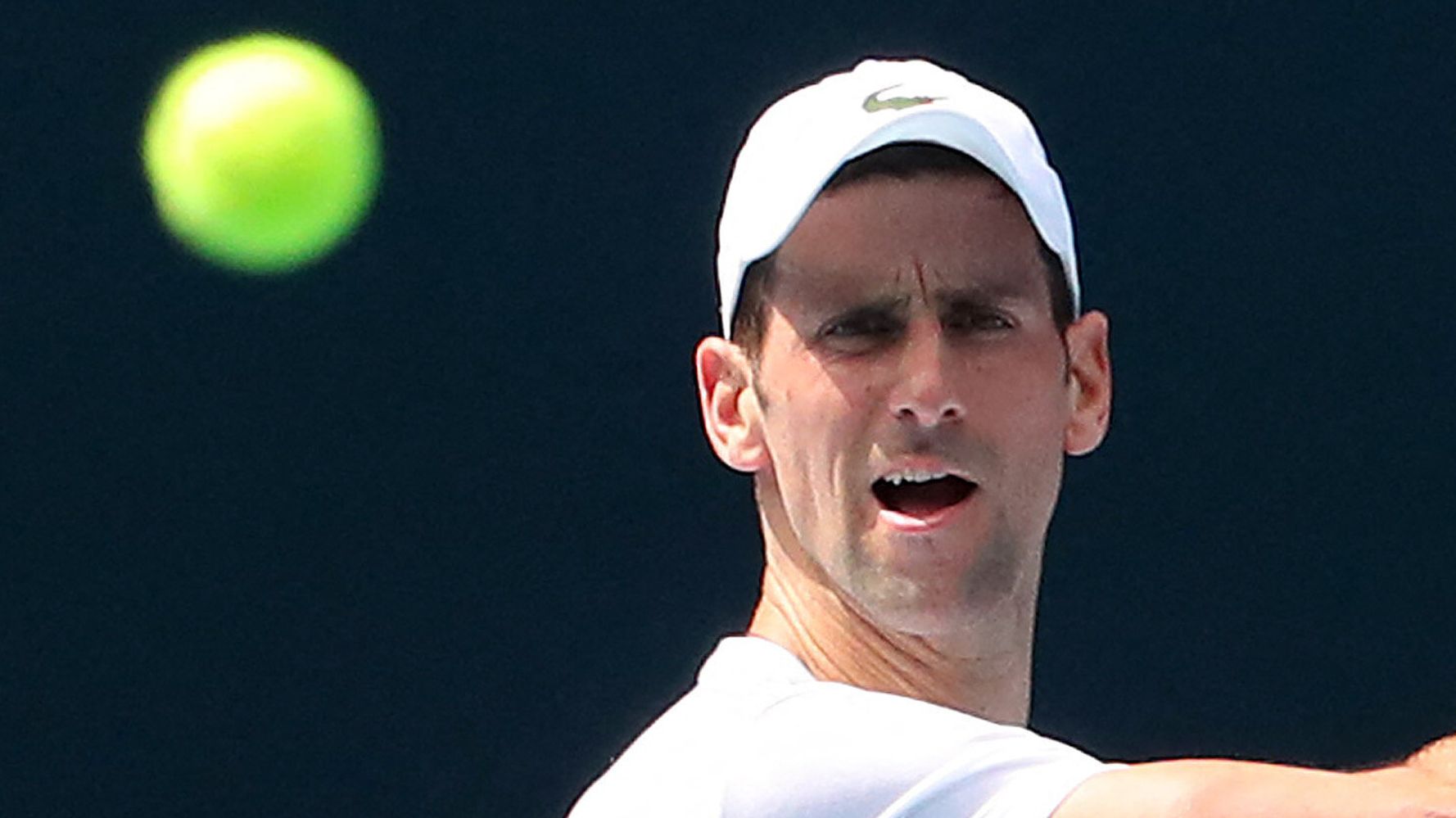 BELGRADE, Serbia (AP) â€” Novak Djokovic returned home Monday after being thwarted from defending his Australian Open title only to face a new predicament: He could be barred from the French Open this year, too, if heâ€™s still not vaccinated against COVID-19.

A plane carrying the No. 1-ranked player touched down in his native Serbia, closing at least the first chapter in a dizzying drama that has resonance in the world of elite sports, Australiaâ€™s pandemic politics and the polarized debate over the coronavirus shots.

A handful of fans waving the Serbian flag greeted him at Belgradeâ€™s airport. Djokovic has an almost iconic status in Serbia, and many there felt he was poorly treated by Australia.

But his troubles may not be over yet: He could be barred from the French Open this year, under a new law intended to exclude the unvaccinated from stadiums and other public places. Much could change between now and the start of the Grand Slam tournament in late May, but that raised the specter that the recent saga in Australia would be not just a blip but an ongoing challenge for the athlete, who is increasingly being held up as a hero by the anti-vaccine movement.

A member of the French Parliament, Christophe Castaner, said that the new law will apply to anyone who wants to play in the French Open â€” a reversal of earlier plans to create a â€œbubbleâ€ around the tournament.

â€œTo do your job, to come for pleasure or leisure, to practice a sport, it will be necessary to present a vaccine. This will be valid for people who live in France but also for foreigners who come to our country for vacation or for a major sports competition,â€ Sports Minister Roxana Maracineanu told BFM television on Monday.

But some details of the law are still being hashed out â€” including how it will deal with people who have recently recovered from COVID-19, as Djokovic says he has. The question is how recent the infection has to be to qualify for an exemption to vaccination rules.

Djokovic is also the defending champion at Wimbledon, which begins in late June. But so far, England has allowed exemptions from various coronavirus regulations for visiting athletes, if they remain at their accommodation when not competing or training. The U.S. Tennis Association, which runs the U.S. Open, has said it will follow government rules on vaccination status.

Itâ€™s also not clear when Djokovic could head back to Australia. Deportation can lead to a three-year ban on returning to the country, although that can be waived, depending on the circumstances.

For now, a warm welcome awaits Djokovic, who has overwhelming support in his native Serbia where his closest family lives. Serbian President Aleksandar Vucic has accused the Australian government of â€œharassingâ€ the top-ranked tennis star and urged him to return home.

â€œGod bless you Novak,â€ read one of the banners held by the fans at the airport as he was whisked through the passport control and customs and then driven by his brother Djordje to his apartment in Belgrade.

The official Tanjug news agency reported that Djokovicâ€™s mother, Dijana, said her son will remain in Belgrade in the coming days and wonâ€™t make statements for the media.

Djokovicâ€™s Australian saga began when he was granted an exemption to strict vaccination rules by two medical panels and the tournament organizer in order to play in the Australian Open based on documents he supplied showing he had recently had COVID-19. He received a visa to enter the country through an automated process. But upon arrival, border officials said the exemption was not valid and moved to deport him.

The initial news that the star had been granted the exemption sparked anger in Australia, where strict lockdowns in cities and curbs on international travel have been employed to try to control the spread of the coronavirus since the pandemic began.

More than 95% of all Top 100 men and women tennis players in their toursâ€™ respective rankings are vaccinated. At least two other men â€” American Tennys Sandgren and Frenchman Pierre-Hugues Herbert â€” skipped the Australian Open due to vaccine requirements.

In the end, Australian authorities revoked Djokovicâ€™s visa, saying his presence could stir up anti-vaccine sentiment and that kicking him out was necessary to keep Australians safe. He was deported Sunday, a day before the tournament got underway in Melbourne.

Djokovic has won nine titles there previously. He had hoped this year to secure his 21st Grand Slam singles trophy, breaking the record he shares with rivals Roger Federer and Rafael Nadal for the most in the history of menâ€™s tennis. Federer is not playing while recovering from injury, but Nadal is competing.

As the legal battle played out in Australia, Djokovic acknowledged that he had attended an interview in Belgrade in December with journalists from Lâ€™Equipe newspaper after testing positive for the coronavirus. He later described this â€œan errorâ€ of judgment.

Asked if Djokovic would face any penalties for flouting his isolation while being infected when he returns to Serbia, Serbian officials said he would not because the country is not in a state of emergency.

Djokovic is a national hero in Serbia, whose president had called the court hearing in Australia â€œa farce with a lot of lies.â€

â€œNovak, welcome home, you know that we all support you here,â€ said Snezana Jankovic, a Belgrade resident. â€œThey can take away your visa, but they cannot take away your Serbian pride.â€