US allowed to appeal UK decision against Julian Assangeâ€™s extradition 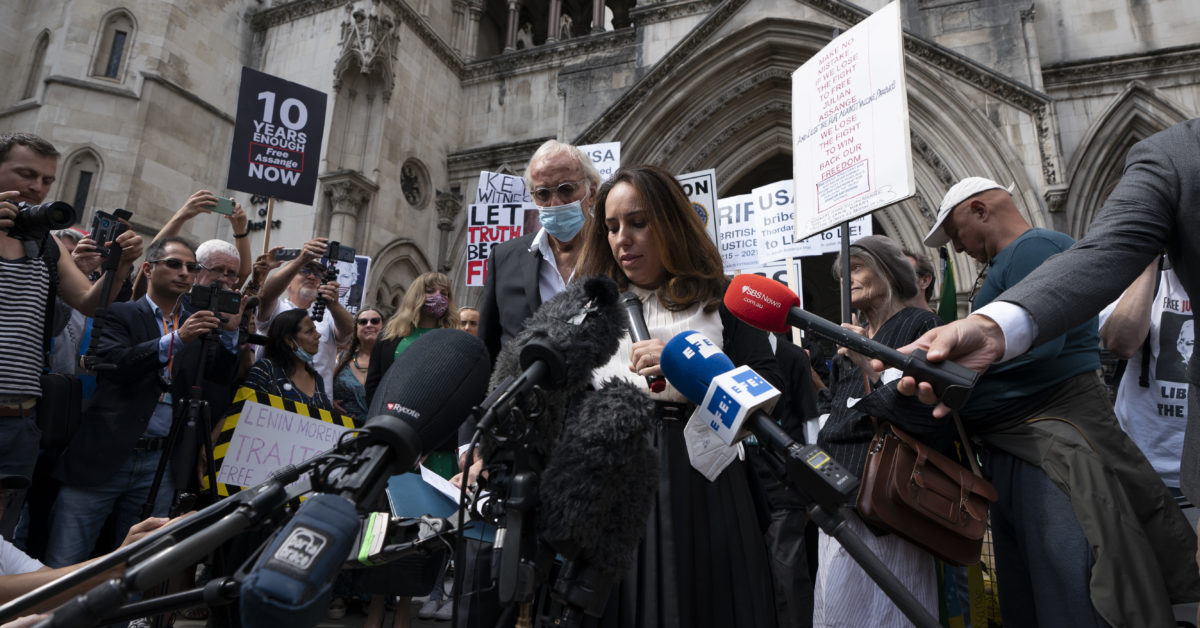 LONDON â€”Â A British court on Wednesday granted the U.S. permission to appeal a decision not to extradite WikiLeaks founder Julian Assange to face espionage charges in the United States.

Wednesday’s ruling means the U.S. can challenge the decision, issued in January by British District Judge Vanessa Baraitser, who reasoned that he would be at risk of committing suicide in the U.S.

The January decision relied on evidence from Michael Kopelman, a professor of neuropsychiatry at Kingâ€™s College London, who was later found to have misled the court by concealing the fact that Assange had fathered two children while he was a fugitive.

Judge Tim Holroyde, sitting with colleague Judith Farbey, concluded Wednesday it is â€œat least arguableâ€ that Baraitser made a mistake in basing her decision on evidence from Kopelman.

Holroyde aligned with the U.S. government, which had called for more scrutiny of Assangeâ€™s mental health.

â€œGiven the importance to the administration of the justice of a court being able to reply on the impartiality of an expert witness, it is in my view arguable that more detailed and critical consideration should have been given toÂ why [Kopelmanâ€™s] â€˜understandable human responseâ€™ gave rise to a misleading report,â€ the judge said.

The full appeal will be heard at the High Court on October 27 and 28.

Assange has been held in Belmarsh Prison since 2019, when he was carried out of the Ecuadorian embassy in London by police and arrested for breaching his bail conditions.

He is wanted by the U.S. on espionage and computer hacking charges connected to WikiLeaks, and it publishing hundreds of thousands of leaked U.S. government documents in 2010 and 2011 about the Afghanistan and Iraq wars, as well as confidential diplomatic cables.

Speaking outside the High Court after a preliminary hearing Wednesday, Assangeâ€™s partner Stella Moris said the court should take into consideration the safety of her family.

â€œWhat has not been discussed today is why I fear for my safety and the safety of our children and Julianâ€™s life,â€ she said. â€œThe constant threats and intimidation that we have endured for years which has been terrorizing us and has been terrorizing Julian for over 10 years.â€

Clair Dobbin, a lawyer representing the U.S. government, told the High Court that the â€œneed for scrutinyâ€ of Assangeâ€™s mental health was â€œsubstantially increasedâ€ given the activistâ€™s attempts to avoid proceedings.

â€œIf there was ever a case that called for a dispassionate, reliable, but above all impartial expert opinion, it was this one,â€ she said.

This article is part of POLITICO Proâ€™s premium coverage of Cybersecurity and Data Protection. From the emerging threats of a volatile digital world to the legislation being shaped to protect business and citizens, across sectors. For a complimentary trial email [emailÂ protected] and mention Cyber.