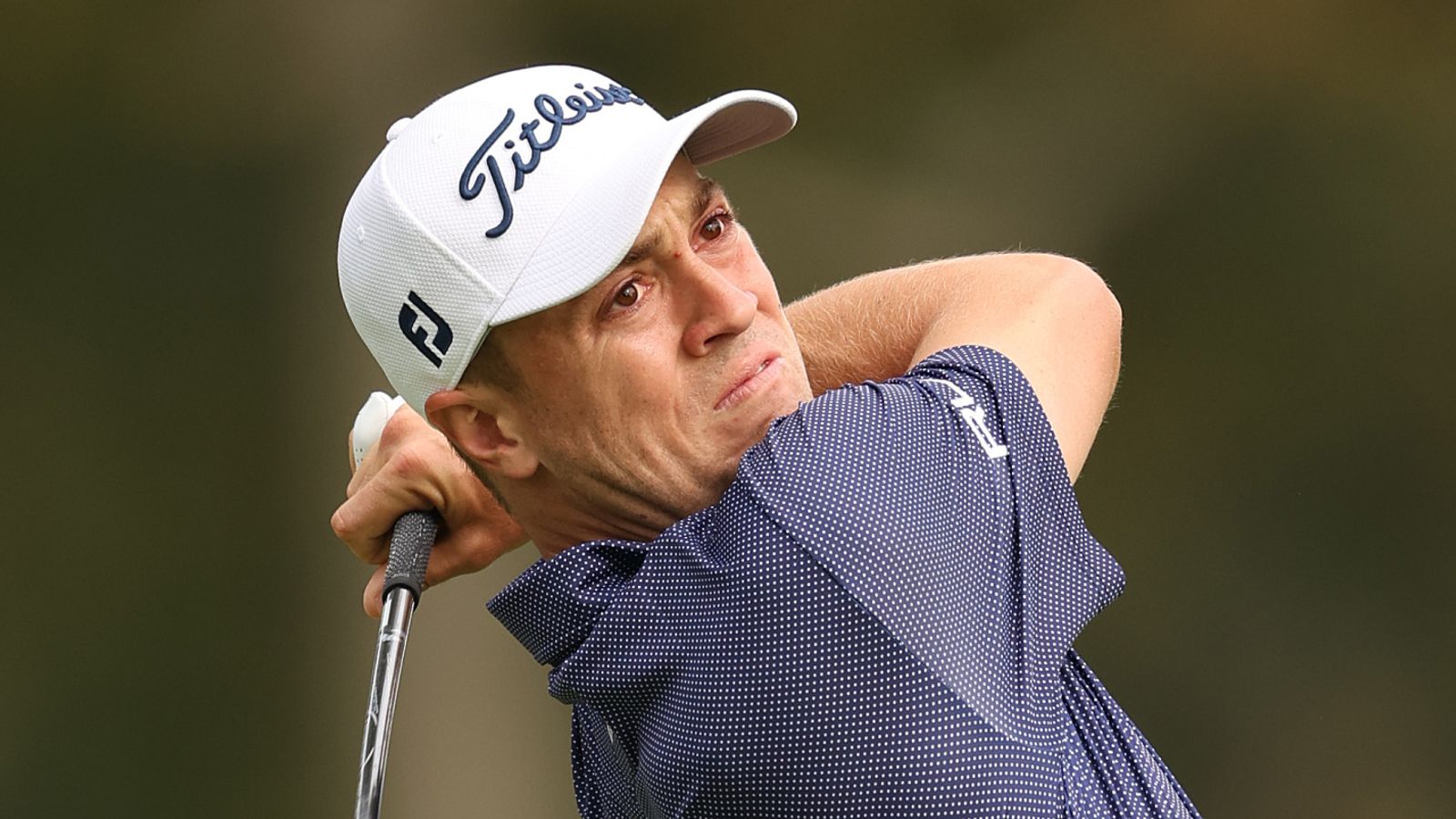 Justin Thomas led a rare day of good scoring at Winged Foot as Rory McIlroy also made an encouraging start to the 120th US Open.

McIlroy’s iron game looked in great order as he birdied three of the par-threes in a 67 that was later matched by veteran Lee Westwood, but it was a tough day for world No 1 Dustin Johnson and Tiger Woods, who both opened with 73s.

Overall scoring was better than expected, with 21 of the 144 players in the field breaking the par of 70. Thomas headed the leaderboard after an excellent six-birdie round.

He made a steady start and was one under after eight holes before making a big move around the turn, reeling off three consecutive birdies and almost adding a fourth from inside 10 feet at the long 12th.

Thomas consolidated his position with a strong run of pars and ensured he would end the day with the outright lead when he holed from 25 feet at the last.

The prospects of Reed being in contention looked remote when he ran up a double-bogey six at the fifth, but he was under the card two holes later after following a birdie at six with a superb hole-in-one at the seventh – an achievement emulated by Will Zalatoris later in the day.

A reinvigorated Reed picked up three shots in four holes on the back nine and parred in to stay at four under, with Pieters also handing in a 66 which he capped with his fifth birdie of a consistent opening round – his career best in a major.

Wolff completed the tie for second after an impressive comeback from his lone bogey of the day at the 10th, carding three birdies in a row and keeping any further blemishes at bay over the testing final five holes.

McIlroy stressed the importance of getting off to a bright start as he seeks to end his six-year wait for a fifth major title, and he was delighted to tick that box in a 67 blighted only by a three-putt bogey at the first – his 10th.

The 2011 champion began his tournament with birdie-twos at 10 and 13, and another pure iron into the short third was rewarded with a fourth birdie before he rattled in a series of clutch par-saving putts to stay at three under.

Westwood, who has five top-10 finishes in the US Open but none since 2012, mixed five birdies with two bogeys in only his fourth appearance in a major championship in three years.

Former Open champion Louis Oosthuizen was two over par halfway through his opener, but he required only 30 blows to cover the front nine, highlighted by a 148-yard hole-out for eagle at the second.

World No 2 Jon Rahm was one of the 21 to break 70 along with American Ryder Cup stars Bryson DeChambeau, Tony Finau and Rickie Fowler, but Johnson and Woods both have ground to make up on day two.

Woods made five birdies but blotted his card with six bogeys while finishing with a double-bogey six at the last that included a chunked chip from just short of the green, while Johnson looked way short of the form that led him to the FedExCup title last month.

Johnson had to dig deep after a messy double-bogey at the fourth and, although he did manage two birdies, he also dropped three more shots to slip out of the top 70, with only the top 60 and ties making it through to the weekend.