US Open: Tiger Woods missed the cut by four shots after second-round 77 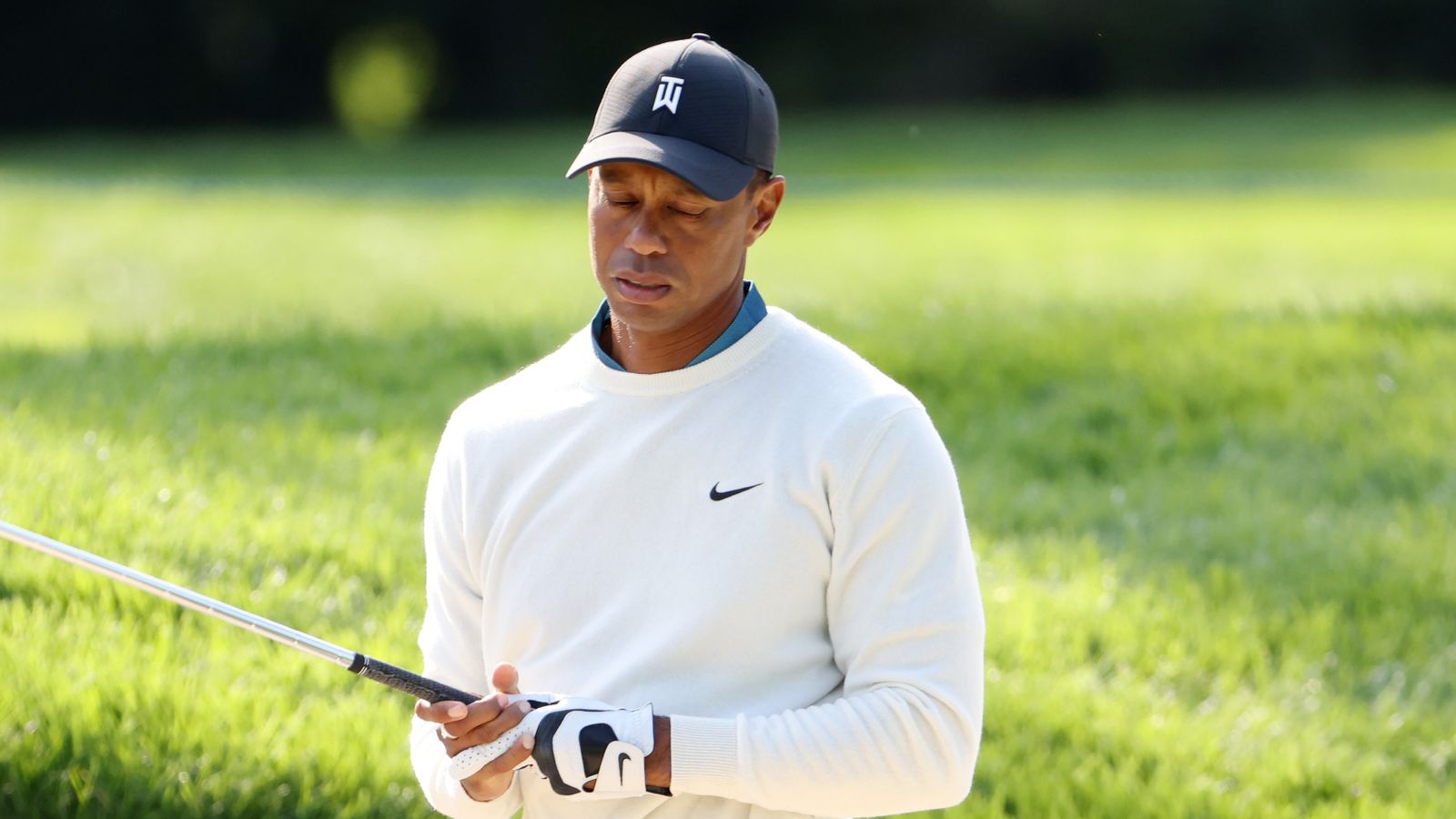 Watch how the third round unfolds on Sky Sports Golf. Live coverage from Winged Foot begins at 2pm.

Tiger Woods predicted Winged Foot will provide “a hell of a test” over the weekend, but he had to deal with the disappointment of missing the cut at the US Open.

Woods failed to make the weekend in a major for the first time as a professional when the event was last played at the New York venue in 2006, and history repeated itself 14 years later as scores of 73 and 77 saw him slide to 10 over, four too many to play another 36 holes.

The 44-year-old was hanging on at one over for the day after his first six holes, but he double-bogeyed two of the next three and his fortunes did not improve on the front nine, carding four bogeys in five holes before salvaging some pride with birdies at the seventh and ninth.

“It’s frustrating that I’m not going to be here for the weekend and be able to compete for this great championship,” said Woods, who at least finished three strokes ahead of long-time rival and six-time US Open runner-up, Phil Mickelson.

“It feels like the way the golf course is changing, is turning, that anybody who makes the cut has the opportunity to win this championship. I didn’t get myself that opportunity.

“It was frustrating that I didn’t drive the ball as well as I needed to. My iron play was pretty much the way it has been, it’s been good, and I finally putted well. But on this golf course it’s imperative that you hit fairways, and I did not do that.

“The way this golf course is changing and the way it’s gotten faster and it’s cooler, drier, the greens got a little more bumpy, you know, it’s going to be a hell of a test this weekend.

“It’s never easy to not be playing for the championship on the weekend. Now that I have kids, missing cuts has a different perspective to it, but still, the whole goal of entering an event is to win, and when I don’t give myself that opportunity over the weekend, it doesn’t feel good.”

Woods will now take some time off and confirmed his intention to defend his ZOZO Championship title at Sherwood Country Club in California next month before preparing for The Masters in November.

“I’m probably not going to be swinging a club for a little bit,” he added, before remembering he is taking part in the Payne’s Valley Cup on Tuesday, a charity event also featuring Rory McIlroy, Justin Thomas and Justin Rose.

“And then after that, I’ll take a little break and then refocus and get back after it. There’s still one more major to go, and my title defence at Sherwood. We have a couple of big, big things ahead of us.”