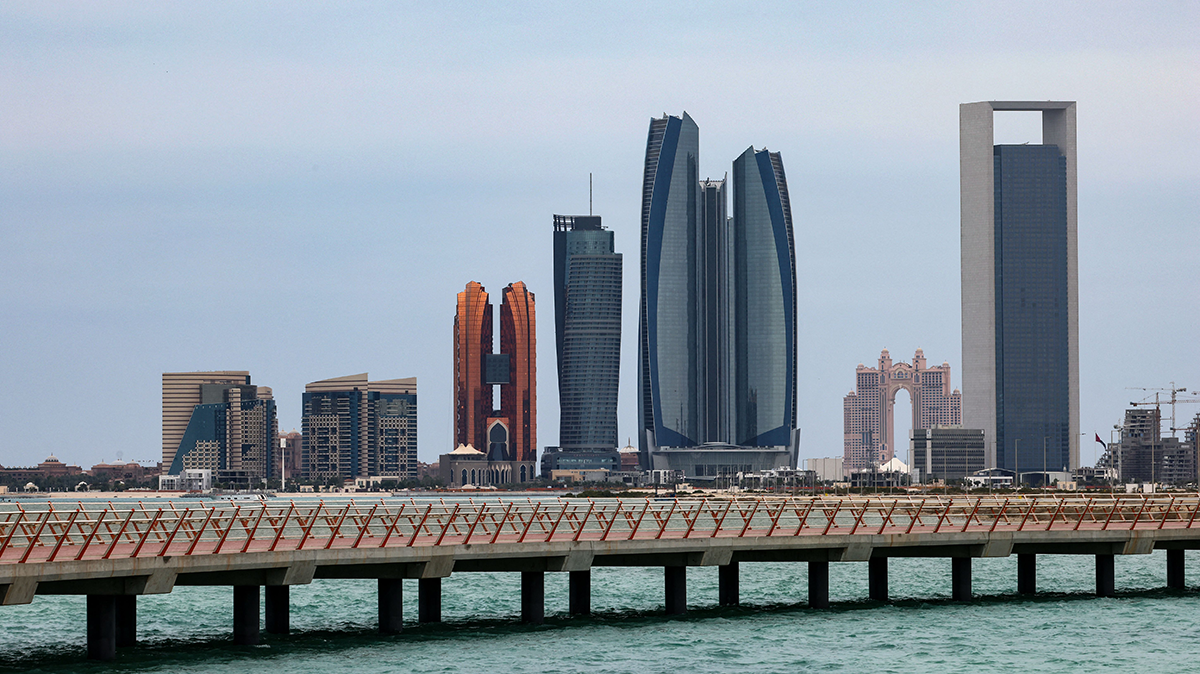 Yesterday, U.S. Central Command (CENTCOM) issued a statement confirming that â€œU.S. forces at Al Dhafra Air Base, near Abu Dhabi in the United Arab Emirates (UAE), engaged two inbound missile threats with multiple Patriot interceptors coincident to efforts by the armed forces of the UAE in the early morning hours of Jan. 24, 2022. The combined efforts successfully prevented both missiles from impacting the base. There were no U.S. casualties.â€

A few weeks before that, military bases in Iraq and Syria that house U.S. troops also were attacked. In December of last year, the U.S. embassy in Baghdad was hit when two rockets landed in the Green Zone. Luckily, like the Jan. 24 Houthi attack on the UAE, there were no U.S. casualties (though the Houthi strike of Jan. 17 did kill two Indian nationals and one Pakistani).

What these attacks and many others in the region have in common is Iranâ€™s irrefutable involvement. They may have different local contexts and their perpetrators, all loyal to Iran, may have different motivations, but every single one of those attacks was possible only because Iran provided either the weapons or the know-how to assemble and use them.

This network of Iranian proxies in Iraq, Syria, Yemen, Lebanon, Bahrain, and possibly elsewhere is what makes Tehran so deadly in the region. Itâ€™s a clever method of power projection, honed over decades, because it allows the Iranians to weaken their adversaries and achieve their strategic aims with the fewest costs possible. Iran will fight to the last Iraqi, Syrian, Yemeni, Lebanese, and Bahraini.Â

The Iranians have every intention of continuing to rely on their indirect approach because it has paid strategic dividends. Their hope is that we will continue to play their game and go after only their proxies whenever we are attacked. In the case of the Houthis, for example, Tehran expects us and our regional partners to hit the Houthis â€” and only the Houthis â€” every time they lob missiles at Al Dhafra. And in many ways, thatâ€™s exactly what weâ€™ve been doing. In January 2020, we did eliminate Iranâ€™s top military commander and architect of this proxy network, Gen. Qassem Soleimani, but we were careful to do it in the region, not on Iranian soil.

U.S. kinetic strikes on Iranian proxies, while necessary, clearly are insufficient. Simply put, there are more militias under Iranâ€™s command in the region than there are American bombs. To reestablish deterrence against Iran, we have to place our tactical/operational activities, at which we’re incredibly effective, at the service of a broaderÂ strategy. We need to make it clear to the Iranians that their asymmetric playbook, especially when it targets U.S. personnel and interests, has a steep price.Â

Weâ€™ve communicated those red lines before, and successfully so. In Iraq, we held Iran accountable for the attacks its Iraqi proxies often perpetrated against our troops using improvised rocket-assisted munitions (IRAMs) and explosively formed penetrators (EFPs). Those tools killed at least 196 American soldiers and wounded nearly 900 between 2005 and 2011.Â

But now, itâ€™s not IRAMs and EFPs that Iran is providing, itâ€™s ballistic missiles, cruise missiles, and weaponized unmanned aerial systems (UASs). Those are much more powerful weapons of war that could cause considerable physical damage to cities and critical infrastructure and kill a lot of people.Â

We have to nip this Iranian tactic in the bud before things really escalate â€” or next time we might not be so lucky and those missiles could lead to significant casualties. This is not just about defending our partners, as crucial as that responsibility is. This is about protecting our own military and diplomatic personnel in the region, as well as our core interests in that still vital part of the world to global commerce and international security.

Itâ€™s never an easy conversation when we discuss any potential use of force. But weâ€™re under attack, quite literally and regularly, and nuclear diplomacy alone, no matter what happens in the talks in Vienna, will not fix or effectively manage thisÂ growingÂ problem. We have every right to defend ourselves and our collective security interests.Â

From an operational standpoint, this requires consulting our carefully crafted Iran target list. We donâ€™t need to specify to the Iranians what we would hit inside Iran, or how, if they attack us again, but itâ€™s vital that we communicate that threatÂ credibly. The worst thing we could possibly do is issue that threat but fail to follow through. Our credibility in the region has already been jeopardized over the years because of the lack of U.S. response to various acts of aggression and intimidation by Iran. Letâ€™s at least notÂ furtherÂ weaken it and ideally bolster it partly through the measures described above.

In addition to sending a crystal-clear message to Tehran about the consequences of another potential attack (this is the deterrence-by-punishment element), we need to upgrade our defenses (this is the deterrence-by-denial element). We can do that by establishing a fusion cell based on the Houthi missile and UAS threat to provide Gulf Arab partners intelligence of activities that are a precursor to future attacks along with a real-time warning of the launch of those attacks.

We currently have a fusion cell with the Emiratis, but it is focused on al-Qaeda and the Islamic State, not the Houthis. Creating this cell will require U.S. resources, but nothing we cannot afford or that would distract from security priorities in other key theaters. Such resources could include two or three Predator tails and other nationalÂ intelligenceÂ assetsÂ that would provide persistent, high-quality intelligence and warningÂ of planned or impending attacksÂ on U.S. personnel and bases or on those of our Saudi and Emirati partners.

More broadly speaking, while immediate tactical solutions to help our regional partners deal with Houthi attacks are required, only the United States can create the kind of sophisticated regional enterprise, both military and non-military, necessary to confront the rapidly growing power of Iranian proxies across the region, including the Houthis. The question is whether Washington has theÂ politicalÂ appetite to do any of this.

There are American voicesÂ who might call such potential U.S. responses escalatory, even reckless. While thereâ€™s always risk in any U.S. response that could include the use of force, the risk of inaction is far greater because it will invite further Iranian aggression, at which point it would be virtually impossible for the United States not to strike the Iranians hard and deep.

It is precisely such a scenario we should try to prevent, and it all starts with reestablishing deterrence. Most important of all in this equation â€” something more risk-averse advocates should never forget â€” is that Iran is the aggressor and it still has a say over what we choose to do. It can decide to stop its strategic weapons shipments to its proxies and deescalate, or it can continue with its vastly irresponsible approach but suffer the consequences.

Kevin Donegan is a Distinguished Senior Fellow on National Security at MEI.

Mick Mulroy is a Non-Resident Senior Fellow at MEI and Co-Director of the Yemen Steering Initiative.

Joseph Votel is a distinguished senior fellow on national security at MEI.Â