US says citizen killed in Iran strikes on Iraqi Kurdistan 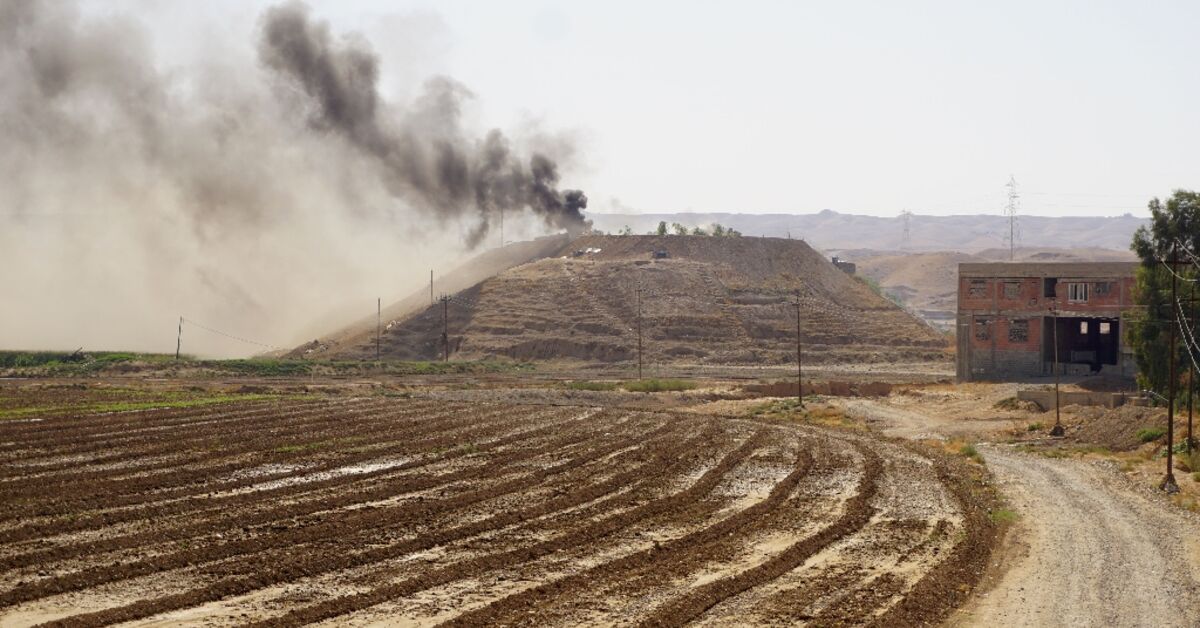 The United States said Thursday that one of its citizens was killed in Iranian strikes on Iraqi Kurdistan as it separately announced fresh enforcement of sanctions on Tehran’s oil sales.

Iran’s clerical state on Thursday carried out cross-border strikes, with 13 reported dead, amid unrest at home sparked by the death in custody of an Iranian Kurdish woman by the notorious morality police.

“We can confirm that a US citizen was killed as a result of a rocket attack in the Iraqi Kurdistan region” on Thursday, State Department spokesman Vedant Patel said.

Citing privacy laws, he declined further details. But he reiterated US denunciations of the strikes.

Asked if there would be retaliation, Patel said the United States has “a number of tools and a number of lines of efforts to continue to hold Iran accountable for its destabilizing actions in the region.”

The United States has imposed sanctions on the morality police — accused by protesters of killing in custody 22-year-old Mahsa Amini after she violated the Islamic republic’s strict rules on women’s dress — and has worked to support restoration of internet access inside Iran.

The unrest following Amini’s death on September 16, which has killed dozens, came as President Joe Biden’s administration negotiates indirectly through the European Union on returning to a 2015 nuclear deal scrapped by his predecessor Donald Trump.

If Tehran agrees to the terms for returning to compliance with the deal, known formally as the Joint Comprehensive Plan of Action, the United States would lift its unilateral ban on other nations buying Iranian oil.

The Biden administration made clear Thursday it was enforcing sanctions for now, announcing punitive measures over Iranian oil trading of companies in China, India and the United Arab Emirates as well as Iran.

“As Iran continues to accelerate its nuclear program in violation of the JCPOA, we will continue to accelerate our enforcement of sanctions on Iran’s petroleum and petrochemical sales under authorities that would be removed under the JCPOA,” Secretary of State Antony Blinken said in a statement.