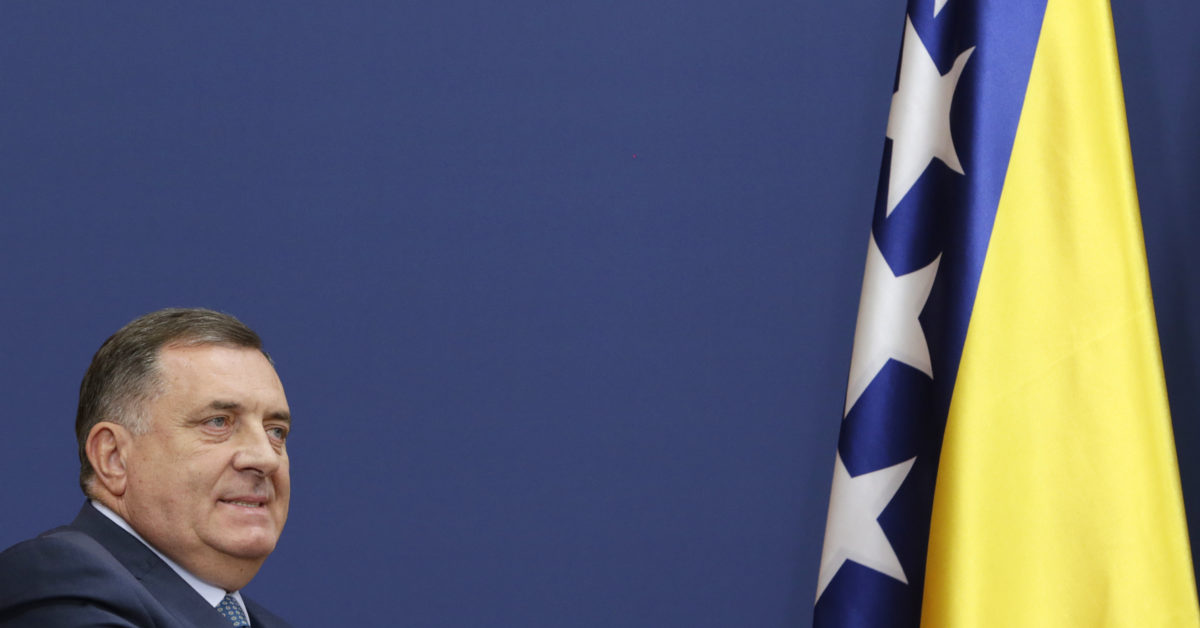 The U.S. said Dodik â€” the current Serb representative in the countryâ€™s threeway presidency, who has threatened to create a breakaway Serb army â€” had undermined Bosnian institutions and threatened the countryâ€™s territorial integrity through a combination of corruption and â€œdivisive ethno-nationalistic rhetoric.â€

In addition to his subversive actions, â€œDodik has used his official BiH position to accumulate personal wealth through graft, bribery, and other forms of corruption,â€ the U.S. Treasury said. â€œCumulatively, these actions threaten the stability, sovereignty, and territorial integrity of BiH and undermine the Dayton Peace Accords, thereby risking wider regional instability.â€

Sanctions were also leveled at Alternativna Televizija d.o.o. Banja Luka (ATV), a media outlet linked to Dodik. The U.S. said Dodik â€œexerts personal control over ATV behind the scenes, such as by requiring personal approval on media stories related to politically sensitive topics.â€

Regional experts fear that the 1995 peace deal holding Bosnia together is under threat.

â€œMilorad Dodikâ€™s destabilizing corrupt activities and attempts to dismantle the Dayton Peace Accords, motivated by his own self-interest, threaten the stability of Bosnia and Herzegovina and the entire region,â€ said Brian E. Nelson, undersecretary of the U.S. Treasury for terrorism and financial intelligence.Â

In December, the EU, U.S., U.K., Germany, France and ItalyÂ condemnedÂ a move by lawmakers in the Bosnian Serbsâ€™ autonomous republic toÂ start a processÂ of withdrawal from key national institutions in Bosnia and Herzegovina, warning it threatened stability in the whole Balkan region.