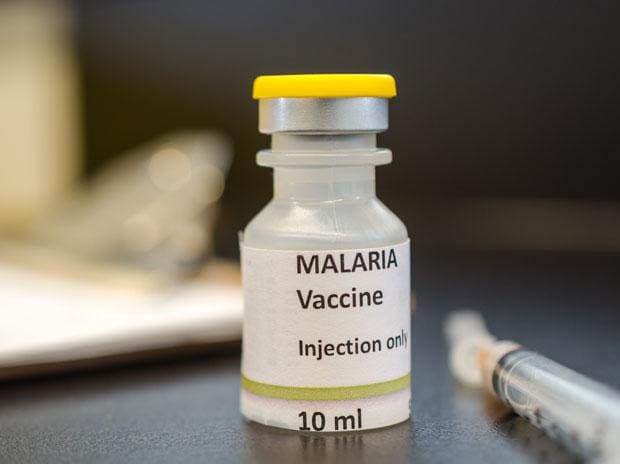 
At present, there are several candidates in the works with the Serum Institute of India (SII), Bharat Biotech, and Zydus Cadila all working on either developing or manufacturing anti-malarial vaccines.

As for dengue, French firm Sanofi and Japanâ€™s Takeda are looking to bring their vaccines here.


SII, the worldâ€™s largest vaccine maker, and Novavax are collaborating for phase-3 clinical trials of the Oxford Universityâ€™s Jenner Instituteâ€™s malaria vaccine on over 4,800 children in four African countries. It has shown 77 per cent efficacy in trials on infants, the first vaccine to cross the World Health Organizationâ€™s (WHO) target of 75 per cent efficacy.


â€œWork has begun in the last few months on this,â€ said a source close to the development, without divulging details on India-specific plans. Industry insiders say regulators would require local trial data before allowing it.


â€œData on safety and immunogenicity, even if on a small cohort, would be sought by the regulator here even if they decide to base their decision of approval on global efficacy trial data,â€ said a senior official of a vaccine firm. This could extend the timelines for availability here.


Adar Poonawalla, chief executive officer of SII, could not be reached for a comment on when he wished to start the Indian arm of the trial.


Besides, most of the vaccines being developed, in fact, are targeted at African countries. GSKâ€™s plasmodium falciparum malaria vaccine (RTS,S/AS01E tentatively branded Mosquirix), which Bharat Biotech will produce will initially go to African countries. The tech transfer of the vaccine has begun. The antigen RTS,S will be made by Bharat Biotech, while GSK will supply the adjuvant.


GSK, which has developed the vaccine over 30 years, is currently piloting it in Ghana, Kenya, and Malawi under the Malaria Vaccine Implementation Programme (MVIP). The WHO said last week that it has recommended widespread use of the GSK vaccine for children in sub-Saharan Africa.


Sources close to the development said Bharat Biotech is currently working on setting up the manufacturing site. Hence, it would take a few years before the vaccine becomes available either in African nations or in India. Bharat Biotech will be the sole supplier of the vaccine till 2029 and will supply 15 million doses annually to these African countries.


â€œA new facility is being constructed at Bhubaneswar for manufacturing the malaria vaccine. The process of technology transfer has already started,â€ said a source close to the development. The person added that it would take two to three years before the vaccine is ready.


â€œBharat Biotech will have to take regulatory approvals from the Indian drug regulators before manufacturing,â€ the source added.


Closer home, Zydus Cadila too has a candidate for malaria, being developed by its Vaccine Technology Centre in Ahmedabad. It is also working on vaccines for Haemorrhagic Congo Fever, Ebola, and Japanese Encephalitis, among others.


Zydus has started work on an anti-malarial compound (ZY19489) along with Swiss partner Medicines for Malaria Venture (MMV). The drug has completed phase-1 clinical trials. It is a single-dose cure for plasmodium falciparum and plasmodium vivax.


Meanwhile, Takeda Pharmaceuticals has initiated discussions with the Indian regulator for its dengue vaccine that has prevented 83.6 per cent of hospitalisations and 62 per cent of dengue illness overall.


Around July Sanofi had sought marketing authorisation for its dengue vaccine from the Central Drugs Standards Control Organisation (CDSCO). â€œSanofi has already presented data from phase-2 clinical trials in the country before the expert committee along with efficacy results from studies from other countries,â€ said a person close to the development at the regulatorâ€™s office.


The Subject Expert Committee (SEC) advising the CDSCO has asked the French drugmaker to identify endemic areas for dengue based on the Indian Council of Medical Researchâ€™s serosurvey. This vaccine can be given only to children and those who have had at least one laboratory confirmed case of dengue. This is a hurdle for the Sanofi vaccine, as a lab test to confirm a previous infection of dengue is not available in India as of now.