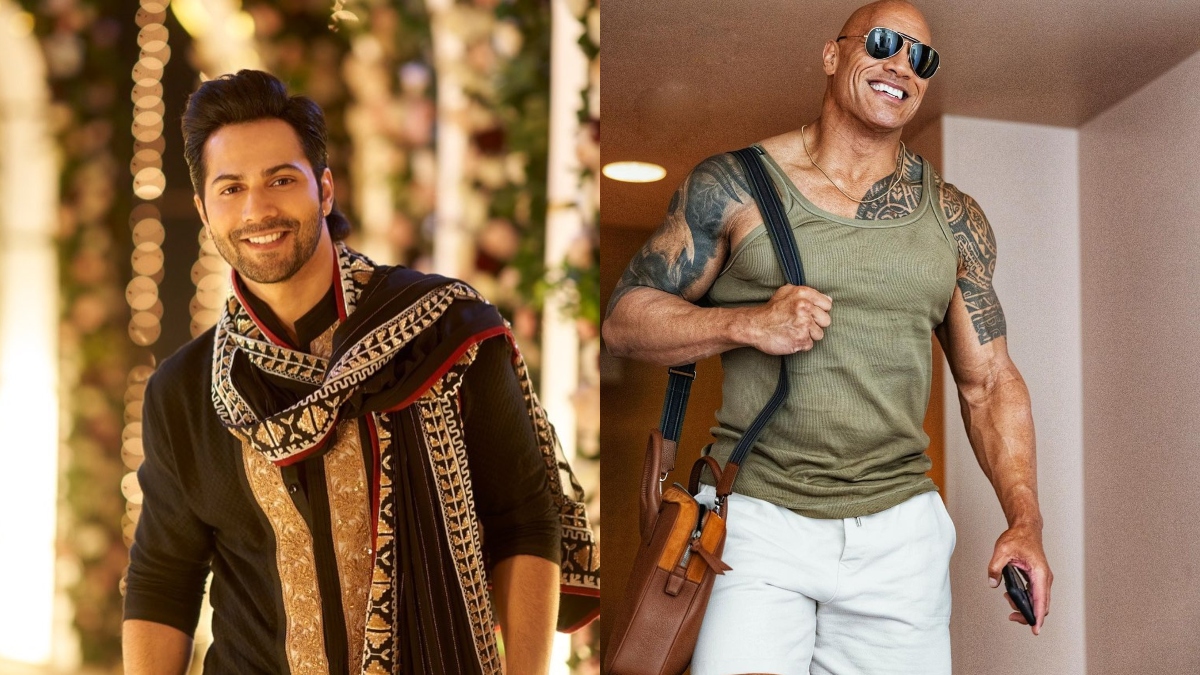 A twitter interaction between the heartthrob of Bollywood Varun Dhawan and Hollywood superstar Dwayne Johnson is winning the internet. As the Rock is awaiting the release of his upcoming movie ‘Black Adam’, Varun was seen expressing his excitement for the movie. The ‘Jumanji’ actor expressed his gratitude and thanked India for the love and support he has been getting for his movie. He tweeted, “Thank you INDIA , Appreciate all the #BlackAdam love (and over the years as well. Book your tickets now – this is a true theatrical experience. Great to connect with all the press from your country last week! Love U back and enjoy the movie!! #ManInBlack #JSA #BlackAdam”.

Warner Bros. India, on Saturday, posted a clip on Twitter and wrote, “Only 5 MORE DAYS TO GO until the power and fury of #BlackAdam unravels at the cinemas. Watch Black Adam in cinemas in India from OCTOBER 20 onwards in English, Hindi, Tamil & Telugu. Also in IMAX.” It also tagged Dwayne.

Varun Dhawan retweeted Dwayne’s post and wrote, “Let’s goo finally gonna get to see my hero back on big screen @TheRock  #BlackAdam”. The conversation went ahead and Dwayne replied, “Thank you my brotha! Can’t wait for you to see the film.15 long years of fighting to get this made. Well worth the wait. Let me know what you think and keep kickin ass”. Varun Dhawan had previously interacted with the Hollywood actor on Twitter when he heaped praises at him for his 2019 release Hobbs & Shaw. Dwayne Johnson had then written back saying, “you’re the best”.

Dwayne’s much-awaited Black Adam will make its debut in Indian theatres on October 20, a day earlier than its global release. The film is a spin-off of Warner Bros and New Line Cinema’s Shazam, featuring Zachary Levi. The character first appeared in DC Comics in the 1940s as a villain corrupted by power. He became an anti-hero in the early 2000s.

On the work front, Varun Dhawan is gearing up for the release of his film Bhediya opposite Kriti Sanon. He also has Nitesh Tiwari’s next with Janhvi Kapoor, in the pipeline.