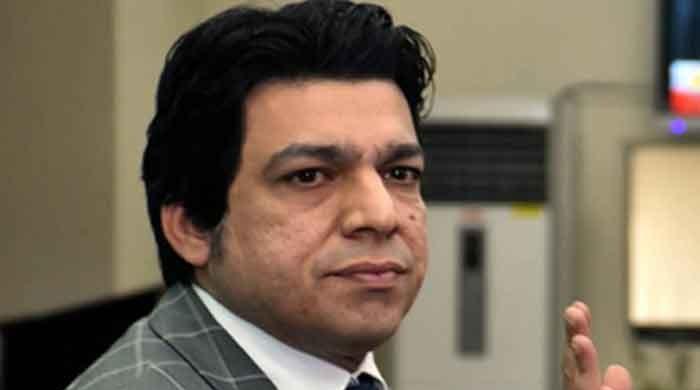 Employees of multinational companies are “trained to lie with fluency”, Federal Minister for Water Resources Faisal Vawda has said.

Speaking in ARY News’ programme “Off The Record”, Vawda said: “Multinational [companies] train people in the art of lying […] Those who have worked there present lies like the truth.”

When asked whether the accusations Vawda made were towards former Sindh governor Muhammad Zubair or Federal Minister for Planning and Development Asad Umar, he said: “Mr Zubair said that Fawad Chaudhry had remarked that the government has failed.”

“I tell Mr Zubair to point out one word that suggests such a thing was said [by Chaudhry]. I will resign from my post,” the minister said.

Vawda’s remarks were in reference to Chaudhry’s interview on Monday with Voice of America during which he made startling claims of the infighting between members of the PTI.

“They think they (multinational workers) know everything and consider others useless,” he went on to say.

Zubair interjected to say that he knew where the federal minister actually intended “to hit”, implying that Vawda’s words were such that he meant to loop his brother Umar into the argument.

The former governor went on to explain that his use of the word “failure” was intended in a broader sense.

“The thing is â€” and you can even send the interview for review by Harvard Business School â€” the interview is largely an acceptance that the government had failed to do what it set out to do,” he said.

Zubair said that if one listens to the interview again, it was clearly stated by Chaudhry that the party had the vision to achieve great things, but that they all had suffered setbacks.

Vawda lashes out at Umar, Qureshi

A day earlier, a heated debate took place at a cabinet meeting regarding Chaudhryâ€™s interview, The News reported.

According to sources privy to the meeting, two senior cabinet members â€“ Umar and Shah Mahmood Qureshi â€” objected to the interview, saying Chaudhry had acted very irresponsibly while speaking to the media.

Chaudhry, reacting to the criticism, said that journalist Suhail Warraich had sought his political analysis, and he told him that infighting between Jahangir Khan Tareen, Umar, and Qureshi had damaged PTI a lot, especially the political element in the party.

During the cabinet meeting, Vawda came down hard on Umar and Qureshi, alleging that they both wanted to become the prime minister. â€œThere is no doubt in it at all,â€ he claimed. He said their internal rift had damaged the government.

Vawda said that it was always claimed in the cabinet meeting that â€œall is wellâ€, but ground realities are different.

Chaudhry, in his interview, said that infighting between Qureshi, Umar, and Tareen harmed the party and has been one of the main reasons behind Prime Minister Imran Khanâ€™s vision not going according to plan.

â€œThere were a lot of expectations from PTI and Imran Khan,â€ Chaudhry said. â€œThe public had not elected us or the prime minister to fix nuts and bolts but to reform the system.â€

Chaudhry said that problems arose when the government was formed and differences between Umar, Tareen and Qureshi increased. “These differences pushed the entire political class out of the game altogether.”