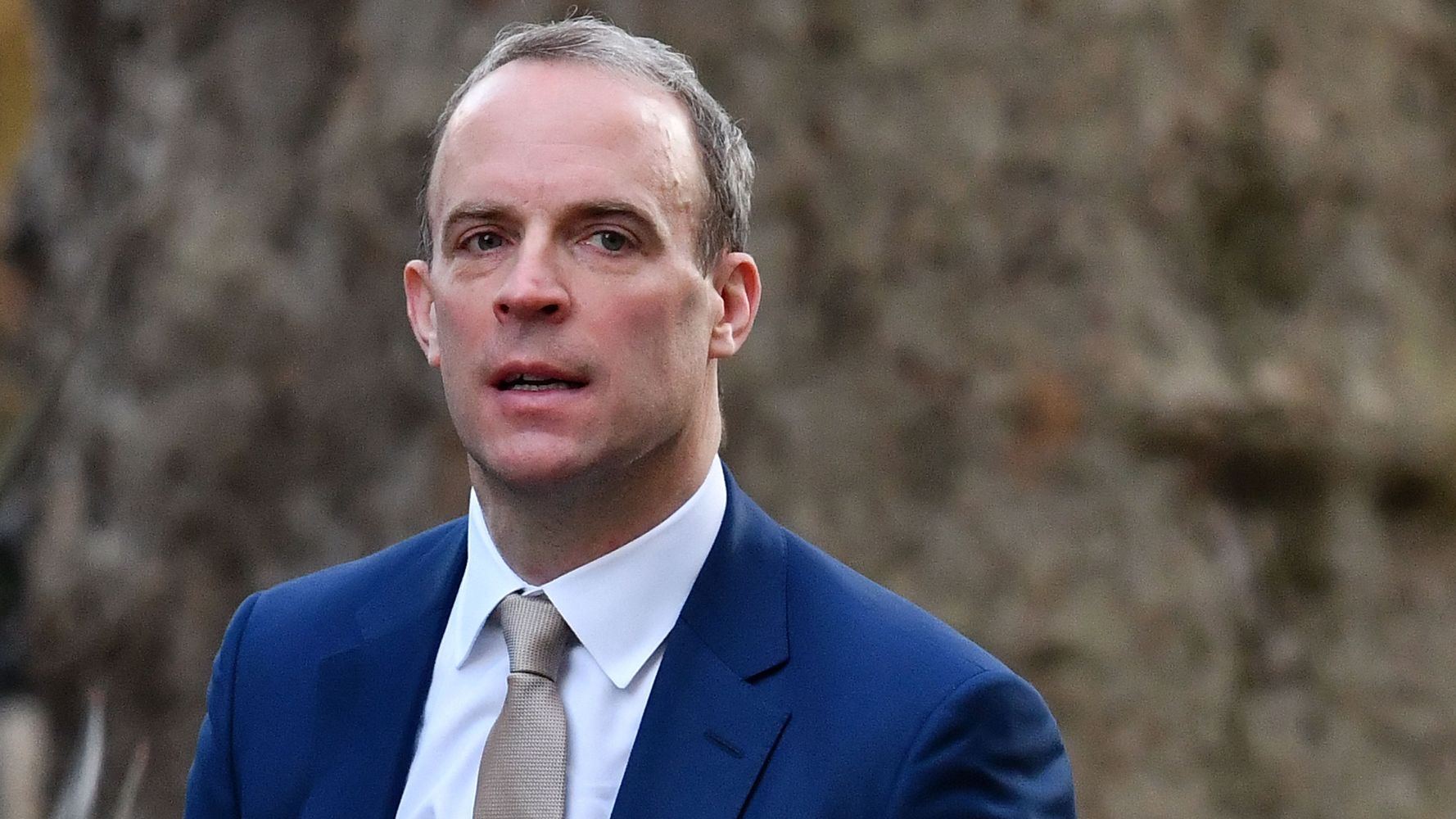 There is a â€œvery significantâ€ risk that Russia will mount an invasion of Ukraine, deputy prime minister Dominic Raab has warned.

Raab, the former foreign secretary, said the UK would stand â€œshoulder to shoulderâ€ with Ukraine in the event of a Russian invasion, but said it was â€œextremely unlikelyâ€ the UK would send out troops to assist with any fightback.

Raab said the UK would instead levy economic and financial sanctions on Moscow as punishment.

â€œBut also, to the international community, to Nato allies in the West, weâ€™re standing shoulder to shoulder saying there will be very serious consequences if Russia takes this move to try and invade and also install a puppet regime.â€

Raab, who is also justice secretary, said it was â€œvery clear there is a concerted not just military buildup on the border but a threat to the democracy, the integrity of Ukraineâ€.

Asked if the UK would send troops to help in the event of an invasion, Raab said: â€œItâ€™s extremely unlikely we would do that but what we can say is weâ€™re already willing and engaging in training programmes to support Ukrainians defending themselves, thatâ€™s absolutely right.â€

Tensions between Russia and Ukraine have been high since Moscow annexed the Ukrainian peninsula of the Crimea in 2014.

There are currently 100,000 Russian troops amassed at the border with Ukraine, a former Soviet state. Moscow claims it has no intentions to invade and that they are there purely for military training purposes â€” but Ukraine is fearful of an incursion.

Russia has been locked in talks with the US to ease tensions but so far they have not found agreement.

Vladimir Putinâ€™s list of demands â€” including a guarantee that Ukraine will never become a member of Nato, that Nato ends its security alliance with Ukraine and that numbers of Nato troops in eastern Europe are reduced â€” have been rejected as unreasonable by the West.

Asked by the BBCâ€™s Sunday Morning programme if he thought Russia would invade, Raab said: â€œI think there is a very significant risk of it.â€

He added: â€œThe world needs to keep its eye on this and be very clear with President Putin that it would not do this cost-free, that there would be a price.â€

In a statement on Saturday, the UKâ€™s Foreign Office said it had â€œinformationâ€ to suggest the Kremlin â€œwas looking to install a pro-Russian leader in Kyiv as it considers whether to invade and occupy Ukraineâ€, citing former Ukrainian MP Yevhen Murayev as a potential candidate.

According to Reuters, the Russian foreign ministry dismissed the claims as â€œdisinformationâ€ and accused Britain and Nato of â€œescalating tensionsâ€ over Ukraine.

Asked by Sky what the UK would do if its fears of a puppet regime in Ukraine materialised, Raab said: â€œWe wouldnâ€™t telegraph all of the measures that we would take, but itâ€™s important that this very clear message not just from the UK, but from all Nato and other interested countries around the world who want to uphold the rule of law, that thereâ€™ll be very serious economic consequences.â€

Vadym Prystaiko, Ukraineâ€™s ambassador to the UK, said he believed Britainâ€™s accusation that Putin is plotting to install a pro-Moscow leader as head of the government in Ukraine.

He told Sky News: â€œI do believe that. Itâ€™s not the first time theyâ€™re trying to do so, historically, and in recent times.â€

Asked if he and the Ukrainian government genuinely feared an invasion from Putin, Prystaiko pointed out there has been a Russian presence for almost eight years.

He said the issue was whether thee would be a a â€œfull-scale invasionâ€ or â€œsmaller things just to annoy us and the rest of the world to show his [Putinâ€™s] strengthâ€.