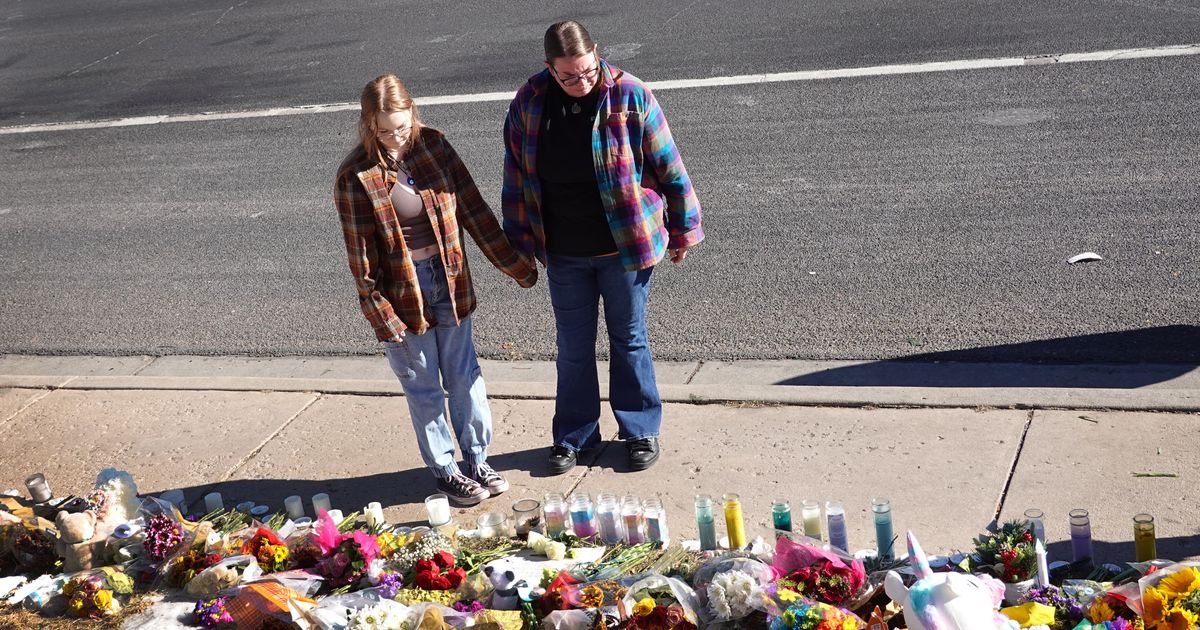 The Colorado Springs Police Department has identified the five people killed by a gunman who stormed an LGBTQ+ nightclub this past weekend.

Their names are Kelly Loving, Daniel Aston, Derrick Rump, Ashley Paugh and Raymond Green Vance. The department also tweeted out photos of each of the victims, who were killed after the gunman entered Club Q late Saturday night with an AR-15-style rifle and a handgun.

Department Chief Adrian Vasquez read aloud the names and preferred pronouns of the victims at a Monday press conference.

“Too often, society loses track of the victims of these sad and tragic events in all the talk of the suspect. We strive to give the victims the dignity and respect that they deserve, as well as shine the light of public attention on the victims,” he said.

“We respect all of our community members, including our LGBTQ community; therefore, we will be identifying the victims by how they identify themselves and how their families have loved and identified them,” he said before sharing their names and pronouns.

The victims’ families are not giving any media interviews at this time, Vasquez added.

Vasquez also identified “the two heroes who intervened inside of Club Q” as Thomas James and Richard Fierro.

Jessica Fierro, who was at the club with her husband and other family members celebrating a birthday when the shooting broke out, has spoken out about how her husband, a 45-year-old Army veteran, sprang into action.

“My husband knocked the guns out of his hands and took the pistol and literally started hitting the guy with it,” she told NBC News on Monday. She added that her daughter’s boyfriend was among those killed, that her two best friends were shot and that her daughter broke her knee while running for cover from the shooter.

Colorado Springs Mayor John Suthers said at Monday’s press conference that he’d spoken with Richard Fierro since the tragedy and credited him with saving many lives.

“I have never encountered a person who had engaged in such heroic actions that was so humble about it,” Suthers said. “He simply said to me, ‘I was trying to protect my family.’”

Michael Allen, the district attorney for the state’s 4th Judicial District, clarified Monday that no charges have been filed yet against the lone suspect, 22-year-old Anderson Lee Aldrich. He is currently being held without bond.

In addition to the five people killed, 25 people were injured at Club Q, including 19 by gunfire.