VIDEO | Manie Libbok magic: Is this the try of the season? 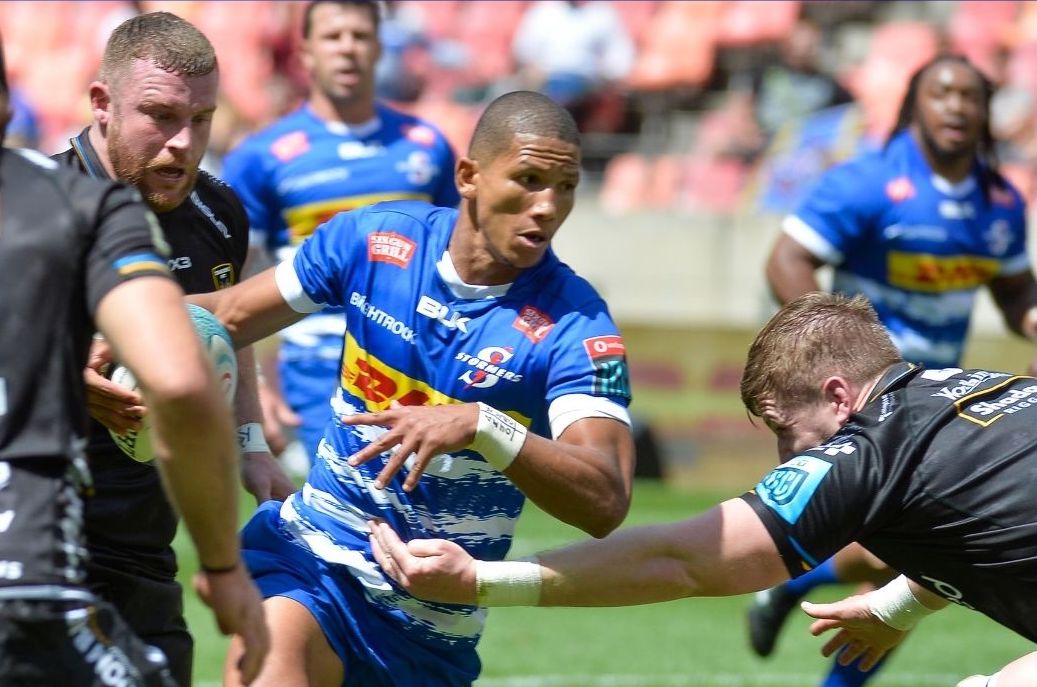 The Stormers extended their unbeaten home record to 15 games after a ruthless first-half performance helped them defeat the Dragons 34-26, with Libbok producing another standout performance.

One of the highlights from that first-half performance was certainly the stunning solo try scored by the talented flyhalf, who once again displayed the sort of form that earned him a call-up to the Springboks recently.

You can check out the superb try from Libbok below:

To recap, the Stormers’ brand of sunshine rugby matched perfect conditions at the Nelson Mandela Bay Stadium in Gqeberha as the URC champions cut loose during a dominant opening 40 minutes.

But the Dragons fought back superbly, claiming a losing bonus-point and outscoring their hosts during a second period that produced tries for props Aki Seiuli and Josh Reynolds while JJ Hanrahan also crossed.

Hanrahan added conversions of wing Jordan Williams’ first-half score and his own try and substitute Will Reed booted a conversion as Stormers’ second-half points were restricted to a couple of Libbok penalties, which followed three earlier conversions for a 17-point haul.

The Stormers quickly made their intentions clear, moving possession wide and stretching the Dragons defensively.

But it was from a set-piece that the home side went ahead, driving a close-range lineout that ended with Pokomela – a late inclusion in Stormers’ starting line-up – touching down.

Libbok converted and the Stormers increased their lead seven minutes later in carbon-copy fashion when another lineout surge saw Dweba score and Libbok add the extras.

The Dragons had no answer to such physical power yet Stormers then showcased their attacking game, cruising to a try bonus-point in spectacular fashion.

Libbok and Blommetjies each added conversions and although Williams claimed an interception try on the stroke of half-time, the Dragons had a mountain to climb at 28-7 adrift.

Seiuli opened the second-half scoring after a Dragons lineout surge before a Libbok penalty took his team past 30 points and he added another when wing Sio Tomkinson was yellow-carded following an off-the-ball challenge.

The Dragons, though, displayed admirable resolve, finishing strongly to dominate the second-half scoreboard 19-6.

Man of the match

He scored a dazzling 50-metre solo try, and landed five from five off the tee through three conversions and two penalties.

He mixed and matched his game magnificently, consistently taking the right options.