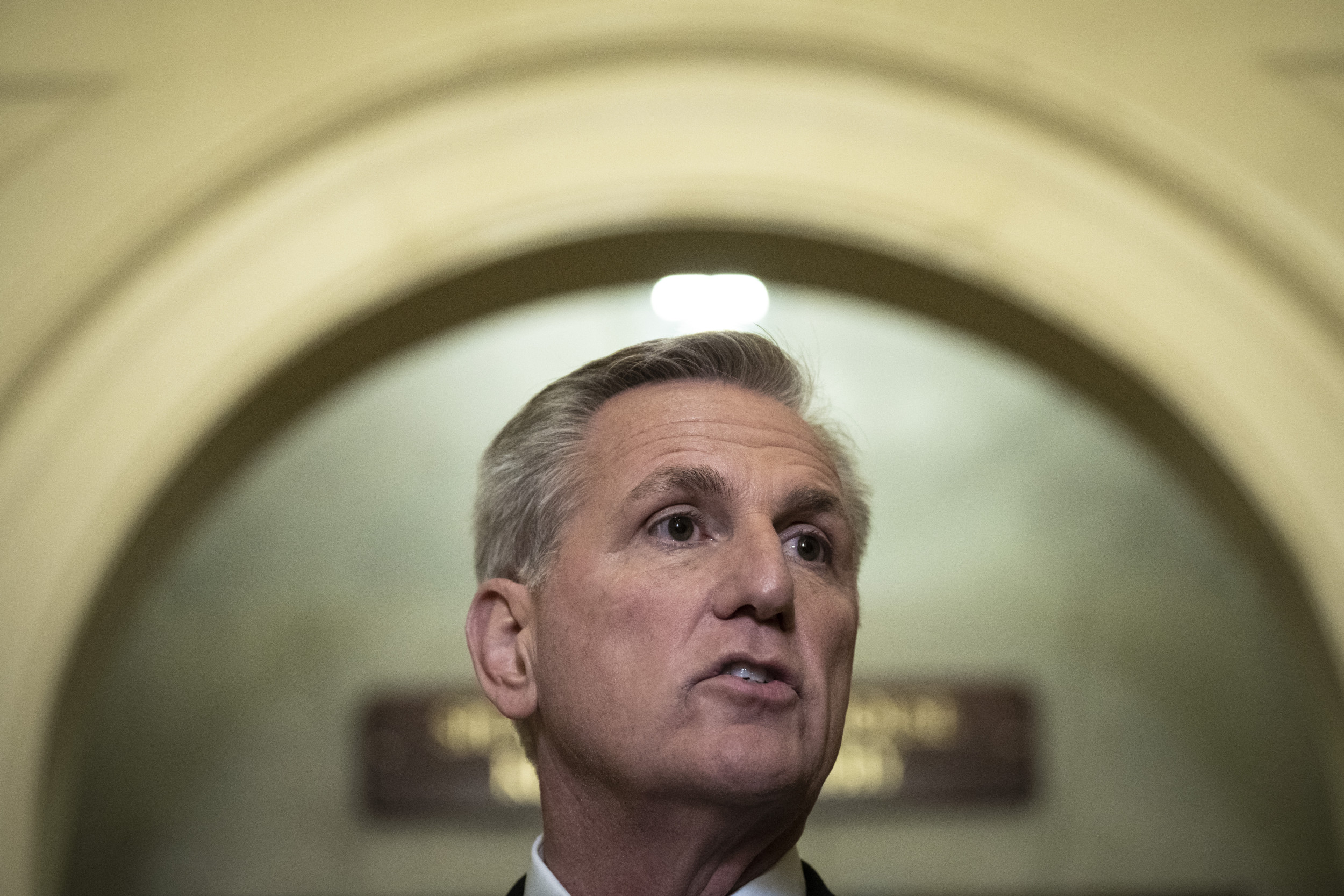 House Speaker Kevin McCarthy snapped at reporters asking him a series of challenging questions about George Santos on Tuesday, including how he could stand by the New York congressman after it was revealed that he lied about much of his background.

“You know why I’m standing by him? Because his constituents voted for him,” McCarthy told reporters at a news conference on January 24 in a video that has since gone viral online. “I do not have the power, simply because […] I disagree with somebody on what they have said [to] remove them from elected office.”

The California Republican added that Santos will only be removed if he’s found to have violated the law by the House ethics process. “But it’s not my role. I believe in the rule of law—person’s innocent until proven guilty,” he continued.

Questioned by reporters about giving the disgraced New York congressman House committee assignments despite being hit by scandal after scandal in recent weeks, McCarthy repeated the same answer: Santos was elected by his district.

“You asked me a question. When I answer it, it’s the answer to your question. You don’t get to determine whether I answered your question or not, okay? In all respect,” McCarthy responded to the reporter.

After McCarthy pledged that Santos would “get seated on committees,” several news outlets have reported that the embattled newly elected congressman has been placed on the small business committee, and the science, space, and technology committee.

When asked to address issues surrounding Santos and his committee appointments, McCarthy attacked California House Democrat Adam Schiff, who he accused of using his power as chairman of the House Permanent Select Committee on Intelligence to lie to the American public.

The House Speaker recently rejected the reappointments of Schiff and Democrat Eric Swalwell to the House intelligence committee.

McCarthy then added that Santos “can serve on a committee, but he can’t serve on Intel, because it goes to the national security of America, and I will always put them first.”

McCarthy—together with the GOP national leaders—have been resisting bipartisan calls for Santos to resign from both New York Republicans and Democrats, likely seeking to hold on to their narrow majority in Congress.

But Santos’ troubles have continued to multiply in recent weeks.

After it was revealed that he lied about several aspects of his biography during his electoral campaign—including graduating from college and working for two major Wall Street firms—last week Santos admitted to having performed in drag after repeatedly denying it despite evidence to the contrary.