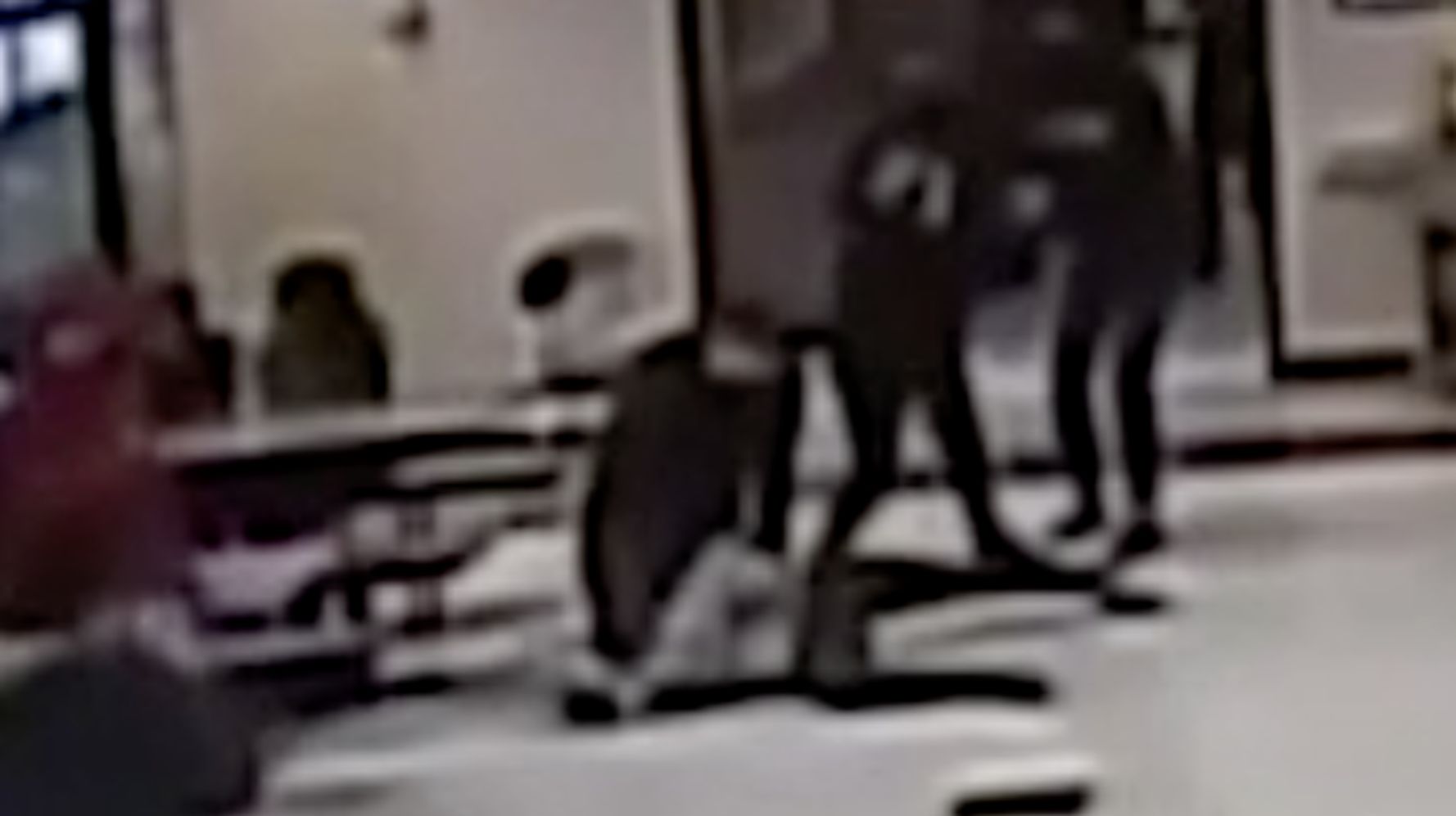 A Wisconsin police officer has resigned from his off-duty school security position after a surveillance video showed him kneeling on a 12-year-old girlâ€™s neck while restraining her during a lunchroom fight.

Kenosha Officer Shawn Guetschow was moonlighting for the Kenosha Unified School District when he was seen on the video attempting to break up the March 4 fight at Lincoln Middle School by pinning the girl to the floor.

â€œThis mirrored the same maneuver that Derek Chauvin used to murder George Floyd,â€ attorney Drew DeVinney, who represents the child and her father Jerrel Perez, said at a news conference last week. â€œThe officer continued to push his knee into Perezâ€™s daughterâ€™s neck as she told him she couldnâ€™t breathe.â€

Police in Wisconsin last year were banned from using chokeholds, except in life or death situations, following Floydâ€™s 2020 killing at the hands of Minneapolis police.

Guetschow resigned from the part-time school security position on Tuesday. An email announcing his decision, shared by the district, cited â€œmental and emotional strainâ€ on his family and a â€œlack of communication and or supportâ€ from the district.

â€œAs it appears that this incident may lead to litigation, the district will provide no further details at this time,â€ a district spokesperson told HuffPost.

Guetschow remains employed by Kenosha police while the investigation into the incident continues, the department said on Facebook.

DeVinney said he plans to file a lawsuit against Guetschow, the Kenosha Police Department and the Kenosha Unified School District. He said the restraint left the sixth-grade girl with neck injuries that require therapy and a neurological evaluation.

Perez said his daughter is â€œtraumatizedâ€ and embarrassed.

â€œEvery day I got to hear â€˜Daddy I donâ€™t want to go to school.â€™ It breaks me because I was not there to help her,â€ Perez said. â€œAs a father I feel like I let her down because I couldnâ€™t help her. I want to see this officer get charged because if it was me, or another parent or any adult that put their knee on a kid, that would be abuse. Why would that make you any different?â€

Perez added that his 6-year-old son has since told him that he doesnâ€™t want to be a police officer anymore. â€œAnd that hurts me,â€ he said.

DeVinney said the fight started because the girl was being bullied by a classmate.

Kenosha is where a different police officer shot 29-year-old Jacob Blake seven times in August 2020, paralyzing him from the waist down. That cop wasnâ€™t charged in the shooting, which sparked nationwide protests.