Video: The U.S. Military Said It Was an ISIS Safe House. We Found an Afghan Family Home. 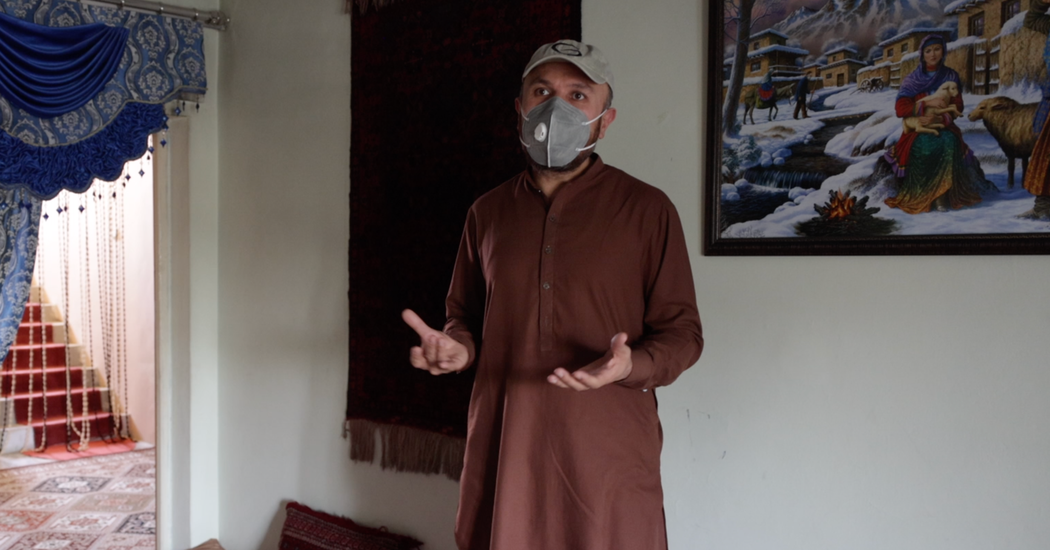 On Aug. 29, a U.S. drone strike killed Afghan aid worker Zemari Ahmadi and nine other civilians. The military admitted it was a tragic mistake, but doubled down on one claim: that Ahmadi stopped at an alleged Islamic State safe house and thatâ€™s why they started tracking him. â€œSo Point 1 on the map, we do assess very definitely associated with ISIS-K.â€ But when The Times went to that alleged safe house, this is what we found â€¦ â€¦ the home of Ahmadiâ€™s boss. Eight hours after Ahmadi stopped here, the military launched the deadly drone strike. So how did this go so wrong? The military, under pressure of what they thought was an imminent threat to the airport, made its first mistake by incorrectly identifying a family home as an Islamic State safe house, which set off a string of fatal errors. To this day, the Pentagon is still unsure about the exact location of that safe house. But a senior military official told The Times they are now exploring the possibility that it may have actually been a neighboring house. One week after a Times story refuted the Pentagonâ€™s account of the strike, officials admitted they killed Ahmadi and his family by mistake. â€œAs many as 10 civilians, including up to seven children, were tragically killed in that strike.â€ And they provided additional details about Ahmadiâ€™s stop at the alleged safe house. â€œA white Toyota Corolla arrived at Point No. 1. Two adult males exited the vehicle, met with an adult male in the compound and received a bag from him.â€ They were confident, a senior military official told The Times, because the information came from the same intelligence sources that had warned about an airport suicide attack days earlier. But The Times interviewed Ahmadiâ€™s boss, Walid, several times. We are only using his first name for his safety. Walid recounted what happened when he got to work the morning of the strike, and showed us the security camera footage from his office, Minutes after Walid called, Ahmadi and a colleague arrived at his house to get the laptop. The military said that as many as six MQ-9 Reaper drones were watching from above. Because of this stop, they tracked Ahmadi for the rest of the day. In security camera footage, we see Zemari Ahmadi arriving at the office 43 minutes later. Back at his home, Walid insisted that his house had nothing to do with the Islamic State. The Times could see no evidence of Islamic State activity. The morning after the drone strike, the Islamic State did fire rockets at the Kabul airport. They used a white Toyota, the same type of car that Ahmadi drove, parked several blocks from Walidâ€™s home. Military officials cited this attack as proof they were watching the right area. â€œIn fact, a little less than 24 hours later rockets will be launched from that point against the airfield.â€ But the military still canâ€™t account for how it came to connect this specific home to a terrorist group. They started with the wrong house, followed the wrong car and ended up killing the wrong person. A senior military official told The Times that they see no links between Walid and the Islamic State. This and other failures throughout the day raise serious questions about the Pentagonâ€™s intelligence ahead of the strike. And it could add pressure to several ongoing inquiries by the military and lawmakers that will include reviews of the strike and Central Commandâ€™s response.