VIDEO: When Neetu Kapoor said she thought of leaving Rishi Kapoor but then change her mind 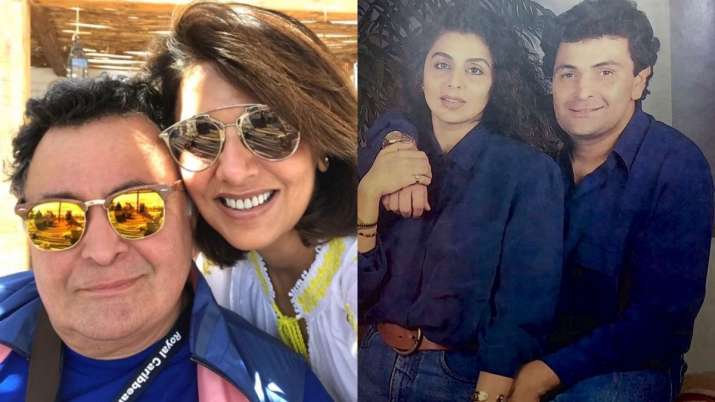 Legendary actor of Indian cinema, Rishi Kapoor passed away on April 30, last year and left a void in people’s hearts. Veteran actress Neetu Kapoor and RishiÂ  were considered one of sweetest couples of Bollywood industry. After revealing how late actor had proposed to Neetu via telegram, a new video shows her 2017 appearance on The Kapil Sharma Show, where she had spoken about their marriage. In the short clip, Neetu revealed how she thought of leaving Rishi and then change her mind.Â

In the show, Neetu said, “It’s been 37 years and everyday, there is that one moment when I think: Bas, I am leaving.” As the crowd, host Kapil Sharma, and judge Navjot Singh Siddhu burst out laughing. Rishi asks, “Kab?”Â

The actress continued, “But then, there must be so many good qualities in him that I stay back. (But fir it has to be, inme itni achayian hongi ki mai reh jati hun, jaati nahi hun.)”

On the related note, Neetu while making her first appearance on music show Indian Idol 12 after the demise of her husband mentioned how he proposed to her via telegram. She mentioned that he was in Paris whereas the actress was in Kashmir, shooting for a project, when suddenly she got a telegram from Rishi saying he misses her and loves her.Â

She also revealed that earlier she was Rishi Kapoor’s wing-woman and always helped him in impressing girls until they started dating. Neetu shared that he always found her very cute and sweet and they used to call each other Bob, which was a special nickname they gave to each other.Â

For those unversed, the couple got married on January 22, 1980, and share two children together, Riddhima Kapoor Sahani and superstar Ranbir Kapoor.Â

Rishi breathed his last in Mumbai on April 30, 2020, after a two-year battle with leukemia. He was last seen in the 2019 film ‘The Body’ alongside Emraan Hashmi and Sobhita Dhulipala. Often branded as Bollywood’s first chocolate boy, he touched heights of stardom in the film industry with iconic roles in blockbuster hits like ‘Bobby’, ‘Chandni’, ‘Karz’ and many others.Â

On the professional front, Neetu will next be seen in her comeback film, Raj Mehta’s comedy Jug Jugg Jeeyo. She stars alongside Anil Kapoor, Varun Dhawan, Kiara Advani and Prajakta Koli.