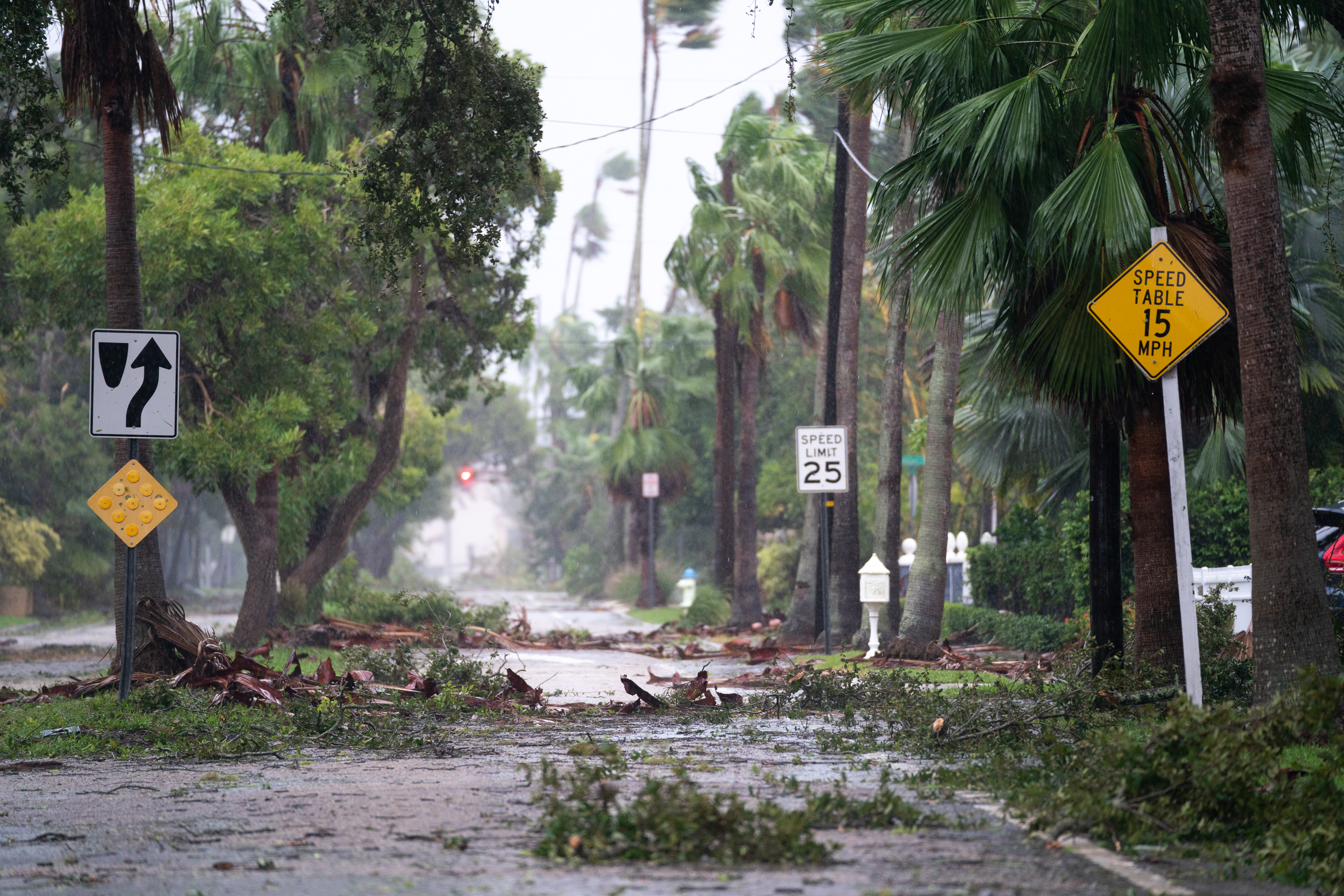 The clips online Wednesday depict houses floating along with flood currents through Fort Myers Beach and Naples. Ian made landfall in Florida while still designated as a Category 4 storm, with maximum sustained winds of 150 mph, before it weakened. Potentially one of the most severe hurricanes to wallop Florida, Ian has already brought record-breaking floods in the southwestern tip of the state.

Zach Covey, hurricane specialist with Spectrum News, posted a video to Twitter of a flooded residential area of Fort Myers Beach with houses “floating down streets” as they are washed along with debris in the flood’s current.

In a video of Naples, farther south, a similar scene is portrayed, with debris and the roof of a submerged house pushed along with the flood’s current.

The post said that while water will recede, many residents remain without power and that the next day will be “frustrating and heartbreaking for many.”

As Ian drew closer to Florida, authorities warned coastal communities on the state’s peninsula of “catastrophic” storm surges, which occur when water is pushed inland from the ocean, potentially triggering severe flooding.

The Weather Channel said in a tweet earlier Wednesday that Ian’s storm surges have brought floods over 7 feet high, breaking the previous record set by Hurricane Keith in 1988.

“The impact of this storm is truly life-threatening,” the channel reported. “Don’t venture into floodwaters, stay informed and stay safe!”

The Storm Surge Unit of the National Hurricane Center (NHC) said earlier Wednesday on Twitter that as Ian pushes northward, it will cause more surges along the coasts of northeast Florida, Georgia and South Carolina.

Parts of southwest Florida from Englewood to Bonita Beach could see catastrophic surges, with floods 12 to 18 feet above ground level, along with destructive waves, the center said in another tweet.

The NHC reported Wednesday evening that Ian had weakened to a Category 3 storm, but remained very dangerous because it’s moving slowly, at 8 mph.

“Further weakening is expected for the next day or so, but Ian could be near hurricane strength when it moves over the Florida East coast tomorrow, and when it approaches the northeastern Florida, Georgia and South Carolina coasts on Friday,” the NHC said in its update.

In its 9 p.m. Eastern time update, the NHC added that Ian continued to “batter the Florida peninsula,” as a University of Florida monitoring station near Punta Gorda reported sustained winds of 55 mph and a wind gust of 78 mph. The station also recorded a gust of 109 mph shortly before 8 p.m.

According to PowerOutage.us, nearly 2 million customers in Florida were without power as of 10 p.m. Eastern time.