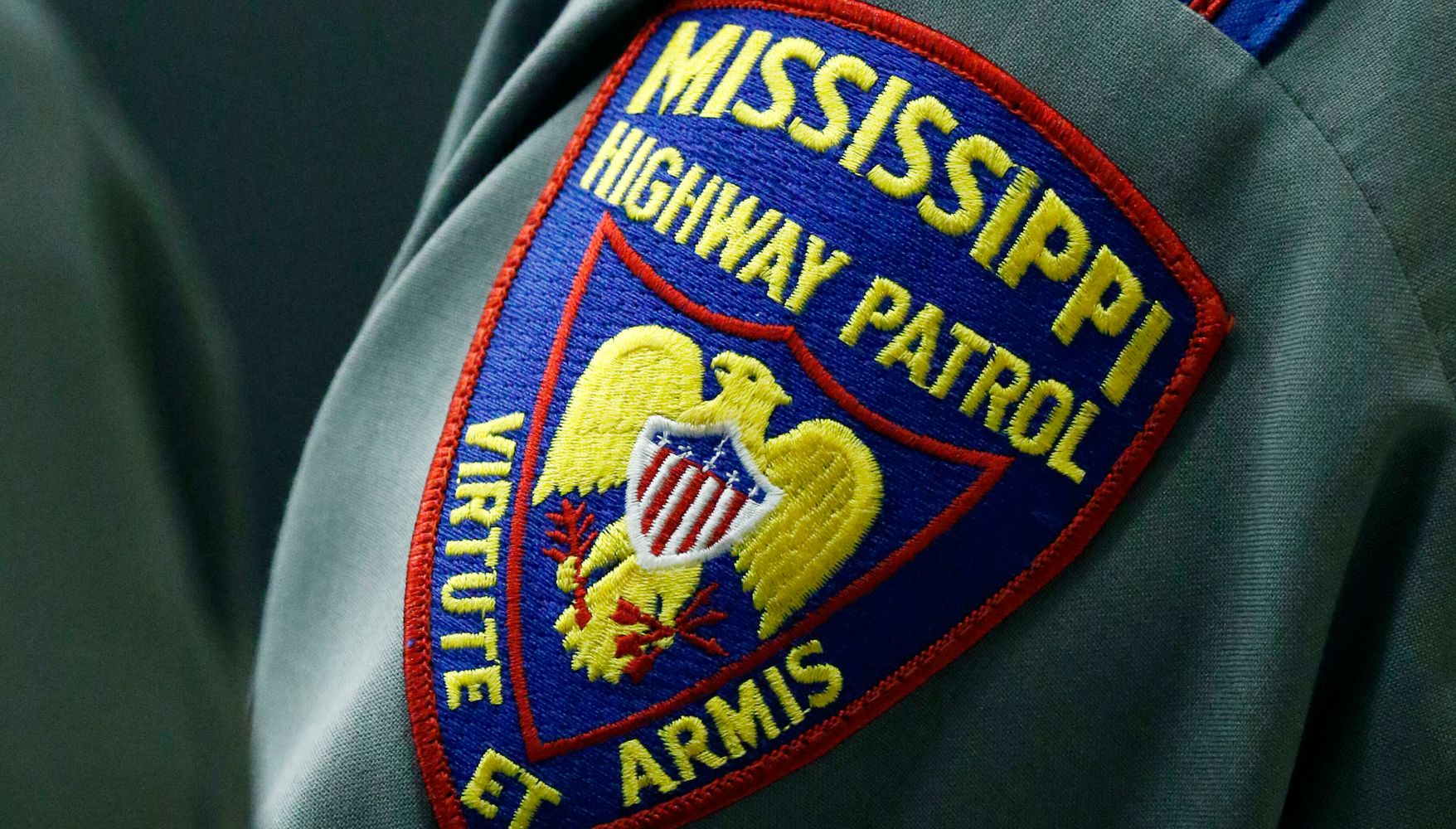 JACKSON, Miss (AP) — An incident involving a white Mississippi Highway Patrol officer and three Black men is under investigation after a viral video showed the officer putting a handcuffed man into a chokehold and wrestling him into a ditch.

The video, captured Friday in McComb by a man named Packer Lewis, sparked outrage over the officer’s conduct.

The video shows one of Lewis’ brothers, Eugene Lewis, standing in the street in handcuffs as Packer Lewis and another brother, Darius Lewis, yell that they are recording the incident. Suddenly, the officer grabs Eugene Lewis by the neck and pulls him across the street, tackling him to the ground. At one point, the officer appears to use his knee to pin him down.

“That’s how George Floyd died,” Packer Lewis yelled while recording a livestream on Facebook, referring to the 2020 murder of Floyd, a Black man who was pinned under a Minneapolis police officer’s knee for more than nine minutes.

Packer Lewis said the Mississippi officer became aggressive after he told the Lewis brothers to leave the scene.

“He said y’all need to leave. It’s not y’all business. We said it’s our business because it’s our brother,” Lewis told The Associated Press on Monday.

After detaining Eugene Lewis in a police car, the officer then walked toward the other two brothers and pointed a weapon at one of them. After another officer arrived, Packer and Darius Lewis were then arrested.

Public officials said an investigation is underway. Authorities have not identified the officer involved nor said what prompted Eugene Lewis to be placed in handcuffs. Packer Lewis said his brother was pulled over for allegedly speeding and then was arrested for having an expired license.

“I know that many of you like myself, have viewed the video of the Mississippi Highway Patrol Officer and Mr. Eugene Lewis. I am alarmed as well as disturbed over it,” Lockley said. “I ask that you allow the investigation to be completed but at the same time let your voice be heard.”

Lockley said he contacted State Representative Daryl Porter Jr. and asked him to intervene on behalf of the City of McComb since it involved Mississippi Highway Patrol, which is the state’s jurisdiction.

In a statement, Porter, Jr., a Democrat from Summit, said the commissioner of public safety told him the incident is being investigated by the Internal Affairs and the Mississippi Bureau of Investigation.

Packer Lewis said his brothers were released from jail Friday night, but he was kept up until Sunday night because of a past charge on his criminal record. He said he is facing eight charges related to the incident, including obstruction of justice. He is still processing Friday’s events several days later.

The incident occurred less than a month after the firing of the police chief in Lexington, 130 miles (210 kilometers) north of McComb. The Mississippi Center For Investigative Reporting said the Lexington police chief was caught on tape using racial slurs and talking about how many people he killed in the line of duty.

Howard Henderson, the director of the Center for Justice Research at Texas Southern University and a senior fellow at the Brookings Institution, said Lewis’ video displayed “bad policing 101.”

“He seems to obviously have lost control of himself, and he almost looked like he was afraid of the gentleman recording. And because of that, he overreacted in the moment,” Henderson said.

Henderson said police departments should hire more Black police officers as they bring a different perspective to the job than their white colleagues.

A 2017 Pew Research survey of police officers found that 72% of white police officers but fewer than half of all Black officers view police killings of Black people as “isolated incidents,” instead of “signs of a broader problem between.”

“Trust in the community is fundamental to successful policing. And only through police conduct are you able to improve community interactions and promote a shared responsibility for addressing crime and disorder,” Henderson said. “When that trust is broken down, you destroy the ability of a police department to be effective at doing the job society has said it needs to do.”