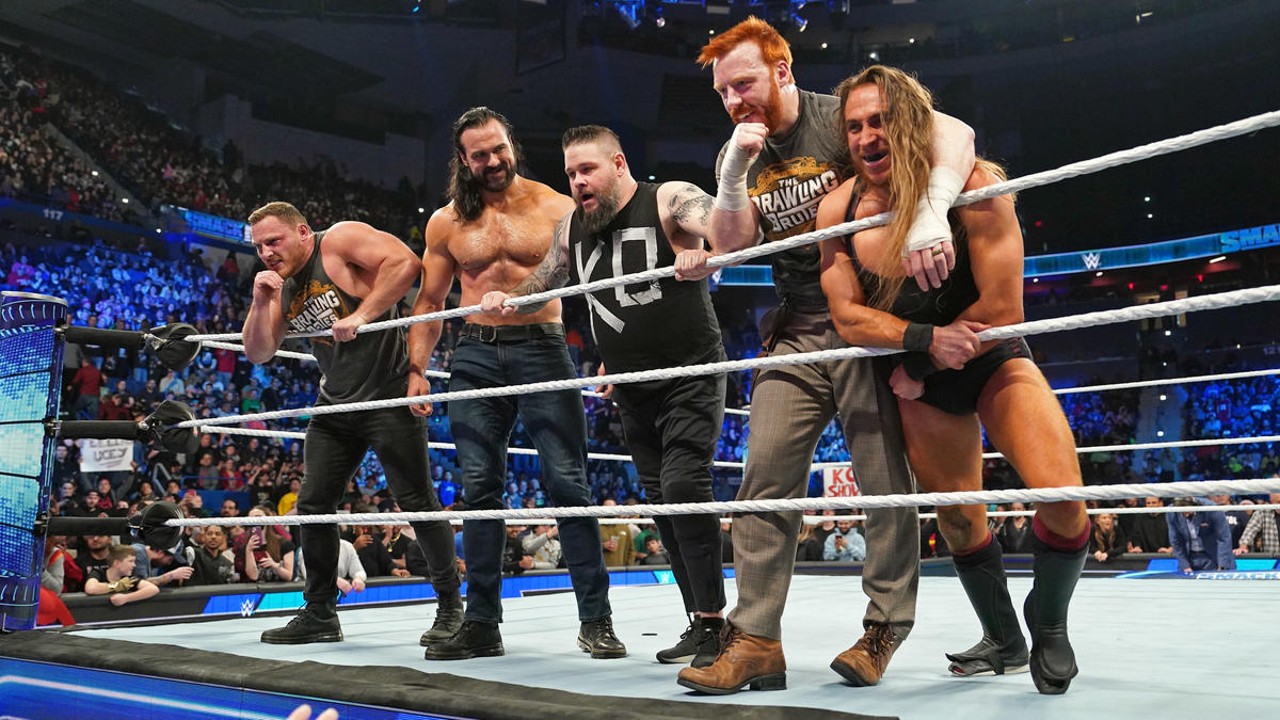 The Bloodline should lose and Zayn should be the one getting pinned. Reigns hits a Superman punch and spear on Sheamus, before getting hit with a Claymore by Drew McIntyre. Other members of The Bloodline beat down McIntyre, and while that’s happening Zayn slides over to cover Sheamus. But before he does, Owens comes out of nowhere to hit Zayn with a Stunner, which leads to a pinfall victory. Reigns is apoplectic after the match that Zayn cost The Bloodline the victory. The dissension continues all the way to Royal Rumble where Zayn is tasked with teaming with The Bloodline to secure a Rumble victory so Reigns can choose his opponent. When it feels like Zayn is about to acquiesce to the demands, he turns on his stablemates and eliminates them from the Rumble, goes on to win the match and then eventually declares that he will face Reigns at WrestleMania. It turns into the biggest David vs Goliath story in WWE history.

Give the people what they want. Make Sami Zayn WWE Champion you cowards.

Even though they had wrestled previously, when Bayley returned to action this summer as the leader of Damage CTRL, there was still a feeling a fresh program with Bianca Belair was coming. And that’s exactly what happened. The matches that followed were strong, but it felt like the rivalry was finished after a pair of losses by Bayley. However the rivalry has not died, which leaves me feeling like Milhouse asking when Poochie will finally get to the fireworks factory. But instead it’s me asking; is Belair ever going to get a fresh opponent that could actually beat her?

In July of this year Rhea Ripley was supposed to challenge Belair but was pulled from the match at the last moment for medical reasons. Since then, Ripley has only grown stronger as a character and wrestler. She should be the one tapped to score the winning pin for her team, and the pin should be on Belair to help kickstart a new, fresh rivalry.

Meanwhile, there is an open spot on Belair’s team that is rumoured to be a returning Becky Lynch. The former Raw Women’s Champion has been out for several months after separating her shoulder in a match against Belair at SummerSlam 2022. Lynch’s return could kickstart a rivalry with Bayley, giving the women’s division a strong character matchup that doesn’t involve a title, something the division has been lacking.

Whatever betting line you see for Ronda Rousey in this match isn’t high enough. A line of -1,000,000 wouldn’t be high enough. There is less than zero reason to believe Rousey will drop the championship to Shotzi. And she won’t. Carry on.

On the last Monday Night Raw before Survivor Series, Seth Rollins espoused that he possesses the top prize on the show and he’s right in that assessment. With the WWE Universal title almost exclusive to SmackDown, the U.S. title owns top billing.

So of course at Survivor Series, the triple threat U.S. title match will feature two major superstars… plus one guy who takes more L’s than the Brooklyn Brawler. Rollins and Bobby Lashley are two of WWE’s best, while Austin Theory has been extremely lacklustre in and out of the ring since last spring.

Having said all that, it wouldn’t be a surprise if Theory walked out of Survivor Series as the U.S. champ. But Theory should hold the longest odds as his overall arc as a wrestler has been spiralling down for several months without a lot of reason to believe he’ll reverse course. It just feels like one of those slight possibilities.

Rollins as champ makes a ton of sense, while Lashley will continue to be over with or without a championship around his waist.

There are two reasons this match is happening.

1. The outcome of this match will finally settle the feud between Balor’s Judgement Day stable and Styles’ OC stable.

2. These guys are still two of the best pro wrestlers on the planet and will tear the house down.

But also… couldn’t they just have looped these two and their stables into a match with the three wrestlers in the U.S. Championship match and made it a traditional Survivor Series match?