Watch: How a change in grip helped Steve Smith find his range in T20 cricket 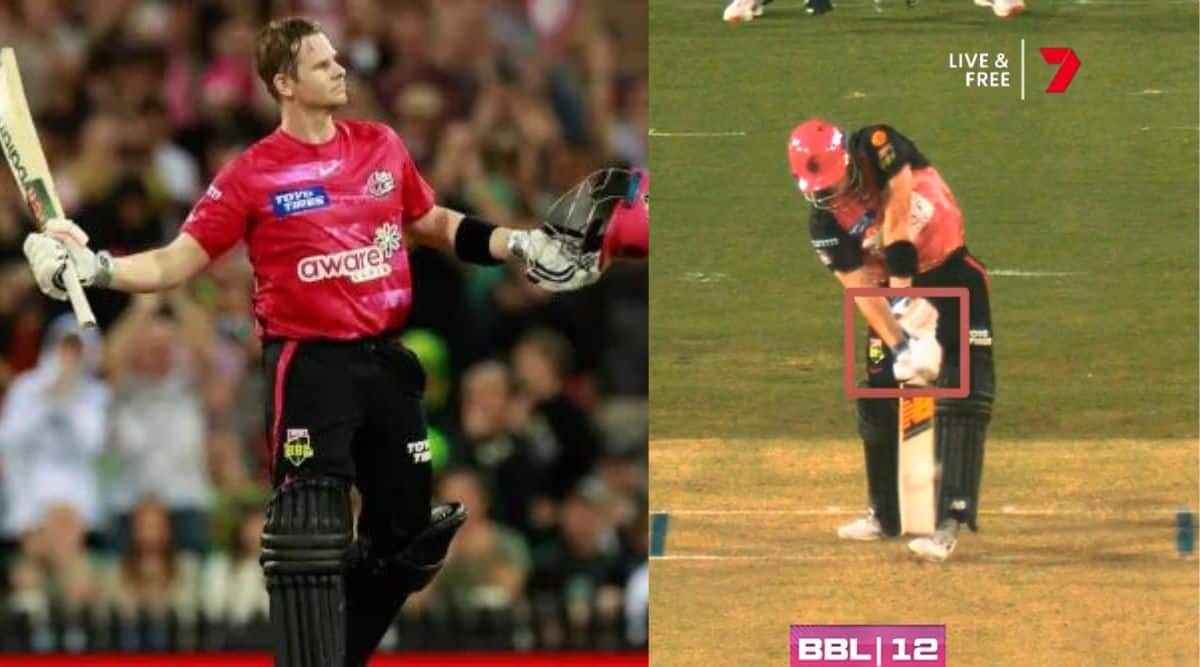 Australia’s prolific batter Steve Smith, who is currently playing in the ongoing Big Bash League (BBL) is in red-hot form. On Monday, the Sydney Sixers batter scripted a unique feat as he helped his side to 16 runs off one ball against the Hobart Hurricanes.

As the explosive stroke maker achieved this feat, commentators and analysts couldn’t help but decode his ball-hitting techniques.

Former Australian cricketer Greg Blewett has thrown light on how a change in grip helped Steve Smith find his range in T20 matches.

During a 7 Cricket show, Blewett compared Smith’s BBL 9 and the ongoing season 12’s batting style. He pointed out how the 33-year batter has tweaked his bat-holding technique.

“You can see on the left, (during season 9) how far is his bottom hand. He’s made a slight tweak (in season 12). He’s opened up a little bit it’s still around a fairway. But you can see in the back face on the left-hand side it’s closed. Then on the right it’s just a little bit more openly spoken about actually under-spinning the ball instead of hitting it with the spin,” he said.

A slight change from Steve Smith has unlocked a key to his T20 game, as @blewy214 explains #BBL12 pic.twitter.com/T0CqFrrZKy

Smith has scored back-to-back T20 centuries in the Big Bash League. Earlier this month, Smith smacked an unbeaten 125 (66) at the SCG, the fifth-highest score in BBL history, backing up the century he scored against the Adelaide Strikers in Coffs Harbour.

Interestingly, he completed both his centuries with a six. Against Adelaide Strikers, he reaches the feat in just 56 balls, including five boundaries and seven sixes. On Saturday against Sydney Thunders, he smoked a 66-ball 125 with the help of five boundaries and nine sixes and call it a sheer incident, he again completed his century in 56 balls.