“Welcome to Chippendales”: Who was Nick De Noia and what happened to him? 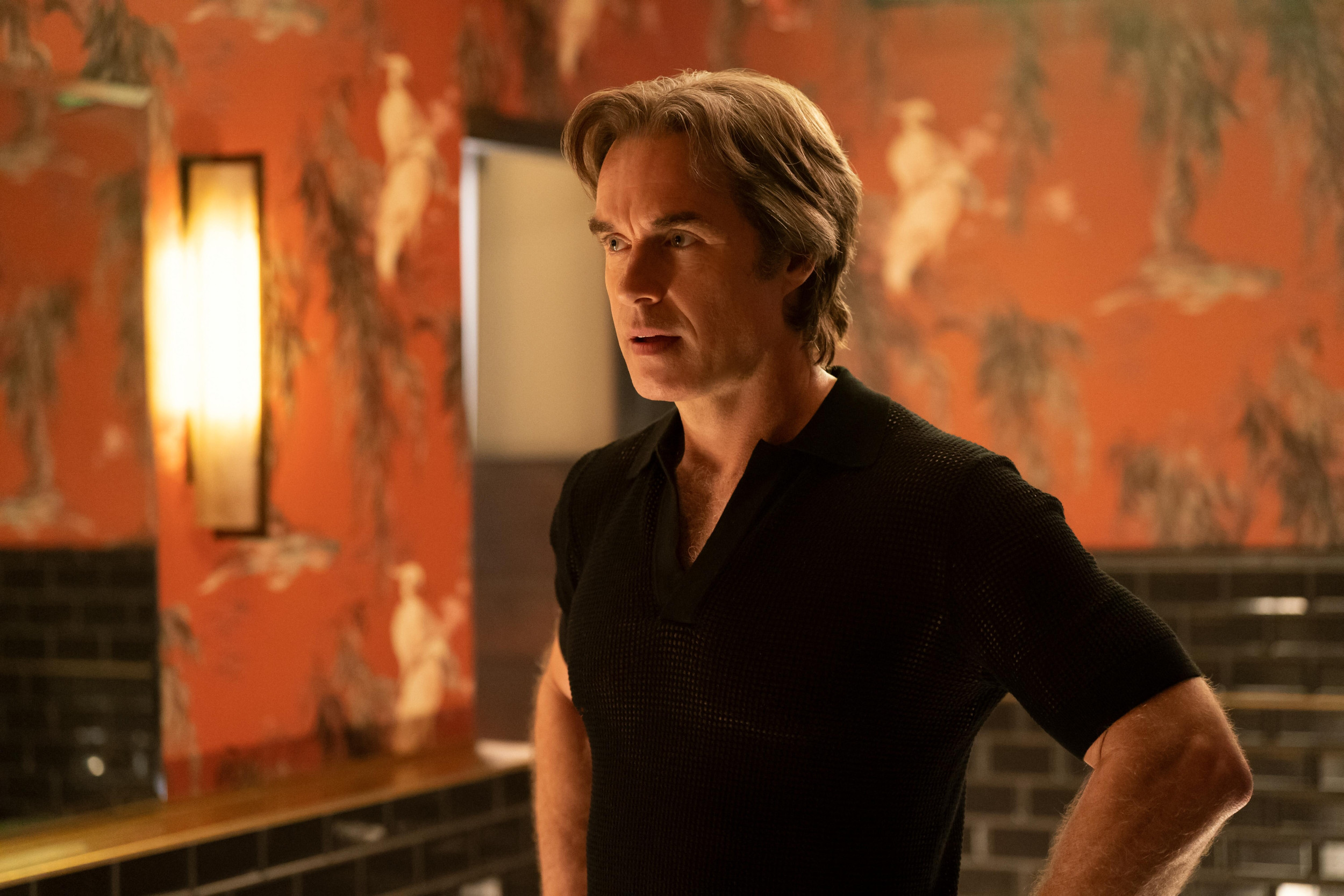 Welcome to Chippendales is the true-crime series on Hulu that you will not want to miss.

The eight-part season follows the rise and fall of Steve Banerjee, the man who created the famous Chippendales dance troupe, the first male-stripper dance act in the U.S.

Murray Bartlett, who won an Emmy for his performance in the first season of The White Lotus, portrays Nick De Noia, the right-hand man to Banjeree in the early years of the Chippendales.

However, in the 1980s, De Noia and Banerjee went their separate ways, often clashing over their creative vision for the Chippendales, but nobody could have expected the consequences that came to follow.

Newsweek has everything you need to know about Nick De Noia below.

Warning, this article contains spoilers about Welcome to Chippendales, below.

Who Was Nick De Noia?

Nick De Noia was an American director, screenwriter, and choreographer from New Jersey.

His talents were well known in the entertainment world, especially following his two Emmy awards for producing and directing the NBC children’s television series, Unicorn Tales, a series of musical short films.

In 1980, De Noia met Banerjee and he soon became the producer and choreographer for the Chippendales. Together, the two men turned the dance troupe into a household name that went on to become a global franchise, reaching far beyond the U.S.

In his personal life, De Noia was married to actress, model and activist Jennifer O’Neill from 1975 to 1976.

As portrayed in Welcome to Chippendales, De Noia was believed to be a closeted homosexual.

What Happened to Nick De Noia?

On April 7, 1987, Nick De Noia was brutally murdered in his Manhattan office. He was 45 years old at the time of his death.

He was shot in the face with a large caliber pistol while sitting at his desk. His killer was later found to be Gilberto Rivera Lopez, a man hired by Ray Colon, a former Palm Springs police officer and lounge-room entertainer.

However, Colon had been hired by Banerjee to orchestrate and carry out the killing.

At the time of his death, De Noia no longer worked for Banerjee but had a licensing arrangement through a company called Chippendales Universal to use the name Chippendales for his tours.

He had left Banerjee in Los Angeles to start up a Chippendales live show in New York and a touring dance troupe. The deal between them had been agreed on the back of a napkin, with De Noia receiving 50 percent of the profits from the touring Chippendales.

When Banerjee realized the lucrative success of the tour, he became increasingly jealous and frustrated.

According to ABC 7, De Noia was committed to the show as a whole and its future, whereas Banerjee was more focused on the male dancers’ appearance.

For years, Banerjee wasn’t linked to De Noia’s murder, but in 1993, everything changed.

The Chippendales began to face worldwide competition from other dance troupes, and Banerjee was determined for his business and brand to stay on top.

In 1990 and 1991, Banerjee plotted to kill Michael Fullington, a former Chippendales dancer, and choreographer, and two other ex-Chippendales dancers, Read Scot and Steve White, who were then part of the rival dance troupe Adonis.

The murder-for-hire plot was uncovered when a man, named only as “Strawberry” by the authorities, informed the FBI that he had been hired by Banerjee to carry out the killing. The federal agents were led to De Noia’s killer, Colon, who began to cooperate as an informant.

Banerjee was also accused of three arson attempts including at two rival LA bars: Moody’s Disco in Santa Monica in 1979 and the Red Onion Restaurant & Bar in Marina del Rey in 1985.

Colon met with Banerjee and eventually got him to confess to plotting the murder of Fullington, Scot, and White, as well as planning De Noia’s death.

Banerjee pleaded guilty to attempted arson, racketeering, and murder for hire. He accepted a plea bargain and was sentenced to 26 years in prison.

However, on October 23, 1994, just a few hours before he was due to be sentenced, Banerjee was found dead in his prison cell, having hanged himself. He was 48 years old.

Speaking to Screenrant about portraying De Noia, Bartlett described the murdered man as a “force of nature.”

He shared: “I think one of the great things about this show is I think a lot of people will be in our position of you generally know the Chippendales, or a lot of people do, but very few people know the backstory.

“So I was fascinated by that because it’s such a shocking, true-crime story really on steroids, but set in this fun world of the Chippendales in the ’70s and the ’80s. It’s so beautifully balanced in that way. It’s got great highs and lows. And there’s great joy in the show, but there’s also real darkness in it,” Bartlett added.

“So that was definitely attractive. And then my character, Nick de Noia, is this force of nature, a creative genius, and complicated in a lot of ways. I got a real temper, and [he’s] just an amazing character to have the chance to play.”

Episodes of Welcome to Chippendales air every Tuesday on Hulu.