The expansion of the country’s jabs programme to include some teenagers and an apparent hijacking in the Gulf of Oman feature among the stories leading the papers.

he Daily Mail reports the Government has done a “u-turn on jabs”, with vaccines to be rolled out to more than a million 16 and 17-year-olds.

The Times and the i also cover the story that shots are on the way for the group of teenagers, with the latter adding that only a quarter of staff at a Whitehall department are at their desks despite Chancellor Rishi Sunak calling for a return to the office.

A new study covered by the Daily Express says scientists have proof the UK’s vaccine rollout is “finally winning the war on Covid”, with the research showing 38.5 million double-jabbed adults are three times less likely to catch the virus.

The Metro leads with Covid cases and hospitalisations continuing to fall, with a health data expert suggesting the nation may be “past the peak” of the third wave.

Meanwhile, The Daily Telegraph reports Britain UK and Israel have threatened to strike back after Tehran was accused of two shipping attacks in the Middle East.

Labour leader Sir Keir Starmer accuses Prime Minister Boris Johnson in The Guardian of delivering “a cabaret of soundbits” instead of global leadership over action on climate change.

Conservative Party co-chair Ben Elliot has been accused by a former Tory MP of mixing his political role with his business interests, according to the Financial Times.

The Independent reports it has learnt “Brexit red tape” over a failure to agree safety standards “could bring UK factories to a halt”.

The Daily Mirror shifts focus to Tokyo, where it praises Jason Kenny – who is pictured alongside fellow track cyclist wife Laura – as “Britain’s greatest Olympian”. The couple now have 13 Olympic medals between them.

And the Daily Star says food fans have sent a message to “boffins growing grub in the lab.. Don’t mess with our fish fingers!” 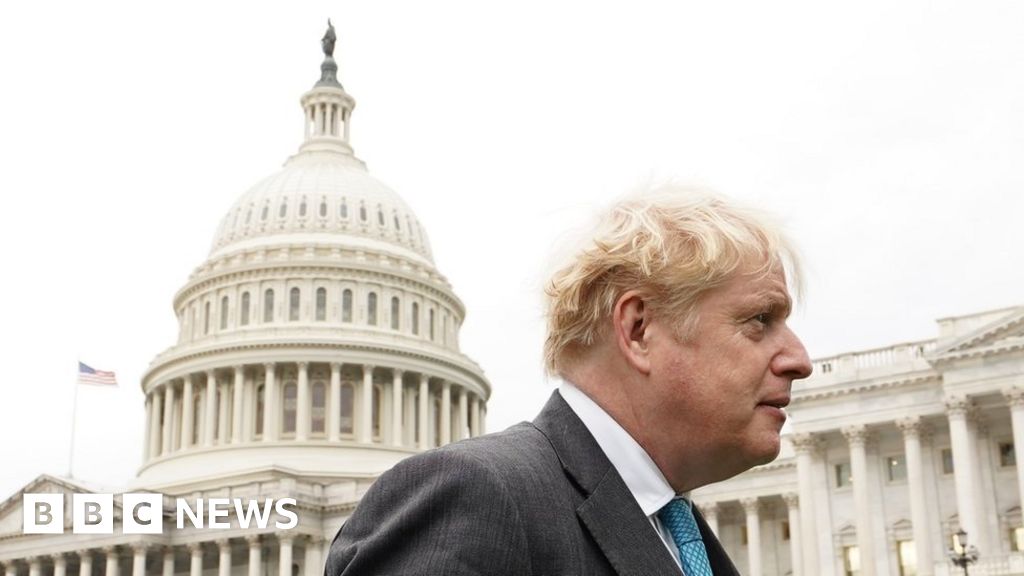