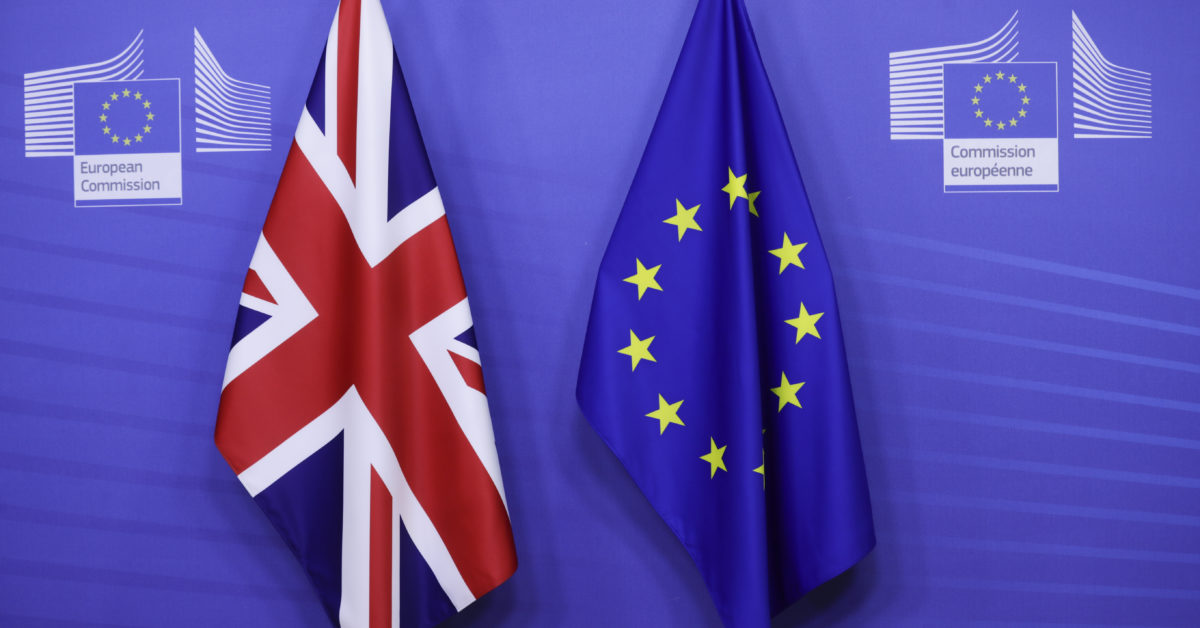 Arminka HeliÄ‡ is a member of the British House of Lords and served as special adviser to Foreign Secretary William Hague from 2010 to 2014.

LONDON â€” Even after Brexit, there is one part of Europe where both the U.K. and the EU must urgently refocus their efforts and work together: the Balkans.

The south-eastern European region serves as a microcosm of the challenges that U.K., the EU and allies across the West face globally, and as a significant test of our capacity to meet them.

In the Balkans, we see how systemic competition will unfold across the world: how authoritarian ideas gain a foothold, and then spread; how Russia and China are a destabilizing and corrupting influence; and how they push at boundaries. What once seemed far-fetched becomes possible, then plausible, then suddenly it is in the rear-view mirror. Countries that should be on the path to prosperity risk instead becoming permanent centers of â€” and exporters of â€” instability.

In March last year, as a planeload of Chinese medical supplies and doctors touched down in Belgrade, the Serbian president kissed the Chinese flag. The government in Belgrade has praised the Chinese government throughout the pandemic, and has received large shipments of Chinese vaccines and medical equipment in return. Russia was not far behind, with Sputnik.

For the past decade, China and Russia have been systematically growing and deepening their influence in the Balkans. Chinese investment is funding highly- polluting factories and providing local governments with video surveillance technology, while China actively cultivates the next generation of emerging leaders across the region. Russia meanwhile has played a spoiler role for years, supporting disinformation, propaganda, nationalists and demagogues â€” backing a coup attempt in Montenegro and interfering in North Macedonia. Both countries are lining the pockets of corrupt local politicians, and making life worse for ordinary citizens.

Thirty years after the outbreak of war in the former Yugoslavia â€” where I was born â€” the countries of the Western Balkans should be thriving. Like their eastern neighbors, they should have joined NATO and the EU, should have been equal partners in the European family of nations. That was the dream of my generation: to stop being looked down upon as lesser Europeans, steeped in so-called â€œancient ethnic hatredsâ€; poor southern cousins unable to emulate European values. Instead, we imagined being helped to achieve security and prosperity, to have better lives through the EU.

Instead, across the region, progress is slipping and instability is growing. Russia and Chinaâ€™s influence is encouraging this process â€” and the EU and the West are doing little to prevent it.

In Bosnia-Herzegovina, for example, threats of secession and violence are now a regular feature of politics. Genocide denial is rife. And foreign politicians, from the Montenegrin prime minister to the Russian foreign minister, openly undermine Bosnian sovereignty.

Russia donates tanks to Serbia, whose expansionist aims in the region are openly stated, and at the same time threatens Bosnia-Herzegovina, saying that it will â€œhave to reactâ€ if the country considers joining NATO â€” in other words, if it takes any steps to ensure its stability and long-term security.

A recent non-paper proposing the â€œpeacefulâ€ dissolution of Bosnia-Herzegovina â€” purportedly written by the Slovenian government, which denied involvement â€” was rooted in nationalist ideas straight out of the darkest days of the 1990s, ideas which led to war, ethnic cleansing and genocide. (A tribunalâ€™s decision on Tuesday to uphold the genocide conviction of Bosnian Serb wartime commander Ratko MladiÄ‡ was a timely reminder of the horror of those days.) That these ideas are being discussed in European capitals shows how little has been learned from the recent past.

Sadly, the response from the international community has been anemic. Accession to the EU may still be held out as the long-term antidote for secessionism, but there is no serious progress towards EU enlargement. And there is no alternative plan.

Even on the great matter of the moment, the pandemic, our collective response has been lacking. It would be easy to provide help to the people and countries on the EUâ€™s doorstep â€” countries whose future is intimately entwined with that of all European nations. It would be a powerful reminder of the strength of the EU and the U.K. as partners and friends. Yet instead, for too long the way has been left clear for Russia and China.

It doesnâ€™t have to be this way. With coordinated vision and action from the EU and its allies â€” I have urged the U.K. government to be a strong and reliable partner â€” we can help the people of the region set the Balkans back on the right path. We must put European values, of democracy, human rights and transparency up front: We cannot win on our adversariesâ€™ terms.

We must push for reforms and for stronger democratic institutions. We must support civil society, and tackle corruption. And above all, we must staunchly resist dangerous ideas, of border changes, genocide denial and ethnic nationalism, wherever and whenever they surface. We must offer tangible benefits for progress â€” and meaningful penalties for any backward steps.

In concrete terms, this means supporting the High Representative in Bosnia-Herzegovina in charge of overseeing the implementation of the 1995 Dayton agreement that brought peace to the country, including the use of the so-called Bonn powers put in place to ensure progress in the region.

It also means making use of European sanction mechanisms against those who seek to undermine peace agreements, and pushing back against threats of secession. It means maintaining funding, and political, military and diplomatic engagement. It means thinking seriously about how to get NATO and EU accession plans back on track.

There are many reasons to be hopeful for the future of the Balkans. But an effective strategy to counter growing Russian and Chinese influence, the revival of nationalism and the increasing risk of conflict is long overdue. History shows that if we do not attempt this now on terms of our choosing, events will force our hands and require much more costly and complex interventions in the future.