What Will Iger Do with ESPN and Hulu? 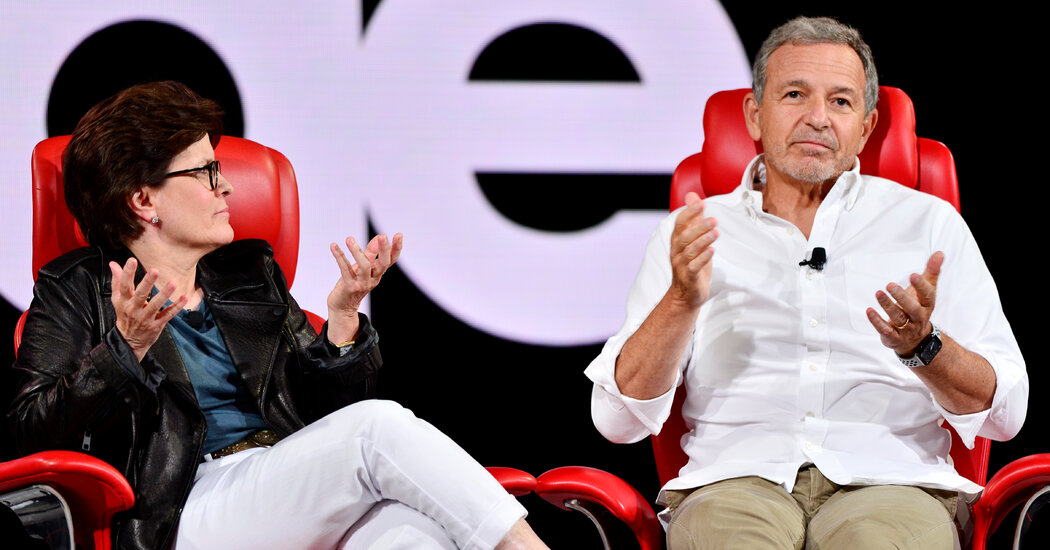 America’s defense secretary presses China’s over Taiwan. Lloyd Austin told his Chinese counterpart, Wei Fenghe, to avoid “destablizing actions” over the self-governing island. Their talks, in Cambodia, came days after a meeting between President Biden and the Chinese leader Xi Jinping kindled faint hopes of an easing in tensions. They were also the first since Nancy Pelosi visited Taiwan this summer, infuriating Beijing.

A swift overhaul. Elon Musk has moved quickly to revamp Twitter since he completed his $44 billion buyout of the social media company in October, warning of a bleak financial picture and a need for new products. Here’s a look at some of the changes so far:

Going private. As part of Mr. Musk’s acquisition of Twitter, he is delisting the company’s stock and taking it out of the hands of public shareholders. Making Twitter a private company gives Mr. Musk some advantages, including not having to make quarterly financial disclosures. Private companies are also subject to less regulatory scrutiny.

Layoffs. Just over a week after closing the deal, Mr. Musk eliminated nearly half of Twitter’s work force, or about 3,700 jobs. The layoffs hit many divisions across the company, including the engineering and machine learning units, the teams that manage content moderation, and the sales and advertising departments.

Content moderation. Shortly after closing the deal to buy Twitter, Mr. Musk said that the company would form a content moderation council to decide what kinds of posts to keep up and what to take down. But advertisers have paused their spending on Twitter over fears that Mr. Musk will loosen content rules on the platform.

Other possible changes. As Mr. Musk and his advisers look for ways to generate more revenue at the company, they are said to have discussed adding paid direct messages, which would let users send private messages to high-profile users. The company has also filed registration paperwork to pave the way for it to process payments.

A nationwide railway strike moves a step closer. A union that primarily represents freight rail conductors narrowly voted down a White House-brokered contract deal, increasing the risk of industrial action next month that could cost the economy more than $2 billion a day.

Crypto’s monthlong slide continued this morning with Bitcoin dipping to a two-year low as investors brace for more bankruptcies following the collapse of the crypto exchange FTX. Adding further tension to the markets: Federal prosecutors reportedly began investigating FTX, which was founded by the crypto wunderkind Sam Bankman-Fried, months before its demise.

The crypto brokerage Genesis is also said to be teetering. According to Bloomberg, the company is in a make-or-break dash to secure $1 billion in emergency funding. Genesis, which was among the first to reveal its close ties to the fallen FTX, reportedly reached out to Binance, the world’s largest crypto exchange, and the private equity firm Apollo Global for funding. With $175 million of its funds tied up in the collapse, Genesis says it’s looking to plug the hole in its balance sheet and avoid bankruptcy.

Is Genesis’s parent Digital Currency Group at risk? Valued at about $10 billion last year, the crypto conglomerate includes the asset manager Grayscale and the news site CoinDesk, and was backed by blue-chip investors like Alphabet and SoftBank’s Vision Fund 2. Grayscale’s Bitcoin Trust — the world’s biggest bitcoin fund, pitched as a handy way for retail investors to access the market — hit a new low yesterday after falling to about half the value of Bitcoin on fears about the parent group. Grayscale denies it’s in trouble, but its refusal to give any evidence about its reserves is weighing heavily on the value of the assets it sells.

Digital Currency Group’s connections extend far across crypto. It has invested in about 165 companies, including Coinbase, the largest U.S. crypto exchange, whose share price has plummeted by nearly 90 percent since last year. That hasn’t stopped Cathie Wood. Her Ark Investments has gone on a crypto buying spree that has included Coinbase and Grayscale, but few on Wall Street share her enthusiasm.