Whatâ€™s Next for the Deal Boom? 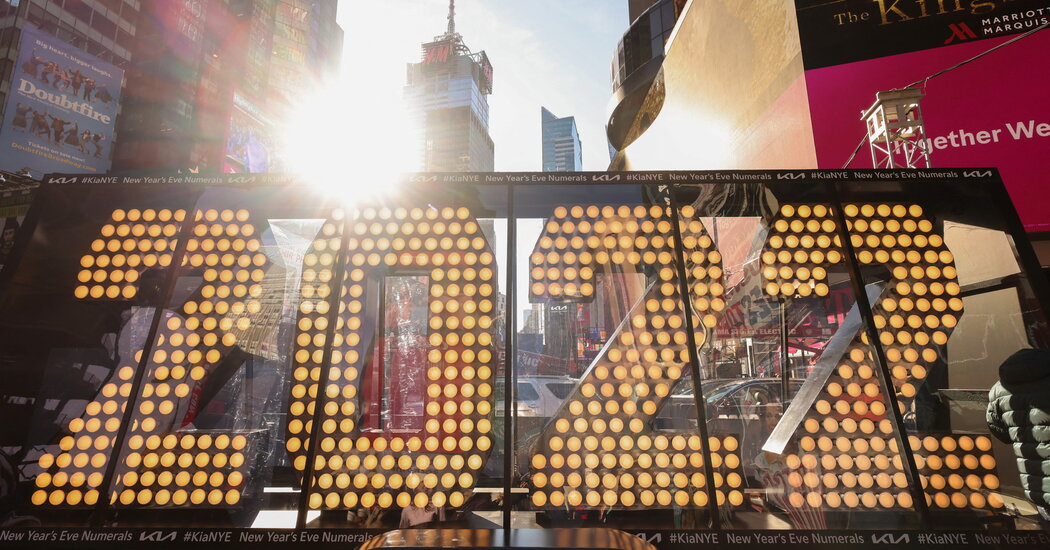 The DealBook newsletter delves into a single topic or theme every weekend, providing reporting and analysis that offers a better understanding of an important issue in the news. If you donâ€™t already receive the daily newsletter, sign up here.

Despite the calamity of the pandemic, the corporate world did extremely well. Companies announced $5.8 trillion worth of transactions â€” surpassing the previous high by more than $1 trillion, according to Refinitiv. And unlike many previous deal booms, activity wasnâ€™t constrained to just one sector or one region, with nearly every part of the M.&A. world taking part in the frenzy.

â€œThis is the stuff that dreams are made of,â€ said Anu Aiyengar, global co-head of mergers at JPMorgan Chase.

Most investment bankers say that while last yearâ€™s blockbuster pace may not be sustainable, they expect the deal boom to continue: Companies and their investors are still craving growth, and private equity firms are ready to spend their collective hundreds of billions in cash on new takeovers.

But dreams donâ€™t last forever, and there are several reasons that making deals could be significantly more difficult in 2022 than it was last year. (Some deal mavens even admit as much.) Here is whatâ€™s keeping corporate rainmakers up at night.

By far the biggest concern among bankers and lawyers is government intervention. Deal makers always expected the Biden administration to scrutinize mergers on antitrust grounds more closely than its predecessor, but now they worry it will go further than they had predicted. Many of President Bidenâ€™s top antitrust enforcement picks â€” including Jonathan Kanter at the Justice Department, Lina Khan at the Federal Trade Commission and Tim Wu as an antitrust adviser â€” are noted critics of concentrated corporate power.

â€œSome of the new approaches on the regulatory front, antitrust in particular, will likely wind up being adjudicated by the courts one way or another,â€ said Peter Orszag, the C.E.O. of Lazardâ€™s financial advisory business. He added that the flurry of legal challenges was a primary reason that many of the deals announced last year involved $10 billion or less. Relatively small deals are considered less likely to draw opposition from regulators.

Some M.&A. practitioners say the blitz of litigation is a strategy for changing regulations. A string of company losses in these cases could help buttress efforts by lawmakers like Senator Amy Klobuchar, Democrat of Minnesota, to toughen up antitrust laws.

Tougher antitrust scrutiny isnâ€™t confined to the United States: The European Unionâ€™s regulators are cracking down as well, raising objections to deals, including Illuminaâ€™s.

The prospect of being tied up in months of fights with regulators could make corporate leaders reluctant to pursue deals. â€œItâ€™s becoming more of a topic of discussion, especially for public company boards on whether they can take that risk,â€ Ms. Aiyengar said.

For years, rock-bottom interest rates have made borrowing the billions necessary to finance an acquisition fairly inexpensive. As inflation rises rapidly, that era is likely to end soon.

Federal Reserve officials last month weighed raising interest rates faster than expected, and the anticipation of higher borrowing costs could deter some corporate boards from moving ahead with a deal, some practitioners said. Higher interest rates could also hit private equity firms, which often rely on access to cheap borrowing to do their core deal-making.

â€œIf inflation continued to ramp up, and there were some volatility on interest rates, that could have an impact,â€ said Stephan Feldgoise, Goldman Sachsâ€™s global co-head of M.&A. But he quickly added that he believed this might not be a huge threat.

Despite some rocky moments, including the onset of the pandemic and spurts of meme-stock mania, the stock market has steadily risen over the last several years. That kind of stability has been incredibly helpful for the mergers business. Corporate boards like predictability, particularly when it comes to their companiesâ€™ stock price as they consider striking a big deal.

â€œIf there is a shock like that and the market re-rates, that could affect deal-making,â€ she said. â€œThat influences boardroom confidence.â€

While any of these shocks could disturb the deal-making party, few bankers believe that they will bring the boom to a screeching halt. Companies still face immense pressure to grow, and striking a deal remains one of the fastest ways to do that. (Indeed, The New York Times Company this week agreed to buy the sports news site The Athletic for $550 million, specifically citing the dealâ€™s potential to expand its subscriber business.)

â€œCompanies and boards are saying, â€˜If thereâ€™s something strategic we want to do, we should try and get it done,â€™â€ Mr. Feldgoise of Goldman said.

What do you think? Will the deal boom continue in 2022? Let us know: dealbook@nytimes.com.