What’s The Deal With PCR And Lateral Flow Testing Now? 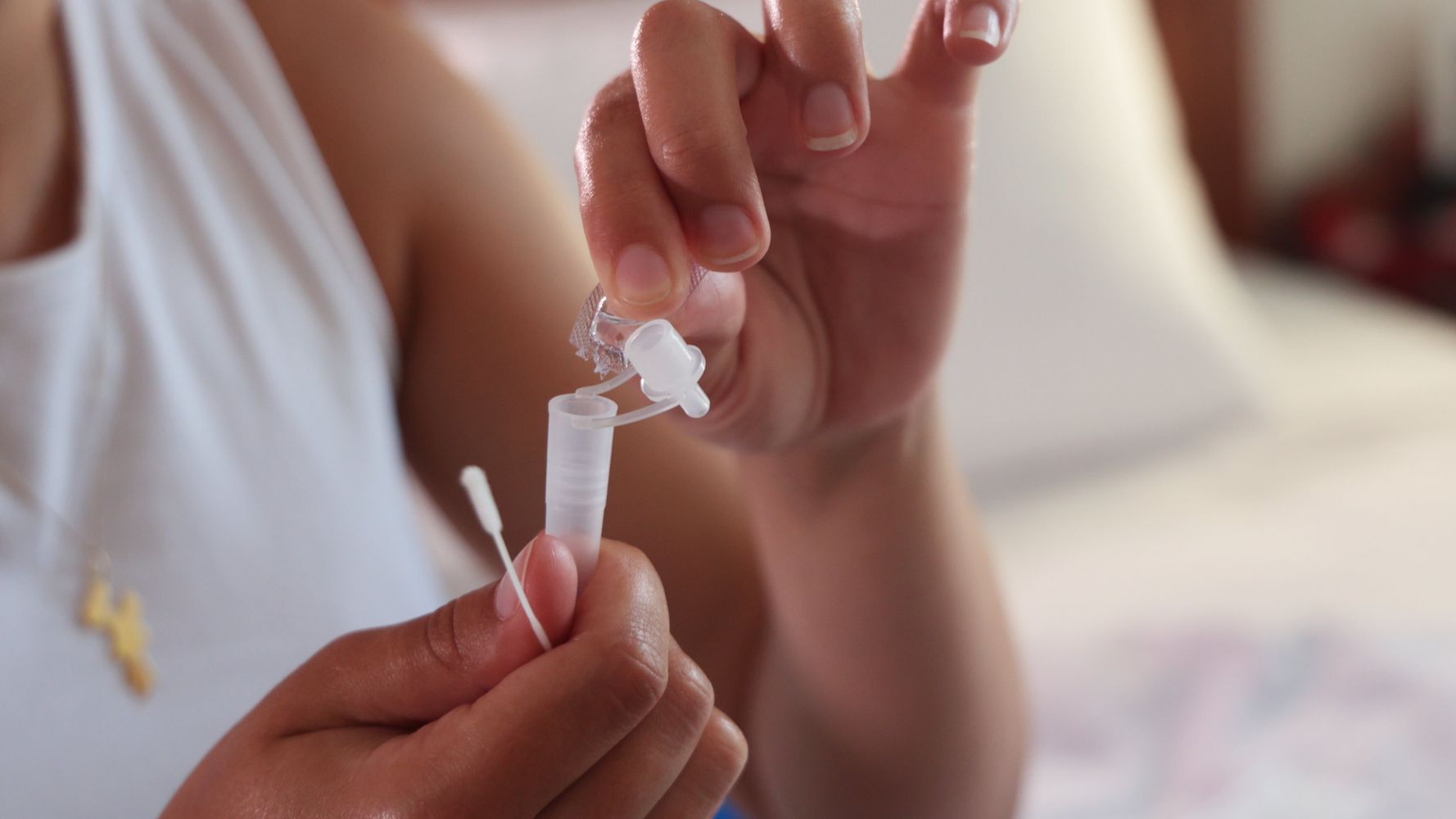 Omicron cases are now up to more than 200,000 in the UK, meaning the burden on the NHS could be severe.

Not only are there more positive Covid patients, current guidelines also mean nurses and doctors have to also isolate if they test positive, putting more stress on the health service.

But the government is expected to announce changes to the rules regarding Covid testing, which could help some staff get back to the workplace, sooner.

Under these proposed changes, you would not need to do a PCR test to confirm a positive Covid case. If you test positive on a lateral flow test (LFT), you would be advised to take that as an official sign of a positive result, instead of waiting for a PCR test, and isolate immediately.

This means that if youâ€™re asymptomatic (not showing any symptoms), your isolation period would be shorter, as you could isolate from the day your LFT showed you were positive, instead of the day you got a positive PCR test (which can take a few days).

Anyone without any symptoms can leave isolation on day seven if they start testing negative on LFTs on day six and seven, as per government guidelines.

A government source told PA Media the change was being discussed but details were â€œstill being finalisedâ€.

It follows the implementation of Plan B restrictions in England response to the risks of the Omicron variant.

This means face coverings are required by law in most indoor settings, office workers who can work from home should do so, and certain venues and events are required by law to check that all adults are fully vaccinated, have proof of a negative test in the last 48 hours, or have an exemption.

Do I still need to do a PCR test?

The new rules would stipulate that if you test positive on a lateral flow (even a faint line can be a positive), you should act as though thatâ€™s the confirmation of a positive test and begin isolation immediately (if youâ€™re unsure, you can do a few tests to confirm).

Lateral flows are predominantly used for people without symptoms. If you do have symptoms of coronavirus, the current advice is to do a PCR test.

People noticing the three official Covid symptoms â€“ a high temperature, new, continuous cough and a loss or change to your sense of smell or taste â€“ should still do a PCR test and isolate from the onset of their symptoms.

Once you reach day six and no longer have symptoms, you can begin doing LFTs to determine whether you can come out of isolation early.

What about Covid testing for travel?

After pressure from travel companies complaining that limitations on movement is haemorrhaging the industry, ministers are expected to announce changes to PCR travel testing, according reports.

Currently, travellers returning to the UK have to show a negative PCR to be taken no more than two days before departure (unless under the age of 12).

But this policy was reviewed around a month ago, when Omicron cases were creeping slowly up. As the UK now reaches nearly 250,000 cases of the variant, airlines are now saying we donâ€™t need further testing to curb the spread from other places, because the UKâ€™s own numbers are so high.

If the government heeds the advice, then PCR tests for travel could be scrapped once again, in favour of the cheaper and quicker lateral flows.

A government spokesperson said that they keep all measures â€œunder reviewâ€ and added that the current restrictions were added to â€œprevent additional Omicron cases from entering the UK, stopping people from passing it on to others if they are infectedâ€.

According to the BBC, ministers are finalising changes to the travel rules. However, they are yet to make an official comment on whether these restrictions will be lifted.