When, where and how to see the green comet right now? 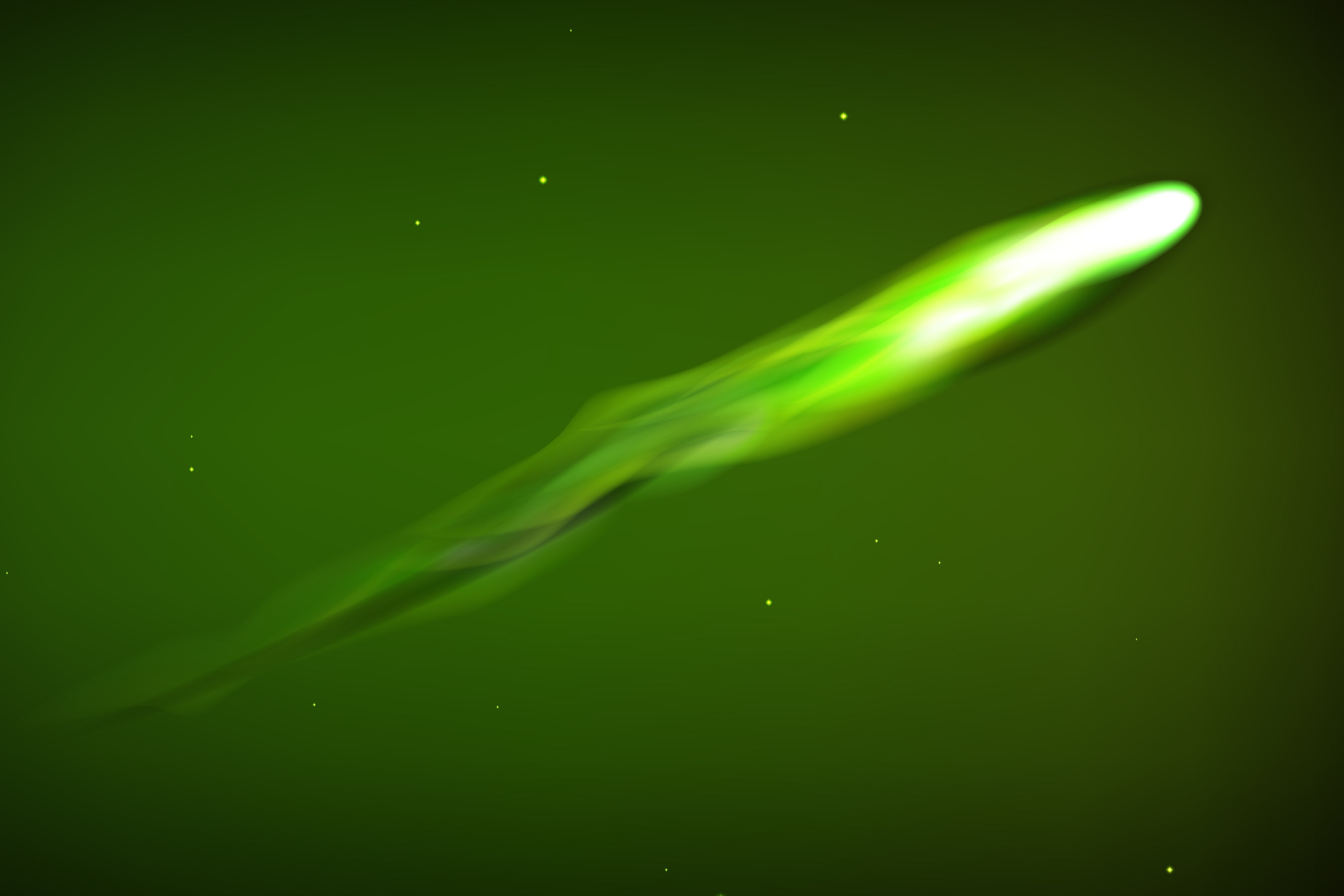 A green comet that may never return to the inner solar system is approaching Earth. But how can you see it right now and where should you look?

C/2022 E3 (ZTF) was first spotted by the Zwicky Transient Facility (ZTF)—an astronomical survey conducted by the Palomar Observatory in California—on March 2, 2022, and is set to make a close approach to Earth on February 1, 2023, when it will come within roughly 26 million miles of us.

Currently, it is located around 34 million miles away after having reached its closest point to the sun—or perihelion—on January 12, 2023.

Comets are astronomical objects made up of frozen gases, dust and rock that orbit the sun. Sometimes referred to as “cosmic snowballs,” these objects are blasted with increasing amounts of radiation as they approach our star, releasing gases and debris.

This process forms a glowing atmosphere around the comet’s nucleus, known as a coma—which, in the case of C/2022 E3 (ZTF) is glowing green—and two vast tails of gas and dust.

At present, C/2022 E3 (ZTF) is visible in the night sky—both morning and evening—for observers in the Northern Hemisphere.

Tonight, it lies in the constellation Draco but it is moving in the direction of the North Star, or Polaris, and by Thursday night, it will have moved into the constellation Ursa Minor, otherwise known as the Little Dipper, where it will remain for another three days.

The next four evenings—January 25-28—present a decent viewing opportunity given that there will be relatively little interference from moonlight, not to mention that the comet is currently a circumpolar object for observers in North America, meaning it will not set below the horizon.

Tonight the comet will be at least 25 degrees high in the sky from 10 p.m. until dawn, and this changes to 9 p.m. until dawn for Thursday evening, figures from Sky & Telescope Magazine show. On Friday and Saturday, on the other hand, C/2022 E3 (ZTF) will be higher than 25 degrees from 7 p.m. until dawn.

The comet is expected to continue brightening until around the time of its close approach, although predicting the brightness of comets is a notoriously tricky business.

The object’s observed magnitude is currently just below +6, which means it is theoretically visible to the naked eye under ideal conditions, although practically speaking it may be difficult to spot unaided from many locations.

There have already been reports of the comet being observed with the naked eye from very dark, rural locations with little light pollution—visible as a small, diffuse smudge. But most people will need binoculars or a telescope, particularly if you are located in an urban area.

“It should be fairly close to the bright star Polaris which might help you find it by eye,” Christopher Pattison, a senior research associate with the Institute of Cosmology and Gravitation (ICG) at the University of Portsmouth, in the United Kingdom, told Newsweek.

“The easiest way to find it will be to use a stargazing app on a smartphone, such as Stellarium,” he said. “Just make sure the one you use is updated to include the comet. If you want to try and find it manually and know your constellations then the comet is passing through the constellation Draco, and will pass Ursa Minor by the end of the month. In February, it will then be in a constellation called Camelopardalis.”

From January 29, moonlight will pose growing interference in the evening, and between February 2-6 there will be bright moonlight all night. A good moonless window will then open up again in the evening from February 7, although the comet will be fading.

After traversing the constellation Camelopardalis, C/2022 E3 (ZTF) will move through Auriga and Taurus, and will likely fade below naked eye visibility by the second week of February, Robert Massey, deputy executive director of the U.K. Royal Astronomical Society, told Newsweek.

“By April it will be close to the Sun in the sky and a lot fainter, so will be very hard to find even with a telescope.

Massey said the comet will not be the easiest object to find. He recommends looking on a clear night from a dark site—away from light pollution—when the moon is not in the sky, so it is best to avoid the days around the full moon on February 6.

“I would recommend the use of a finder chart to help find it with binoculars,” Massey said. “Binoculars are ideal for beginners trying to find a comet as they’re easy to use, whereas a telescope has a much smaller field of view. If you can see it with binoculars then try with your naked eye.”

Astronomers recommend choosing a spot with a good view of the sky, making sure to allow your eyes to adapt to the darkness for at least 15 minutes. If you need to take a look at a stargazing app, it is advisable to switch on night vision mode.

Once the comet has sped past the Earth, it will exit the inner solar system, perhaps never to return again.