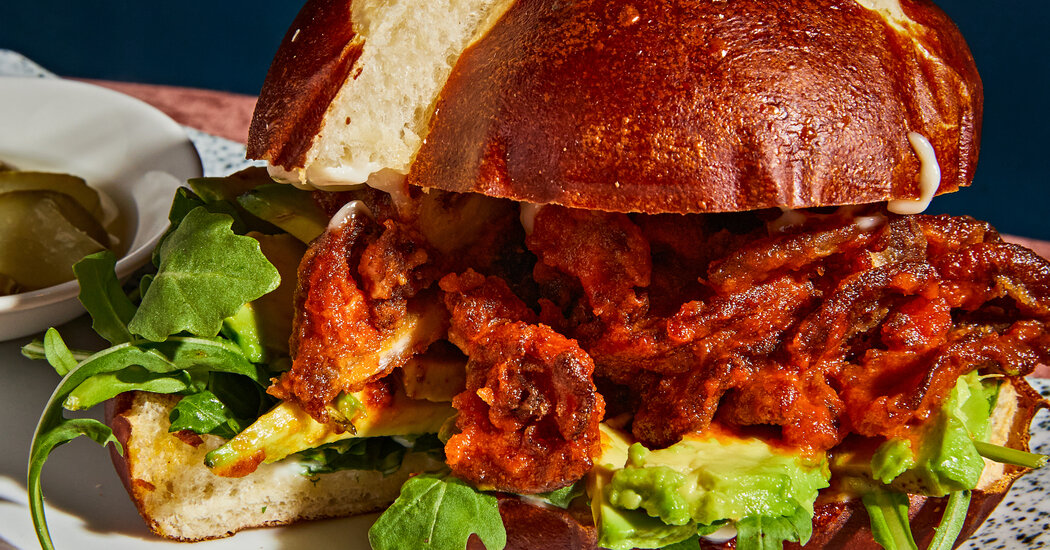 As long as the restaurant business is examining its assumptions about the way it operates, maybe it is time to ask whether experience in famous kitchens is overrated.

The thought has been on my mind since I started eating at Cadence, a vegan restaurant in the East Village. The chef is Shenarri Freeman, and Cadence is the first professional kitchen she has run. Her longest stretch as a cook was the four years she spent working at a nightclub in Washington that is better known for the musicians it books. In 2019, Ms. Freeman, a vegan, enrolled in a new program for “plant-based, nutrition-minded cooking” at the Institute of Culinary Education. This spring, shortly before she graduated, she opened Cadence, one of 10 eating and drinking places owned by Ravi DeRossi’s Overthrow Hospitality group.

Like the others, Cadence keeps a vegan kitchen. Ideas are laced throughout the menu, including ideas about whether soul food dishes that traditionally wallow in animal fats by the bucketful can be made without them, and whether lasagna can be called Southern. But there’s nothing cerebral about the experience of eating at Cadence. When I am there, I tend to sit and wonder what would happen if I requested recipes for everything on the menu.

Forced to settle for just one, I would choose the garlic pancake with black-eyed peas. I loved it even before I knew what to call it, when I first saw a pale batter gently rising and bubbling in a skillet being tended on the far side of the dining counter.

“I want that,” I said, and a few minutes later I had a garlic black-eyed pea pancake of my own. The texture was somewhere between cake and blini. The batter was heavy enough on garlic that the sage-infused syrup I poured over the top made sense, but light enough that I wouldn’t think twice about ordering the pancake for breakfast, if Cadence opened that early.

Part of the fun of eating there is watching Ms. Freeman come up with plant-based versions of canonical Black Southern dishes from her childhood in Virginia. The rich yellow pillow of cornbread she bakes in an iron skillet is dripping with melted vegan butter and sweetened with an apple-based honey substitute. And her potato salad — unmushy, tart from chopped pickles, perfectly seasoned — is exactly the one you hope somebody will bring to the family reunion.

Gloriously crunchy golden breading makes Cadence’s palm cakes dead ringers for crab cakes (or their less glamorous cousin, salmon cakes). Prod them with your fork, though, and under the crust you’ll find an herbed mash of chickpeas and hearts of palm. It tastes nothing like seafood; in fact, it doesn’t have a strong flavor of its own, making it an agreeable partner for the smoke and heat of Ms. Freeman’s chipotle aioli.

But imitation isn’t always the goal. Yes, Cadence uses Beyond Meat to make a credible vegan Bolognese for lasagna, then dresses it with a ricotta analogue made on site from pine nuts, but that isn’t the point of the dish. Through some trick of engineering, the lasagna is rolled inside individual squares of pasta, then breaded and fried like a drumstick. In the process, Ms. Freeman convinces you that lasagna, a dish she grew up on, is just as Southern as she is.

Ms. Freeman is doing something like the work of a literary translator, rendering a cuisine in a different language with its own rules. Fidelity matters, of course, but to succeed the new version needs to make sense and achieve a style of its own. On the whole, Ms. Freeman’s translations are direct, uncluttered, generous and focused on sharing pleasure.

She does all this in an East Seventh Street storefront about as wide as a bowling lane. The staff members share jobs on a rotating schedule. When Ms. Freeman is cooking she stands behind a white marble dining counter. Other times, she gets out from behind the counter and talks to customers. Like other places in Mr. DeRossi’s restaurant group, Cadence is stylish in a low-key (and lowlight) way. An undulating wall by the front door is clad in copper; the stools are loosely upholstered in a plush velvet the color of pink Champagne. The interior is populated mostly by couples. The alley layout makes it almost impossible for more than two people to carry on a conversation, and groups tend to be seated out on the street, in a covered shed no wider than the restaurant itself.

The skeleton crew behind the counter does not include a bartender; the only beverage at Cadence you could consider a mixed drink is a very good blueberry lemonade. All the action is in the wines, which are drawn from Black-owned wineries. The one rosé on the list is a Napa Valley blend from Wade Cellars, founded by the retired Miami Heat shooting guard Dwyane Wade. Two South African wineries pop up on the list, including Tinashe Nyamudoka’s Kumusha Wines, the producer of an alluringly tropical chenin blanc.

In the increasingly crowded world of vegan and vegetarian restaurants, Cadence occupies a niche of its own. Ms. Freeman isn’t trying to make some grand statement about plant-based cookery. I don’t expect her menu will ever include one of those magical beets that can recite paragraphs from “Mrs. Dalloway.” Vegetables themselves seem to interest her less than the dishes in which Black Southern families ate them.

It would be informative to see what she could do if she brought more seasonal ingredients into her kitchen. On sultry July evenings she was serving a joyless salad of arugula on which were placed apple and strawberry slices. She might have gotten more mileage out of a good beefsteak tomato; in any case, the salad was the only thing I ate at Cadence that didn’t feel completely worked out, and it has now been retired from the menu.

But the meal found its footing again with the sandwich of fried oyster mushrooms, served over ripe avocado on a pretzel roll that seemed to have been put on this earth to capture the Buffalo-wing sauce and ranch dressing. I suppose in the more forward-thinking quarters of vegetable cookery, substituting mushrooms for meat could be seen as passé. The thing is, it makes a great sandwich. 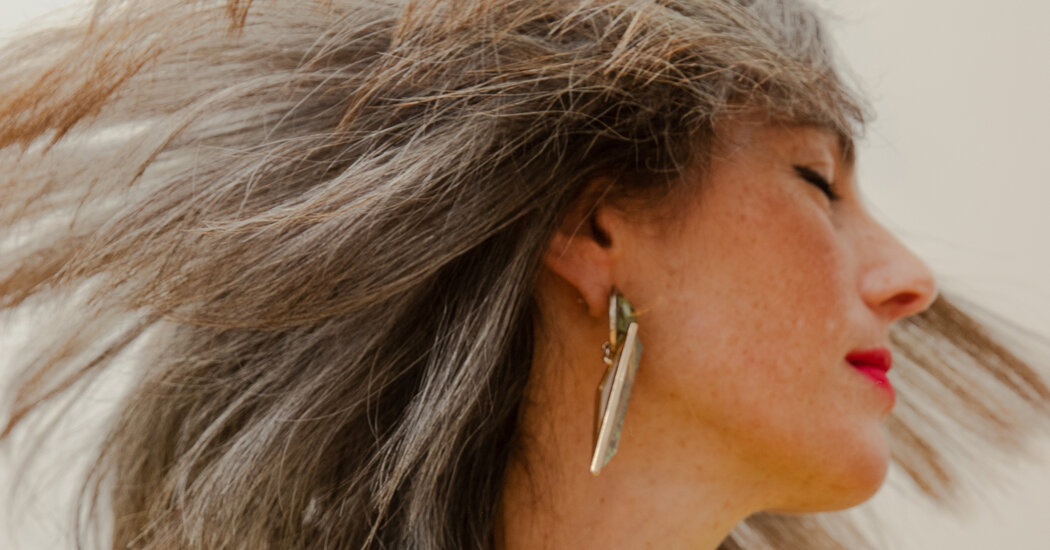 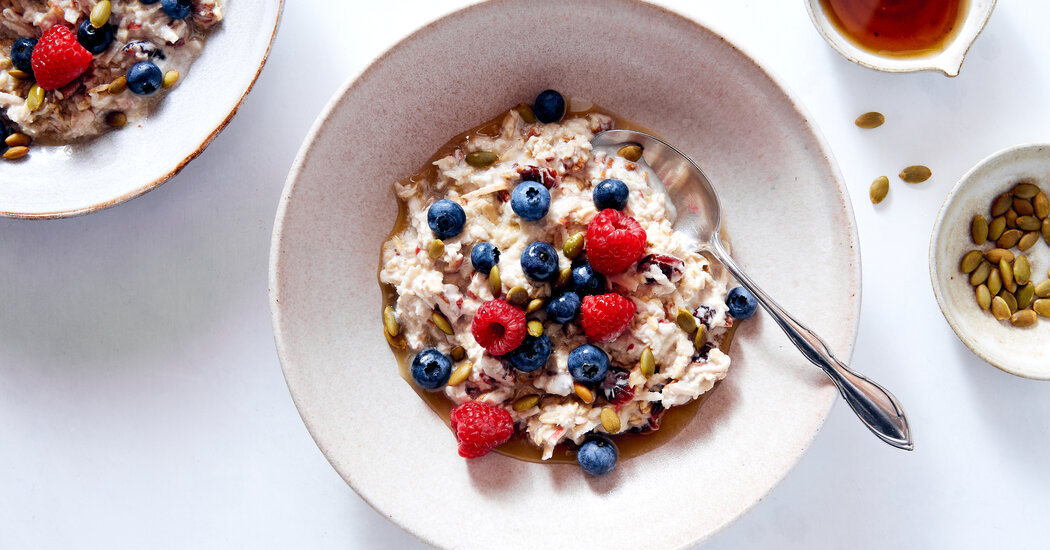 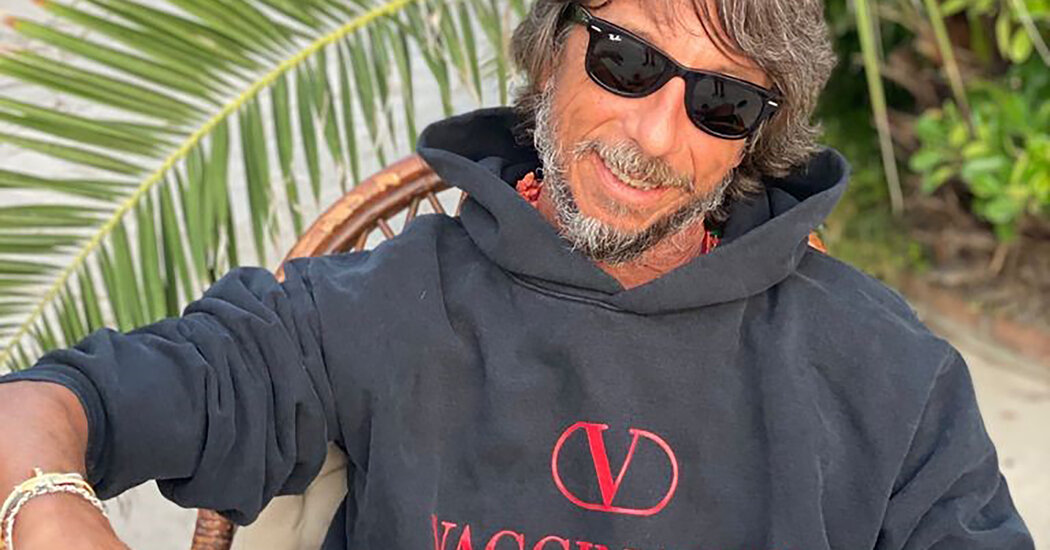 Valentino Wants Everyone to Get Vaxxed — and Cloned