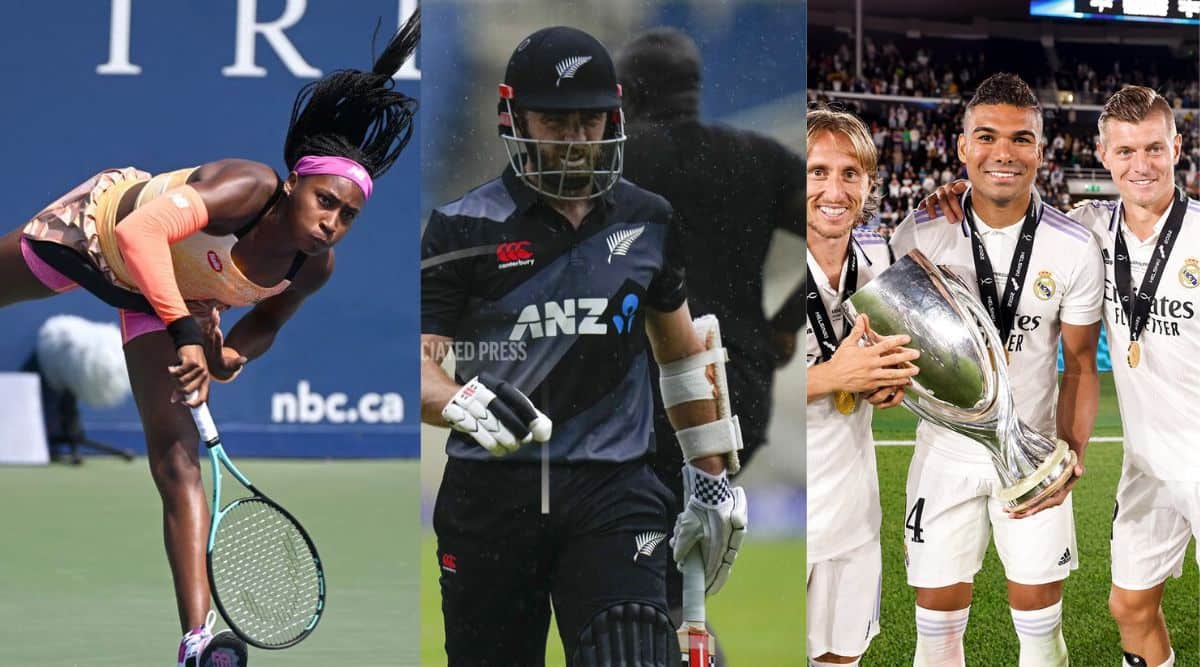 Just after announcing her retirement, Serena Williams lost the match against Belinda Bencic by 6-2 6-4 in second-round action at the Canadian Open on Wednesday. Williams stepped on the court to a standing ovation from the crowd but was unable to conjure up the old magic that helped her lift three titles in Canada.

“I always had amazing times here both on and off the court. I’ll be coming back just as a visitor to the city but otherwise its been remarkable.”

Kane Williamson played a brilliant knock of 47 runs and a dashing 33 from 15 balls by Jimmy Neesham propelled New Zealand to a 13-run win over the West Indies in the first of three Twenty20 cricket internationals.

Neesham smashed three fours from the last three balls and 23 runs from the last over of the innings as New Zealand scored 185-5 after being sent in to bat at Sabina Park on Wednesday.

“There was a lot of spin which was a big surprise,” said Santner, who was voted player of the match. “I think the lengths are key against these guys. They can hit you pretty far, so back of a length worked today and as a unit we were able to pick up wickets which was pretty key.”

Real Madrid outplayed Eintracht Frankfurt by 2-0 on Wednesday to clinch the UEFA Super Cup for a record-equalling fifth time and started off their season with a trophy.

David Alaba scored a goal in the first half and another one from Karim Benzema in the 65th that lifted him to second in Real’s all-time scoring list with 324 goals, wrapped up the title for the Spaniards.

“Eintracht were very closed and we found it difficult to find our rhythm, but we did it well then,” the Real coach said.

“It’s difficult at the beginning of the season to be in top form but we now have won to start the season well.”