Who designed the mascot ‘Perry the Bull’ for the Commonwealth Games? Meet its 10-year old creator Emma Lou 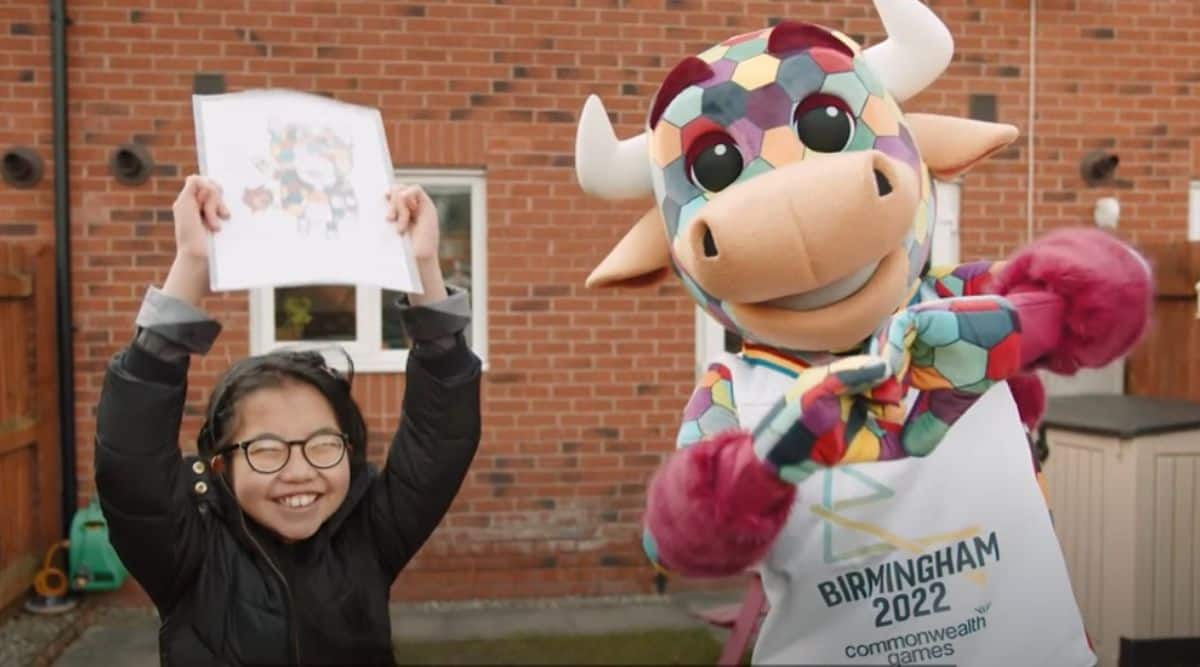 The 10-year old Emma Lou jumps up and down at the entrance to her home. Shrieks of joy erupt. She had won the nationwide competition held in the UK for 5-15 year olds to design a mascot for the Commonwealth Games 2022. The organisers surprised her by sending a live mascot of Perry the Bull, along with a presenter, to knock on her door. Her wondrous expressions is best seen on video.

“I think she is quite overwhelmed,” her father says as the presenter tries to get her on the video. Eventually she surfaces to say, “it feels amazing, I didn’t expect this at all”.

The competition had tasked the kids to create a mascot to reflect the identity, heritage, and culture of Birmingham and the West Midlands.

Emma Lou explains her design choice. “It has hexagons, because it has three equilateral triangles.” The significance of that geometry? “It means everyone relies on each other.” And the bull? “Because of the famous bullring at Birmingham [the host city],” Lou explains. Her father is more ebullient as he describes his pride.

Once the winning design was selected, it was combined with the findings of the first-ever visual mascot summit. 50 children across Birmingham and West Midlands developed the mascot’s characteristics, values, and movements, helping to inspire Perry’s personality.

Later she told the Birmingham Mail, “”I am really excited to come to the Commonwealth Games and it will be amazing to see Perry in the Opening Ceremony.

“I chose a bull because of the Bullring in Birmingham, and I decided to use hexagons because they are the strongest shape and the whole world depends on each other,” Lou said. “I am so excited that my design will be seen by so many people!”