Why all French politicians are Gaullists 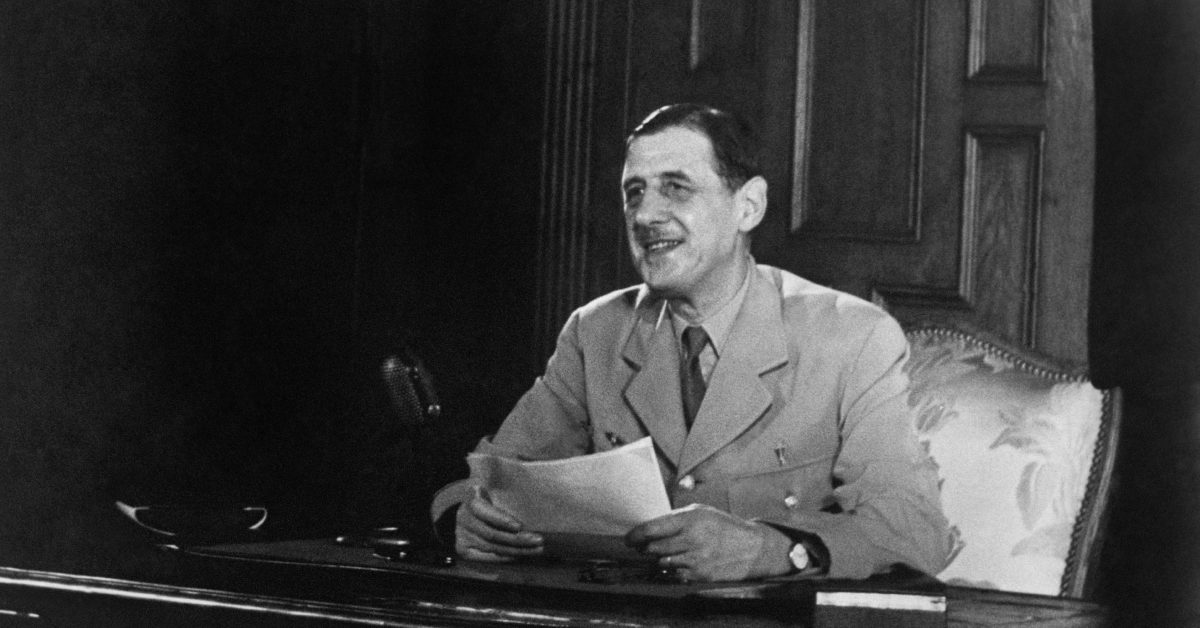 CALVADOS, France â€”Â In his lifetime, Charles de Gaulle was a divisive figure: revered by some, detested by others. He was adulated. He was mocked. He was finally rejected.

No longer. Half a century plus 12 months after his death, De Gaulle is the presiding, many-headed deity of French politics.

The far right, the right, the center, the left, the hard left, even some Greens, they are all â€œGaullistsâ€ now. Almost all tribes and tendencies of French politics claim to be, at least partially, followers or reincarnations of Charles de Gaulle (1890-1970), the wartime leader of Free France and founder of the Fifth Republic.

On Tuesday, on the 51stÂ anniversary of his death â€”Â five months before France goes to the polls â€” there will be a mass pilgrimage of presidential hopefuls (and no-hopers) to a small village on the empty steppes of eastern France whereÂ le gÃ©neralÂ is buried.

President Emmanuel Macron, a serial eulogiser of De Gaulle,Â will not be in Colombey-les-deux-Eglises in the Haute Marne, 256 miles east of Paris, on Tuesday. He is sending his prime minister, Jean Castex, to represent him. Macron did, however, attend three formal ceremonies in honor ofÂ le gÃ©nÃ©ralÂ last year.

Marine Le Pen will also not be at the graveside of a man that her father â€” and predecessor as leader of the far rightâ€”Â abhorred.

She will, however, be making two personal homages to De Gaulle â€” in Courseulles-sur-Mer and Bayeux, the first, liberated Norman towns visited by the leader of Free France on 14 June 1944, eight days after D-Day.

Her father, Jean-Marie Le Pen, never forgave De Gaulle for his pragmatic decision to make peace with Algerian nationalist rebels and dissolve French Algeria in 1962. Marine Le Pen prefers to think of De Gaulle as the defender of France against foreign invaders (which also helps to distance her from herÂ papa).

This causes problems for her with parts of her National Rally movement who are still viscerally attached to AlgÃ©rie FranÃ§aise. â€œMarine Le Pen is not a Gaullist,â€ a senior party figure explained carefully to POLITICO.

She claims the De Gaulle heritage because â€œhe represents the independence of France, the voice of France â€¦ But she is not a Gaullist (because of) his stance on Algeria,â€ the National Rally figure said.

Anne Hidalgo, the mayor of Paris and presidential candidate of the Socialist party, will be there. So will the minor hard-right candidatesÂ Florian Philippot (Les Patriotes) and Nicolas Dupont-Aignan (Debout la France)Â and one ofÂ Le Penâ€™s lieutenants, Laurent Jacobelli.

A glaring absentee will be the pundit Eric Zemmour, who has not yet declared that he will run next year but threatens (as the polls now stand) to tip Le Pen out of the second round of the presidential election on April 24.

Zemmour â€” anti-migrant, anti-European, anti-American â€” idolizes (so he says) Napoleon Bonaparte and De Gaulle. But he also defends the collaborationist Vichy regime of 1940-44, which sentenced De Gaulle to death for treason after he fled to London in June 1940 to organize continuing resistance to the Nazis.

Why such an obsession with De Gaulle? It is 52 years since he resigned as president after losing a referendum on regional government. It is 53 years since French young people and workers rejected and mocked him as the symbol of a gray, oppressive (but economically successful) post-war France in the rising of May 1968.

The historian Pierre Nora says that idolatry of De Gaulle â€” as an adjustable symbol of past French greatness and French stubbornnessÂ â€” fills the vacuum left by the collapse of ideology and political parties.

France â€œno longer believes in Socialism, in liberalism, in Christianism or in Communism,â€ Nora said. â€œThe country is wracked by disunity. Gaullism is the only appeal that means anything.â€

A British biographer of De Gaulle, Julian Jackson, says the omnipresence of the general represents â€œa nostalgia for the 1960s, when France still counted for something in the world thanks to Jean-Paul Sartre, Jean-Luc Godard and Brigitte Bardot.â€

It is reasonable to wonder how much the name De Gaulle means to younger generations â€” the under-50s, born since 1971.Â Quite a bit, it appears.

A BVA poll in 2016 found that French people regarded De Gaulle as the most important figure in French history â€” ahead of Emperor Napoleon and King Louis XIV. The biopicÂ â€œDe Gaulle,â€Â starring Lambert Wilson as the general torn between his destiny and his love for his disabled daughter Anne, was one of the most successful films at the box office in France last year.Â

The hard-left leader, Jean-Luc MÃ©lenchon, founder of France Unbowed, appeals mostly to younger voters. He told the National Assembly last year that De Gaulle â€” since he was â€œunbowedâ€ in 1940 â€” belonged spiritually to the MÃ©lenchon movement.

But who is actually the most Gaullist candidate or likely candidate next year? Certainly not Le Pen or Zemmour whose appeals are a historical and intellectual nonsense.

Michel Barnier, the former EU Brexit negotiator, has been a member of political parties containing Gaullist DNA since 1965 when he was 15 years old. He is tall like De Gaulle and pragmatic like De Gaulle. In terms of personal aura, he is no De Gaulle.

President Macron is perhaps the most insistent De Gaulle name-dropper of them all. He is a centrist (kind of) like De Gaulle and a pro-European like De Gaulle (sort of).

He came to power in 2017 riding (with some luck) the French obsession with the â€œprovidential man,â€ baked into the French system by De Gaulleâ€™s presidency-orientedÂ Fifth Republic, which makes individuals more important than parties or parliaments.

Macron is, therefore, arguably the most â€œGaullistâ€ candidate, without being a Gaullist. Whether that wins him many votes, or any votes, next year is uncertain.