‘Why did she choose that route’: Lahore CCPO puts blame on motorway rape victim 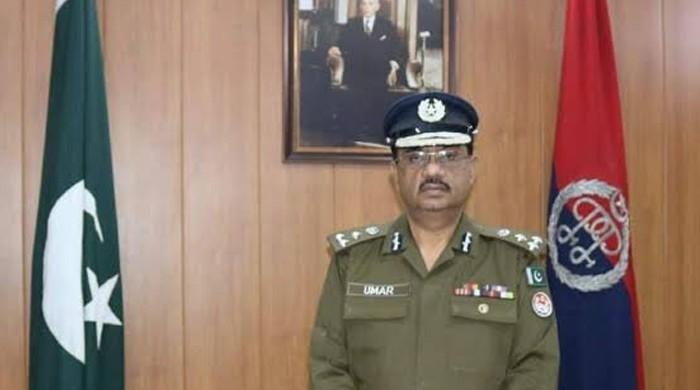 Lahore Capital City Police Officer (CCPO) Umar Sheikh has put theÂ  blame on the victim of yesterday’s motorway gang-rape incident for choosing aÂ  one route when she could have chosen another.

The CCPO is set to lead the investigation of the gruesome incident.

Talking to Dunya News on the matter, Sheikh said that the woman had left Lahore’s Defence area at 12:30am for Gujranwala.

“I am surprised that a mother of three, a lone driver […] after leaving Defence should have taken the straight route from GT Road â€” a generally well-populated area,” he said.

The CCPO said that the victim should have “at least” checked her car’s fuel tank before getting on the route as there is no petrol pump along it.

‘Nothing can rationalise the crime of rape’

Responding to the CCPO’s comments, Minister for Human Rights Dr Shireen Mazari said that “nothing can rationalise the crime of rape”.

“For an officer to effectively blame a woman for being gang-raped by saying she should have taken the GT Road or question as to why she went out in the night with her children is unacceptable,” she said.

‘What action should be taken?’

Later in the day, Federal Minister for Planning, Development, Reforms, and Special Initiatives, Asad Umar, said that providing safety to the masses was the state’s responsibility.

Talking about the CCPO’s statement, he said that he did not agree with the statement the police officer made, however he had “not said anything illegal”.

“What action should we take against the CCPO? That he did not make a good statement?” he asked, over calls for the CCPO’s removal.

On Tuesday night, it was reported that two robbers had gang-raped a mother of two on the motorway within Gujjarpura police’s jurisdiction.

The woman, along with her two children, was driving to Gujranwala in her car when she was forced to stop at the Gujjarpura section of the motorway after running out of fuel, at around 1:30am. She immediately called a relative and sent him her location. He asked her to also dial the Motorway Police helpline 130 from which she reportedly received no response.

In the meantime, two robbers approached the car, broke the window, and took the woman and her children to nearby bushes where they raped her repeatedly in front of the children. They also snatched her purse carrying Rs100,000 in cash, one bracelet, car registration papers, and three ATM cards.Â