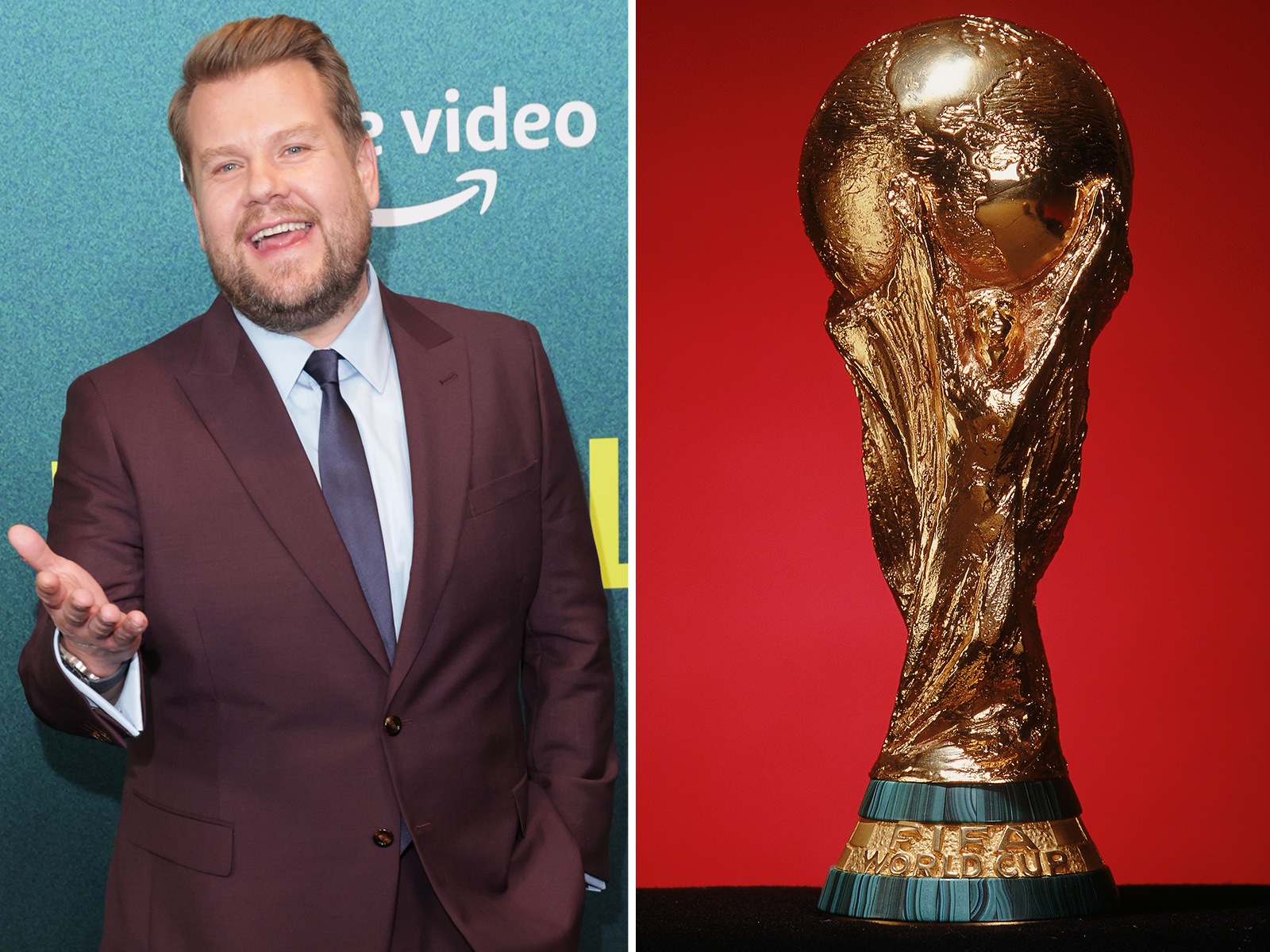 The FIFA World Cup group match between the U.S. and England has more than three points (and possible qualification to the next round) riding on it, if social media is to be believed.

England are looking to make history by beating the U.S. soccer team in a game at a tournament for the first time, and there might be just the prize at the end of it to spur on the ‘Three Lions’.

The internet has joked that whoever loses the game on Friday “gets to keep James Corden“. The 44-year-old currently hosts The Late Late Show, after leaving the U.K. for Los Angeles in 2015.

Corden was once a much-loved comic figure, who co-wrote and starred in Gavin & Stacey, which has won multiple awards across the Atlantic.

But, in recent years, he has become a much-maligned figure, who has been at the sharp end of jokes by Ricky Gervais, for one, as well as being accused of being “extremely nasty” towards restaurant staff in New York.

With Corden announcing that he will step down from his talk show in 2023 and head back to England, soccer fans have joked that where he resides should be determined by the World Cup clash on November 25.

Taking to Twitter in their droves, there were many that made the same suggestion.

One tweeted: “whoever loses the england v usa game tomorrow should have to keep james corden”

Another repeated: “England vs. USA on Friday. The loser has to keep James Corden”

A third asked: “So if we beat America today, do they agree to keep James Corden?”

“This has become the biggest game in the history of football,” another joked, while another suggested that not having Corden was a “bigger prize than lifting any World Cup”.

Corden made headlines in October when he was temporarily banned from a restaurant in New York for alleged “abusive behavior”.

On two separate occasions, it was leveled at Corden that he had been “extremely nasty” towards members of staff.

The owner of celebrity hotspot Balthazar, Keith McNally, had shared his grievances in an Instagram post, in which he called out the talk show host over his actions.

McNally wrote: “James Corden is a hugely gifted comedian, but a tiny cretin of a man. And the most abusive customer to my Balthazar servers since the restaurant opened 25 years ago.”

The restaurant owner said Corden had demanded that his drinks were brought to him “this second” and that the previous drinks ordered should be given for free as he claimed there was a hair in his food.

The manager said that after the main course, Corden had turned “extremely nasty”.

This was not the only occasion that the actor had a fall out at the restaurant, as there were claims that he was abusive to staff after they had got his wife’s food order wrong, on a different visit.

Corden apologized after his behavior was made public and McNally eventually lifted him ban from his restaurant.

Soon after these incidents, comedian and actor Ricky Gervais accused Corden of copying one of his jokes, when he was addressing Elon Musk‘s takeover of Twitter, during an episode of The Late Late Show.

Corden finally confessed that when delivering the gag, he did it “obviously not knowing” it came from Gervais, who had used the same line in his 2018 stand-up show, Humanity.

Do you have a tip on a sports story that Newsweek should be covering? Do you have a question about the World Cup? Let us know via entertainment@newsweek.com.