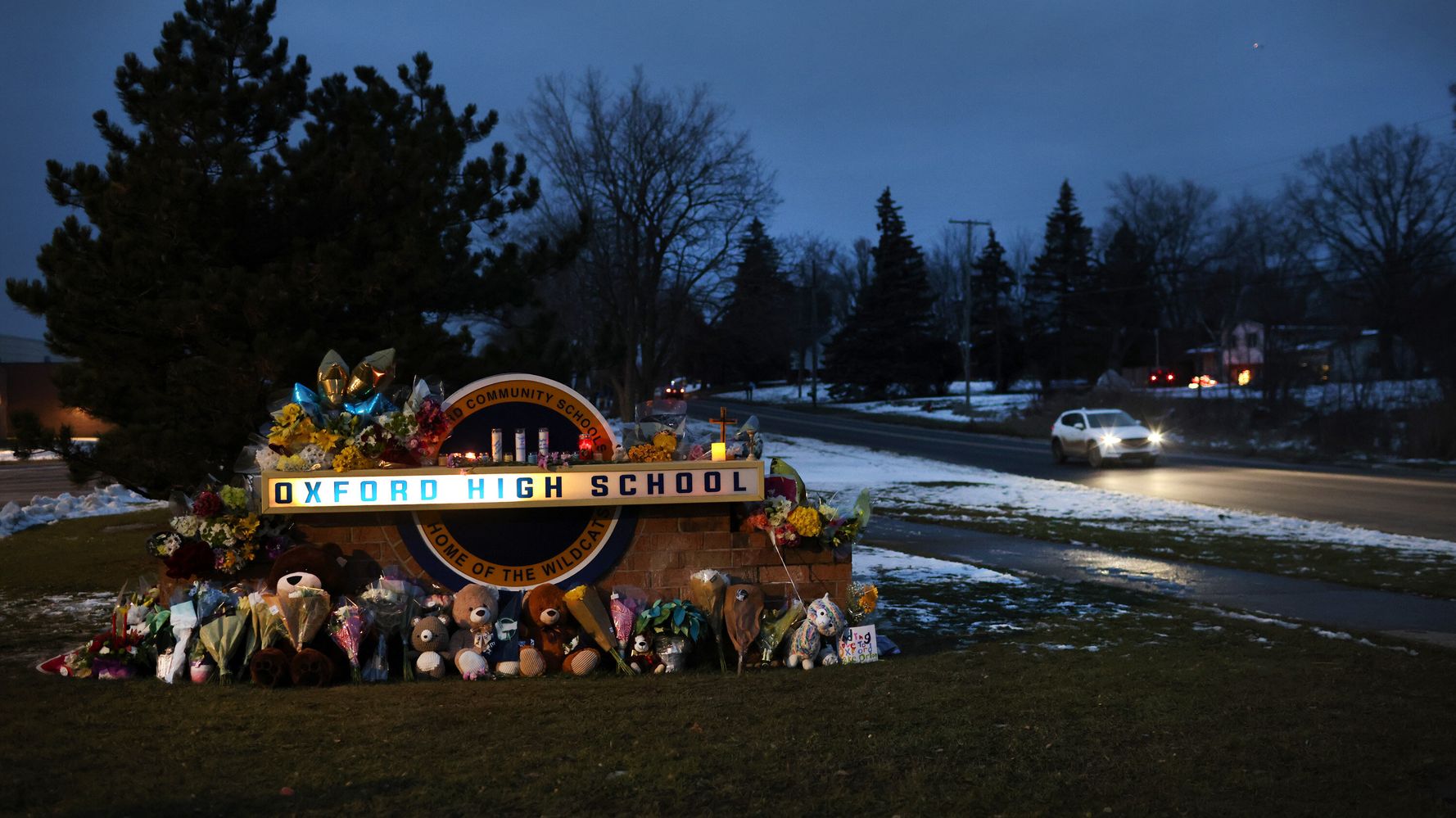 The U.S. counted yet another school shooting this week when 15-year-old Ethan Crumbley allegedly shot four classmates to death at Oxford High School in Michigan on Tuesday.

Itâ€™s not difficult to look at mass shootings in America and describe them as â€œterrorism.â€ But as far as the law is concerned, thereâ€™s no national consensus. There remains no federal statute against domestic terrorism, meaning that prosecutors have to rely on other charges in order to put the offender behind bars â€” even though most Americans think there should be such a statute.

There is also a heated debate over whether we need a federal domestic terrorism statute, with detractors including civil rights advocates worrying that such a law could be used in bad faith against civil rights activists.

Some states like Michigan, however, have anti-terrorism laws on the books that are broad enough to potentially cover mass shootings and label them as â€œterrorismâ€ on a state level.

â€œItâ€™s not a usual, a typical charge,â€ Oakland County Prosecutor Karen McDonald said of the terrorism count on Wednesday after reading the names of the deceased.

She said that when her team sat down to talk about the charges that would be applicable in the shooterâ€™s case, one question lingered: â€œWhat about all these other children?â€

â€œWhat about all the children who ran, screaming, hiding under desks?â€ McDonald asked. â€œWhat about all the children at home right now who canâ€™t eat and canâ€™t sleep, and canâ€™t imagine a world where they could ever set foot back in that school? Those are victims, too, and so are their families, and so is the community,â€ she said. â€œAnd the charge of terrorism reflects that.â€

The violence has affected more than just the schools in Oakland County. On Friday, more than 100 districts across the state of Michigan closed due to concerns about copycat shootings; some school administrators had found specific threats.

The laws differ. Some statesâ€™ definition of terrorism is more closely in line with international Islamic terrorism, covering acts of mass destruction that are ideologically motivated.

Some are written more broadly â€• like the law in Michigan.

Marquette County Prosecutor Matt Wiese, who is also the immediate past president of the Prosecuting Attorneys Association of Michigan, told HuffPost that the stateâ€™s anti-terrorism law would cover a â€œwhole landscapeâ€ of violent crimes in which an individual knowingly causes at least one death.

Very rarely has the law been used. According to the state, the first time was in 2012, when prosecutors charged a man with terrorism after he used a gun to shoot at cars over a three-day period along highway I-96. Wiese said he did not know of another case between 2012 and this year that utilized the anti-terrorism statute.

Matthew Schneider, a former federal prosecutor who was involved in the 2012 case, told HuffPost that part of the reason mass shooters arenâ€™t slapped with terrorism charges very often is because anti-terrorism statutes â€œarenâ€™t really all that oldâ€ compared to, say, murder statutes.

When Dylann Roof shot and killed nine people at a historically Black church in South Carolina in 2015, the state stuck him with murder charges. When Nikolas Cruz murdered 17 people at his former high school in Parkland, Florida, in 2018, he was charged with 17 counts of murder, among other violations.

â€œI do think we will be seeing this [terrorism] charge more frequently,â€ Schneider said. Wiese also said that he could see other states modeling anti-terrorism statutes similar to the one in Michigan.

â€œI think it would be beneficial,â€ he said.

Schneider compared the anti-terrorism statute to the Racketeer Influenced and Corrupt Organizations Act â€• the federal racketeering law enacted in the 1970s.

â€œThe goal was they were going to prosecute the mob. Well, today you use the RICO statute for all sorts of accusations,â€ Schneider said, citing corrupt politicians and street gangs as examples.

In another fairly novel step, McDonald is also going after Crumbleyâ€™s parents in connection with the Oxford school shooting incident. Both James and Jennifer Crumbley were charged Friday with four counts each of involuntary manslaughter.

â€œI think thatâ€™s a legitimate charge, based on the facts here,â€ Schneider said, adding that it might also be â€œsomething weâ€™ll see more and more.â€