Why Macron is running from Europe 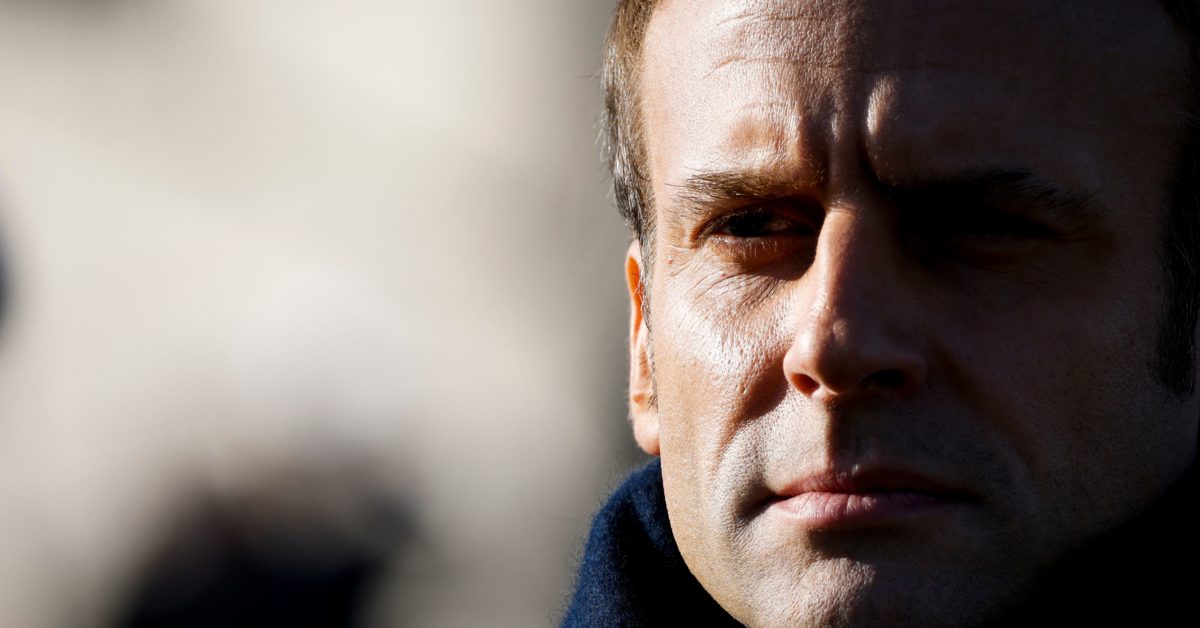 Mujtaba Rahman is the head of Eurasia Groupâ€™s Europe practice and the author of POLITICOâ€™s Beyond the Bubble column. He tweets at @Mij_Europe.

In 2017, French presidential candidate Emmanuel Macron campaigned as an unabashed Europhile who promised to create a strong France within a strong Europe. By contrast, his rival in the second round of the election, far-right leader Marine Le Pen, floundered when trying to explain her own proposal to flout certain European Union laws and pull France partially out of the euro.Â

Five years later, it is now Macron who would prefer to avoid a messy debate on existential questions about the EU. And as confrontation between Brussels and a hard-right authoritarian government in Warsaw threatens to send the European debate in France spinning into a more troublesome direction, some have been wondering why Macron â€” usually the first to assert a strong EU line â€” has taken a a more pragmatic approach to the conflict.Â

Macron believes that he can boast a reasonably good record in European affairs â€” especially after his success last year in persuading Germany to approve a â‚¬750 billion plan to rebuild the pandemic-weakened economies of its 27 members. He is also keen to point to the crises afflicting post-Brexit Britain as proof of the EUâ€™s overlooked benefits that France and the blocâ€™s other 26 countries draw from achievements like the single market.Â

Complicating matters for Macron, however, is that earlier this month, the Polish constitutional court decided to reject the primacy of the Court of Justice of the European Union. This Brussels-Warsaw confrontation threatens to reopen an old argument in France, which recalls the debate over national â€œcontrolâ€ that helped to shape the United Kingdomâ€™s decision to leave the EU in 2016.Â

Indeed, ever since the decision, a series of French presidential contenders â€” ranging from the far right and the center right to the euroskeptic left â€” have all sided, to various degrees, with Warsaw. They have called for France to assert the primacy of its own constitution, or even its own individual laws, over European legislation â€” something that would imperil the existence of the single market and even the EU itself.Â

Although opinion polls suggest that France is broadly tolerant of EU membership, much of the population only has a foggy notion of the unionâ€™s history, its legal basis and how it functions â€” something, officials say, Macron is aware of.Â

In a 2005 referendum, for example, the French people rejected a proposed European constitution which would, inter alia, have enshrined the principle of the primacy of EU law over national law â€” something that was strongly implied but not spelled out in the original European Economic Community (EEC) treaty of 1957.Â

Some French electors said at the time that they voted â€œnoâ€ to protect â€œnational sovereignty.â€ Others, especially on the left, said they disapproved of â€œfree tradeâ€ and â€œfair competitionâ€ between European nations â€” principles that had been the bedrock of the EEC/EU for almost half a century.Â

After this rejection, governments consequently approved the expanded Treaty of Lisbon in 2007, which â€œrecalled,â€ in annex, that â€œwell settled case law of the Court of Justice of the European Unionâ€ asserted the â€œprimacyâ€ of EU law and EU treaties over the law of member countries.Â

In recent days, this somewhat oblique assertion of the supremacy of EU law has been challenged by a slew of the presidential candidates in France. It has even been called into question â€” more surprisingly and opportunistically â€” by two supposedly pro-European contenders for the center-right presidential nomination: Xavier Bertrand and ValÃ©rie PÃ©cresse.Â

The position of another center-right contender, former European Commission Vice President and Brexit negotiator Michel Barnier, is even more ambivalent. Before the Warsaw courtâ€™s ruling, Barnier had proposed a referendum allowing France to withdraw from some aspects of European treaties in order to declare a three to five year moratorium on immigration. After the ruling, however, he defended the principle of the primacy of EU law and rejected comparisons with his own â€œlimitedâ€ proposal.Â

Senior French officials say that Macron has observed this muddled French debate with alarm. They say that he is prepared to defend EU â€œfirst principlesâ€ if necessary. He is ready to make the argument that the EU single market would collapse â€” with calamitous consequence for France â€” if each country was able to impose its own laws or if, as in Polandâ€™s case, the rule of law itself was eroded.Â

He is also ready to make the case that EU law is not â€œimposedâ€ on France but agreed on democratically by governments in the Council of the EU and directly elected members of the European Parliament.Â

Officials also say, however, that Macron is wary of being framed as a slavishly pro-European, pro-Brussels politician in a barrage of misleading soundbites from almost every part of the electoral battlefield next year. They point out that opinion polls show around 45 percent of the electorate may vote for the Euroskeptic or anti-European candidates of the far right or hard left.Â

The problem is simultaneously compounded by an unfortunate overlap with the EU timetable. France takes over the rotating Council of EU presidency for the first half of next year, coinciding with the crucial months of his campaign before the countryâ€™s two-round presidential election in April. In other words, Macron may be obliged to lead negotiations with Warsaw in the weeks leading up to the vote.Â

Macron argues that a frontal assault on the right-wing Euroskeptic government in Warsaw would be counterproductive. Better, he says, to let the normal plodding EU processes of confrontation and compromise work themselves out. In any case, he contends there is already a powerful domestic backlash in Poland against policies that could imperil its economically beneficial membership to the EU.Â

This partly explains his cautious approach.,. But so do electoral and domestic considerations.Â

Undoubtedly, Macron wants Brussels versus Warsaw to become a lengthy but limited row about the Polish governmentâ€™s disrespect for democracy and the rule of law â€” not an EU constitutional crisis that would spill over into the French presidential race.