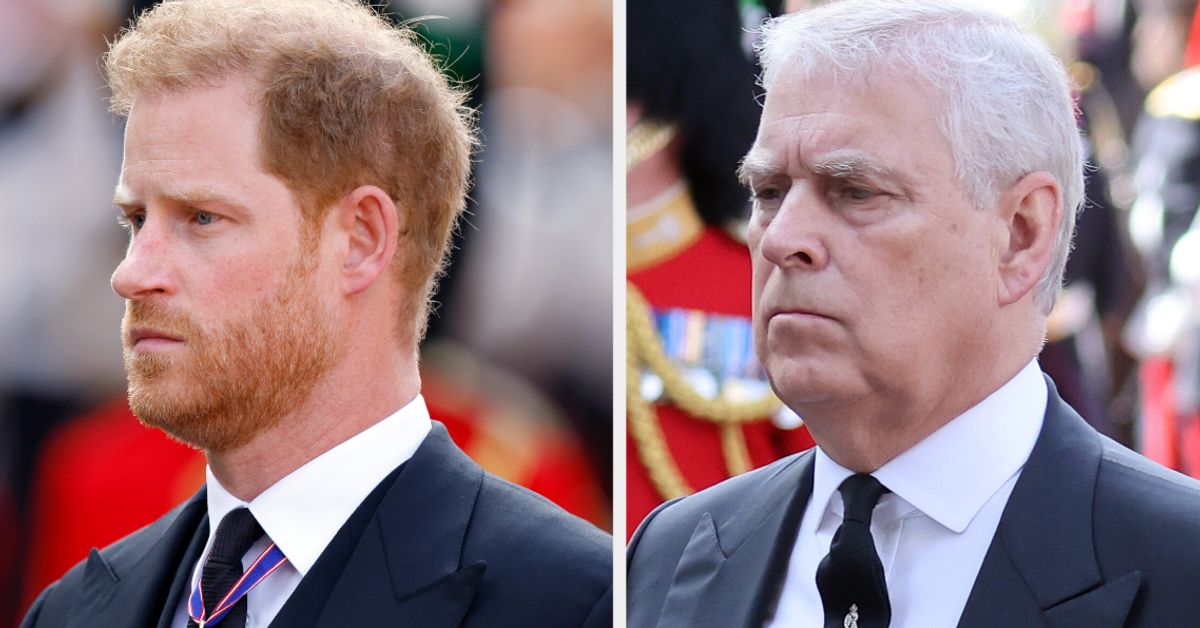 Prince Harry and Prince Andrew are not wearing military uniforms at Queen Elizabeth’s funeral in London on Monday.

Who decides who wears a military uniform in the U.K.?

Buckingham Palace announced only working members of the royal family would be allowed to wear a military uniform during the funeral and other ceremonial events leading up to it.

Harry, the Duke of Sussex, and Andrew, the Duke of York, are both no longer senior members of the royal family for different reasons, and will therefore be wearing morning dress during the ceremony Monday and the other events during the mourning period.

However, Buckingham Palace reportedly decided to grant Harry an exception, allowing him to wear his military attire for the 15-minute vigil to be held at the queen’s lying-in-state in Westminster Hall on Saturday, for her grandchildren.

The decision came following public backlash to the news that Andrew was granted approval to wear the attire at another vigil alongside his three siblings Friday “as a special mark of request” to his late mother.

This will be the first time Harry has done so following his step back from royal duties in 2020, according to the BBC.

The exception was not made at Harry’s request, HuffPost has learned.

A spokesperson for Harry called for people to focus on the legacy of his grandmother rather than his dress.

“Prince Harry, The Duke of Sussex will wear a morning suit throughout events honouring his grandmother,” a spokesperson for Harry told HuffPost on Tuesday.

“His decade of military service is not determined by the uniform he wears and we respectfully ask that focus remain on the life and legacy of Her Majesty Queen Elizabeth II,” the spokesperson added.

Both Harry and Andrew wore morning suits while walking in the procession that followed the queen’s coffin from Buckingham Palace to the Palace of Westminster on Wednesday.

During Prince Philip’s funeral in April 2021, senior royals decided to all skip wearing military attire to reportedly avoid stirring controversy over what Prince Harry and Andrew would be wearing, according to The Guardian.

Why would Harry and Andrew be dressed in military uniforms?

Both Harry and Andrew are military veterans.

Prince Harry served in the British Army for over 10 years, during which he completed two tours in Afghanistan.

Prince Andrew served in the Royal Navy for 22 years, and was a helicopter pilot in the Falklands War.

In the U.K., retired military veterans are not allowed to wear a uniform unless they have been granted an honorary title and have been permitted to wear one, as opposed to the U.S., where veterans often don military attire for special events, according to CNN.

Two of the queen’s children, Princess Anne and Prince Edward, neither of which has served in the military, both have honorary titles allowing them to wear military uniforms.

Edward, the Earl of Wessex, joined the Royal Marines in 1986 but withdrew from the service after four months of training, according to the British news site i.

Why are Harry and Andrew no longer working members of the royal family?

Following the decision by Harry and Meghan to step back from the royal family, Buckingham Palace announced “the honorary military appointments and Royal patronages held by The Duke and Duchess will therefore be returned to Her Majesty, before being redistributed among working members of the Royal Family.”

Harry and Meghan still pledged to continue their commitment to public service despite moving to California.

Andrew stepped back from his royal duties in 2019, following a BBC “Newsnight” interview, in which he failed to condemn convicted sex offender Jeffrey Epstein or show empathy for his survivors, and denied ever meeting Virginia Giuffre, who later brought a civil case against Andrew alleging he sexually assaulted her when she was a minor.

At the beginning of this year, the duke was stripped of his military affiliations and royal patronages with the queen’s approval, the palace announced.

The major announcement came a day after a federal judge in New York denied his motion to dismiss Giuffre’s lawsuit. The two sides ended up agreeing to a settlement for an undisclosed amount in February.