Why the French media should wean themselves off polls 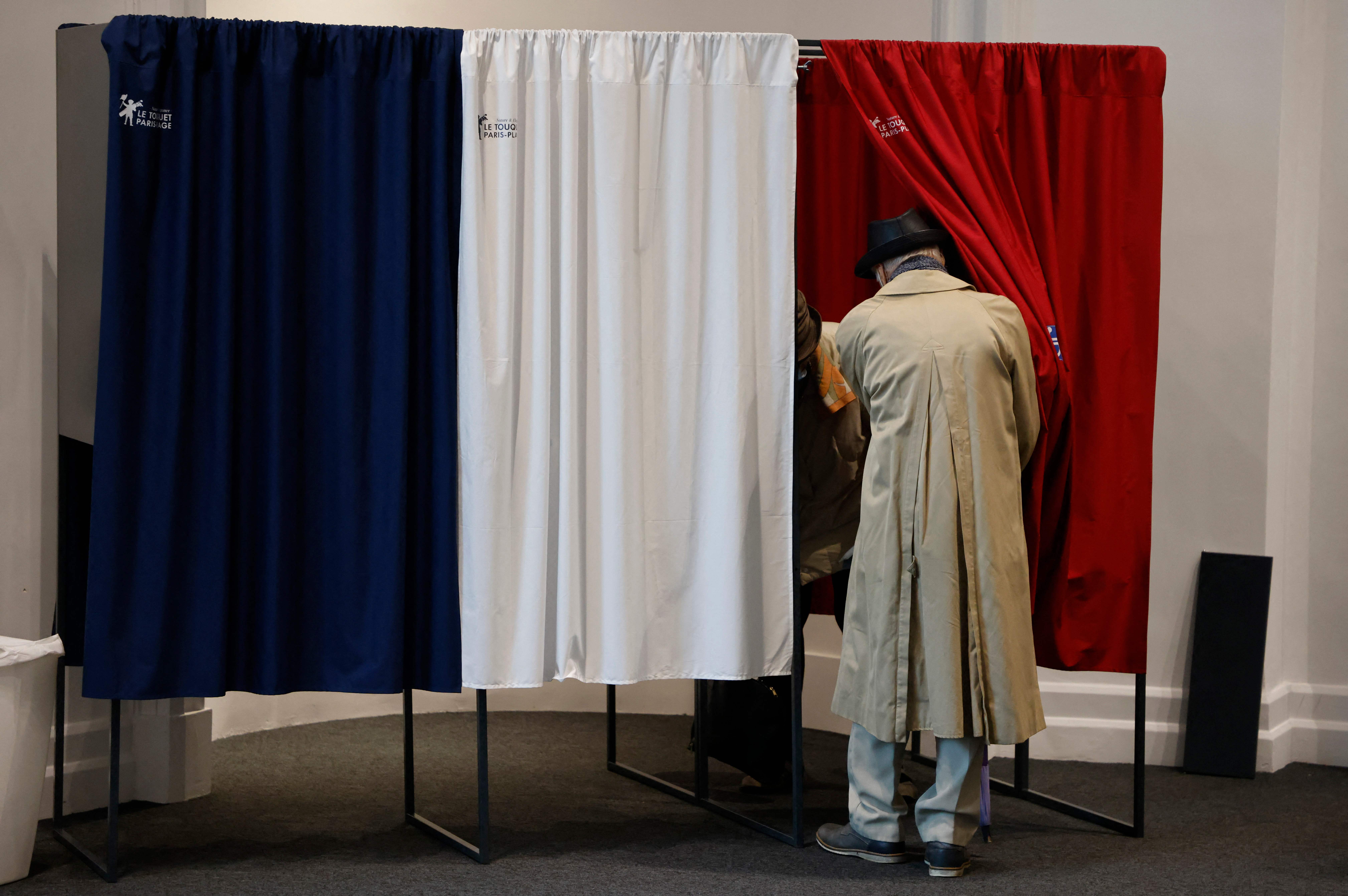 John LichfieldÂ is a former foreign editor of the Independent and was the newspaperâ€™s Paris correspondent for 20 years.

CALVADOS, France â€” In the first 11 days of this year, nine opinion polls were published on the French presidential election. Last month there were 17, more than one every two days.

In 2002, there were 193 polls in the course of the entire French presidential election campaign. In 2017, there were 560. That record is likely to be smashed this year.

The blizzard of French polls can be explained in several ways. Researching opinions is easier and cheaper, thanks to the internet. The demand for polls is greater, thanks to the rise of 24-hour TV news channels.Â

The problem is, as I have argued before, that the sondages (polls) in France are even more powerful than elsewhere. They have become part of the apparatus of politics, rather than just a commentary on it.

The compound effect of a dominant presidency, a weak parliament, two rounds of voting, the collapse of the left-right duopoly, and the decline of powerful, stable, political parties mean that polls shape events in France, rather than just anticipate them.

Events in this campaign have reinforced my point.

Politics junkies watched in disbelief at xenophobic TV pundit Eric Zemmourâ€™s rise. He zoomed from nowhere to 19 percent in first-round support in late August and September and has slumped to 13 percent since he officially entered the race on November 30, according to POLITICOâ€™s poll of polls.

Are the polls responsible for creating a Zemmour bubble? Or did they accurately chart his rise and fall?

Meanwhile, the president of the northern French region, Xavier Bertrand, attempted to mount a one-man primary in the opinion polls for the center-right nomination for Aprilâ€™s presidential election. By declaring early, he hoped to build a big score in the polls and become the unavoidable candidate of the center-right.

His poll scores were good-ish but never really took off. He was forced in December to enter an official multi-candidate primary and lost.

In other words, Bertrandâ€™s whole campaign was fought and lost in the opinion polls.

There is no evidence that French polls are worse than those in other countries. If anything, in national elections, their record is pretty good (despite big misses in 1995 and 2002). The problem in France is the relentless intensity of polling by 14 different organizations. Findings, however incremental, are often trumpeted by their media partners as â€œexclusivesâ€ or â€œshocks.â€ Â

One successful and respected French news organization has decided â€“ Asterix-like â€“ to resist this frenzy of opinion-seeking. Ouest-France, the largest French-language circulation newspaper in the world, announced in October that it would commission no â€œhorse-raceâ€ polls during the 2022 campaign and would refrain from reporting or commenting on such polls published by others.

The editor-in-chief of Ouest-France, FranÃ§ois-Xavier Lefranc, described the French polling boom as â€œla grande manipâ€ â€” the great manipulation. In his front-page editorial on October 23, he said: â€œThe obsession with polling prevents everyone from seeing the diversity of this country, of listening to its people and its regional differences. Polling cradles us in illusions. It blinds us. It pulls the wool over our eyes.â€

Three months later, how is the experiment with opinion poll cold-turkey going? Are the 600,000 readers of Ouest-France as miserable as junkies deprived of pills?

Not a bit of it, according to Lefranc.

He told POLITICO: â€œThe overwhelming majority of readers have reacted positively â€” very positively. New people are coming to Ouest-France because, they say, they want a newspaper which explores the fundamental issues, not just the surface or the spectacular.â€

â€œMy profound conviction is that polls are intensifying contempt for the media. They lead us away from doing our job properly.â€

He is not the only person to suggest that political polling is feeding popular anger with the mainstream media. Patrick Murray, director of the respected Monmouth University Polling Institute in New Jersey, said in November that he intended to abandon all campaign polling and concentrate on issue polling.

Poll results were no more inaccurate than in the past, he said, but even slight errors now fed the anti-democratic agenda.

Jean-Yves Dormagen, professor of politics at the University of Montpellier, defends French polls but criticizes the uses to which they are put.

Â â€œPolls for political and social research are indispensable,â€ he told POLITICO. â€œThe problem in France is that the link between polling and analysis has been broken or weakened. Polls are often used as fodder for headlines or for polemical TV debates, rather than to illuminate the issues in the campaign.â€

Dormagenâ€™s response to the proliferation of French polls has been to start his own polling firm â€“ Cluster17, which adopts somewhat different methods.

Cluster17 gives more weight to people who are unsure whether they will vote. The main consequence is to detect greater support â€“ circa 13 percent instead of circa 10 percent â€“ for the hard-left candidate Jean-Luc MÃ©lenchon.

The polling organization also aims to address the demise of left-right politics and the complex, political anthropology of the early 21st century.

Dormagen and his team have divided France into 16 clusters or political tribes. The clusters are not used to weight or shape the demography of samples used in Cluster17 polling. They are used afterward to analyze the results: why, for instance, some voters are more likely to move from hard left to far right than from hard left to moderate left.

Polling respondents answer 30 questions which place them in one of the clusters, like pupils in the Harry Potter novels being â€œsortedâ€ into the different Hogwarts school houses.

â€œIf you tell me what you think on the death penalty, redistribution of wealth, the political establishment, the wealthy and nuclear power, I will tell you who you are most likely to vote for and who you will never vote for,â€ said Dormagen.

Aside: The 30 questions are available here. In my case, the outcome (undisclosed) was spot-on.Â

Another frequent criticisms of polls, and not just in France, is that they are becoming less precise because more people refuse to take part in them. In other words, anger with polls is making polls more inaccurate.

Research suggests that this is not true. Polls are no more wayward than they have ever been. If pollsters do their job properly and assemble demographically accurate samples, it should not matter (in theory) if more people refuse to participate.

Cornelius Hirsch, who runs POLITICOâ€™s poll of polls, is unconvinced. â€œI think that the increasing reluctance of some people to respond to pollsters is a serious problem. It affects some sections of the population more than others. Itâ€™s a symptom of distrust of polls and cannot necessarily be repaired by sampling and weighting.â€

Political journalism without polling might be more creative or painstaking, as Lefranc of Ouest-France suggests. It would also be blinder and more vulnerable to partisan bias. If there were no independent polls, there would be party polls, private polls and dishonest polls.

The Ouest-France and Monmouth University criticisms remain valid all the same â€” especially in a country like France where elections can be shaped by polling. As polls become more relentless, they appear to tell voters what they SHOULD think, not what they DO think.

Polls are a legitimate democratic tool. They also threaten to become a danger to democracy.

I wish I knew the answer to that conundrum. I donâ€™t.