Why the rule of law matters 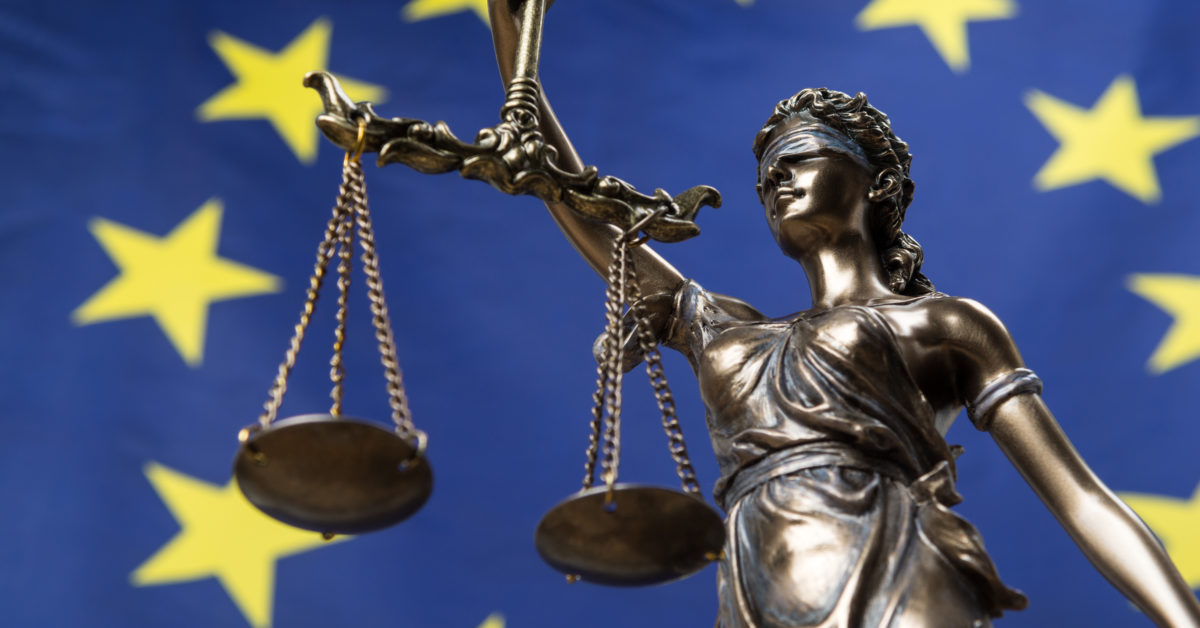 PARIS â€” If anyone in Europe doubted why the rule of law matters, the Continentâ€™s turbulent politics in the last few days offer a wealth of examples.

A clear, enforced legal order is vital in holding governments and powerful private interests to account and giving citizens assurance that the law will be applied equitably â€” whether at the European or national level.

Just take a look at recent developments in Central Europe. Thanks to independent prosecutors and courts, Austrian Chancellor Sebastian Kurz, a charismatic young politician seen as a role model by many European conservatives, was forced to resign. He had been placed under investigation in a probe into the alleged abuse of state funds to manipulate opinion polls and bribe newspapers to publish the results in return for government advertising.

Kurz has denied breaking the law and vowed to defend himself. The 35-year-old populist, who is staying on as leader of his Peopleâ€™s Party, may yet clear his name and make a comeback. But in a mature democracy, with a sense of moral propriety, he had no choice but to quit once anti-corruption prosecutors named him as a suspect. Otherwise, his government would have been toppled by his Green coalition partners, or dismissed by President Alexander Van Der Bellen.

This latest episode of Austriaâ€™s political soap opera would have been highly unlikely to have come to light if the government had controlled public prosecutors, or had the power to fire investigators and judges who stick their noses in suspected political sleaze.

That is exactly what Poland has done by forcing the mass retirement of judges, packing the bench with government supporters and creating a disciplinary board with the power to dismiss judges whose rulings displease the authorities.

In an attempt to shield that railroaded judicial system from scrutiny and censure by the European Court of Justice (ECJ), the countryâ€™s Constitutional Tribunal â€” including judges illegally appointed by the ruling Law and Justice Party â€” ruled last week that the Polish constitution takes precedence over EU treaty law.

That puts the country on a collision course with Brussels. Rejecting the principle of the primacy of EU law over national legislation like this calls into question the foundation on which the bloc is built: legally binding treaties, democratically ratified by all member countries.

EU law offers citizens â€” and also foreign investors â€” the best protection against arbitrary rule, corruption and the confiscation of power or property. But if one countryâ€™s court can overrule the ECJ on an issue such as judicial independence, whatâ€™s to stop others from overriding EU law on sensitive issues like freedom of movement of persons or goods in the single market, or the European Central Bankâ€™s (ECB) monetary policy decisions?

These are not hypothetical questions. Last year, Germanyâ€™s Federal Constitutional Court asserted that the ECB had exceeded its mandate with its bond-buying program, even though the policy had been upheld by the ECJ. The German court stopped short of ordering the Bundesbank, Germanyâ€™s central bank, to stop taking part in ECB bond purchases, and the clash of authority has been defused, for now, by Berlinâ€™s explanations to parliament. It is highly likely to flare anew.

The rule of European law is also being challenged in France. Former EU Brexit negotiator Michel Barnier, a contender for the conservative Les RÃ©publicains partyâ€™s nomination for next yearâ€™s presidential election, has said that if elected, he would call a referendum on a â€œconstitutional shieldâ€ to override the ECJ and the European Court of Human Rights on migration policy. Barnier wants to impose a multi-year moratorium on immigration and family reunification.

Coming from the man who had insisted that the ECJ must be the ultimate arbiter of interpreting European law when negotiating with Britain on behalf of the 27 EU countries, Barnierâ€™s proposal was a shock. And the two far-right contenders, Marine Le Pen and not-yet-candidate Ã‰ric Zemmour, want to go even further and declare French courts sovereign in all matters.

Across the Channel, Barnierâ€™s former opposite number, U.K. Brexit Minister David Frost, is now threatening to tear up part of the withdrawal treaty they negotiated and remove the ECJ from overseeing trade arrangements in Northern Ireland, which remains inside the EU single market unlike the rest of the U.K.

Few governments enjoy being held accountable by independent courts or prosecutors. Critics of judicial independence argue that judges are not democratically accountable and should not be allowed to stretch the interpretation of the law beyond the intention of the legislator.

Yet independent institutions are there to prevent governments from cutting corners for their own convenience. They are also less likely to be cowed by the rich and powerful.

In the Czech Republic, for example, populist billionaire Prime Minister Andrej BabiÅ¡ lost a general election last week, partly because the European Commission and the European Court of Auditors ruled that he was in breach of EU rules on conflict of interest, since his business empire received EU funds. Brussels is holding back Pragueâ€™s share of the post-COVID recovery fund as a result.

A report by an international consortium of investigative journalists uncovering that BabiÅ¡ used offshore shell companies to secretly acquire a $22 million chateau in France was also a factor in the election. BabiÅ¡ denies acting illegally and says he does not own property in France. Only an independent justice system could get to the bottom of such matters.

Even in countries such as Italy, where the wheels of justice grind so slowly that efforts to prosecute corruption or organized crime often fail due to statutory time limits, independent judges and prosecutors help keep the political system more honest than it would otherwise be.

After two decades of court cases, billionaire media owner Silvio Berlusconi, who had been the countryâ€™s longest serving prime minister, was eventually convicted of tax fraud and sentenced to four years imprisonment. Although he was too old to go to jail by the time of sentencing, he was expelled from the Senate and barred from political office for six years.

Whatâ€™s happening in Central Europe shows why the rule of law is worth fighting for. Given the showdown between Brussels and Warsaw, itâ€™s a timely reminder of what is at stake. The EU must take a hard line against any member that undermines the European legal order.