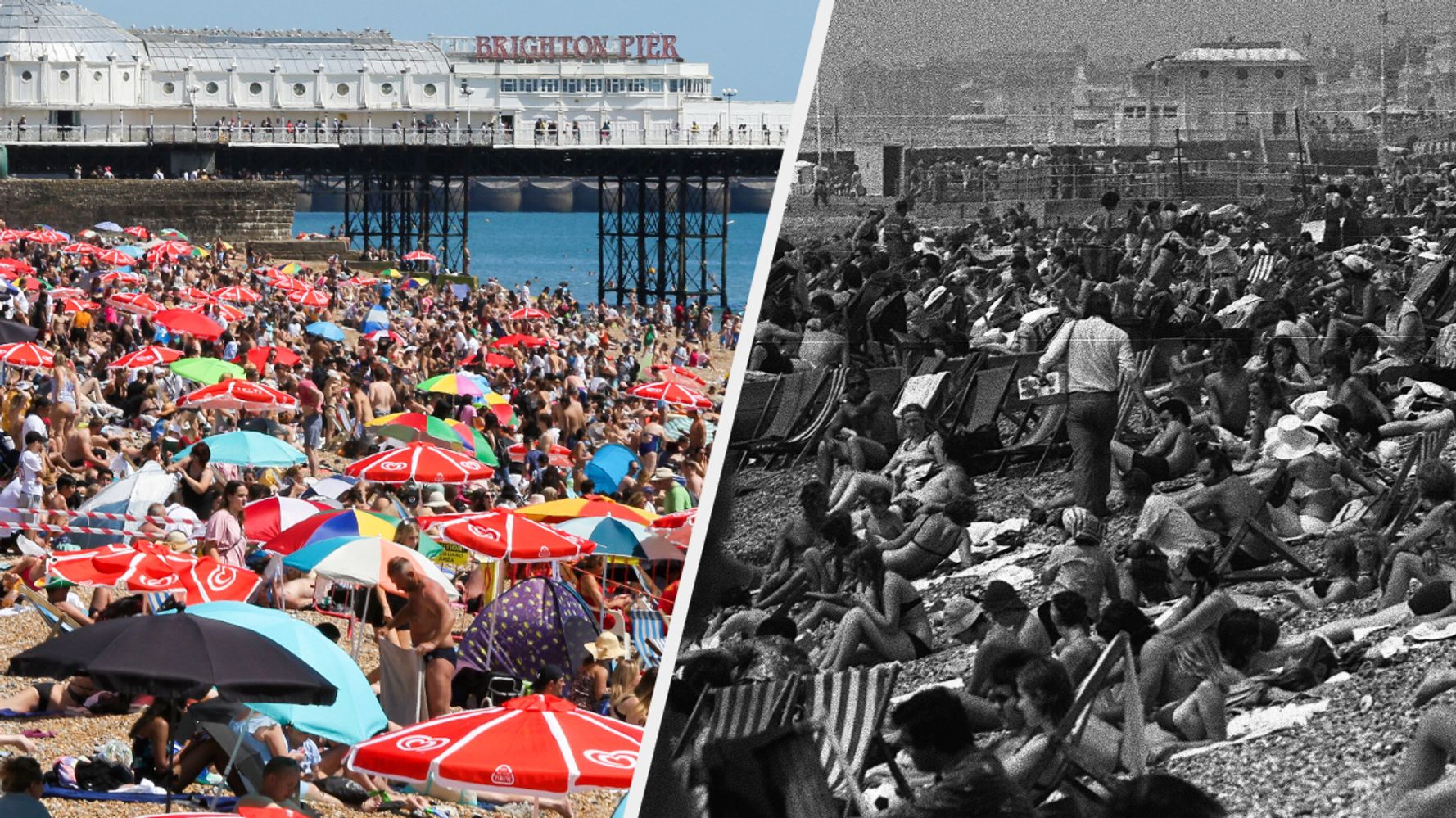 The heatwave that hit the UK in the summer of 1976 was one of the longest in living memory – and, boy, does it live on.

On Tuesday, Britain shattered its record for highest temperature ever registered – 40.3C (104.5) – amid a heatwave that has battered large swathes of Europe. But some have baulked at the Met Office’s “red warning”, the advice not to barbecue or go to the beach, and trains being cancelled, thanks in no small part to memories of that totemic 1970s summer.

Climate experts are adamant 2022 is different, and that comparisons with 1976 are not very useful at all.

Who is pushing the 1976 comparison?

Inevitably, the heatwave has been co-opted by culture warriors.

Conservative MP John Hayes claimed that people taking precautions during the heatwave are “snowflakes” and “cowards”.

A former government minister at the climate change department, Hayes told the Telegraph: “This is not a brave new world but a cowardly new world where we live in a country where we are frightened of the heat. It is not surprising that in snowflake Britain, the snowflakes are melting. Thankfully, most of us are not snowflakes.

“The idea that we clamour for hot weather for most of the year and then shut down when it does heat up is indicative of the state in which we now live.”

He went further on the BBC – recalling how he just got on with things in 1976: “I remember doing school exams. The only concession was being allowed to take our blazers and ties off. That was a really big concession by the way.”

Meanwhile, the Daily Mail roared about “Sunny day snowflake Britain had a meltdown” on its front page this week.

A Daily Telegraph opinion piece – headlined “This heat wave hysteria epitomises the Tories’ fatal embrace of nanny statism” – alluded to the “long, hot summer of 1976”, and argued if it was repeated today “ministers, Army chiefs and health officials would be meeting in a permanent crisis session”.

On social media, it was pervasive, with hundreds of people sharing their experiences of the 1976 heatwave. The country has “gone mad” was a recurring theme.

It was tough, but a huge shout out to everyone who who survived the 10 week heatwave of 1976.

Yet some 46 odd years later, apparently we won’t survive a 2 day one & we’re all going to die!

I don’t know how I’m going to survive this heatwave. I’m a 1976 heatwave survivor, but I’m not sure if I’m going to get through this, or so the BBC and the Met office keep telling me🤨 pic.twitter.com/wPzdg8hLTk

The heatwave that blasted the UK in the summer of 1976 triggered the most significant drought for at least the last 150 years.

The government ran a summer-long campaign urging people only to use water that was absolutely necessary – though the suggestion officials advised bathing with a friend has long been dismissed as a myth.

Experts say no, chiefly because heatwaves are happening more often and are more intensive.

A look at temperatures alone suggest a comparison with 1976 would be misleading. On Tuesday, the new provisional record high set in Coningsby in Lincolnshire of 40.3C is between 4C and 5C higher than the peaks in 1976. Nine of the UK’s 12 hottest days on record since 1884 have occurred within the last two decades.

The year 2014 currently holds the record for the highest average maximum temperature – while 1976 ranks 42nd.

Nigel Arnell, professor of climate system science at the University of Reading, says it was hot in 1976, but not as “extremely hot” as it is currently.

He said the impacts of that hot summer have been forgotten, and added: “It was disruptive. And it wasn’t really as extreme in temperature as what we’re experiencing at the moment.”

More significant, perhaps, is how the heatwave today is not just limited to the UK.

Dr Friederike Otto, from Grantham Institute for Climate Change, Imperial College London, and one of the scientists who have pioneered studies that spell out the role of global warming in extreme weather events, says that there have been heatwaves in the past – but that the difference in 1976 was how the rest of the world looked.

We have not seen anything like it. We can’t compare this looming heat emergency to summer 1976.

A warmer world, thanks to human induced climate change, makes it almost effortless to break extreme heat thresholds. We continue to see this across the planet – not just in Europe. pic.twitter.com/z0FpZ3Mcbb

Back on Twitter, meteorologist Scott Duncan also explained the false 1976 comparison with the use of two heat graphs.

He said: “We have not seen anything like it. We can’t compare this looming heat emergency to summer 1976.

“A warmer world, thanks to human induced climate change, makes it almost effortless to break extreme heat thresholds. We continue to see this across the planet – not just in Europe.”