Will Democrats hold the Senate? Pollsters and bookmakers sharply divided 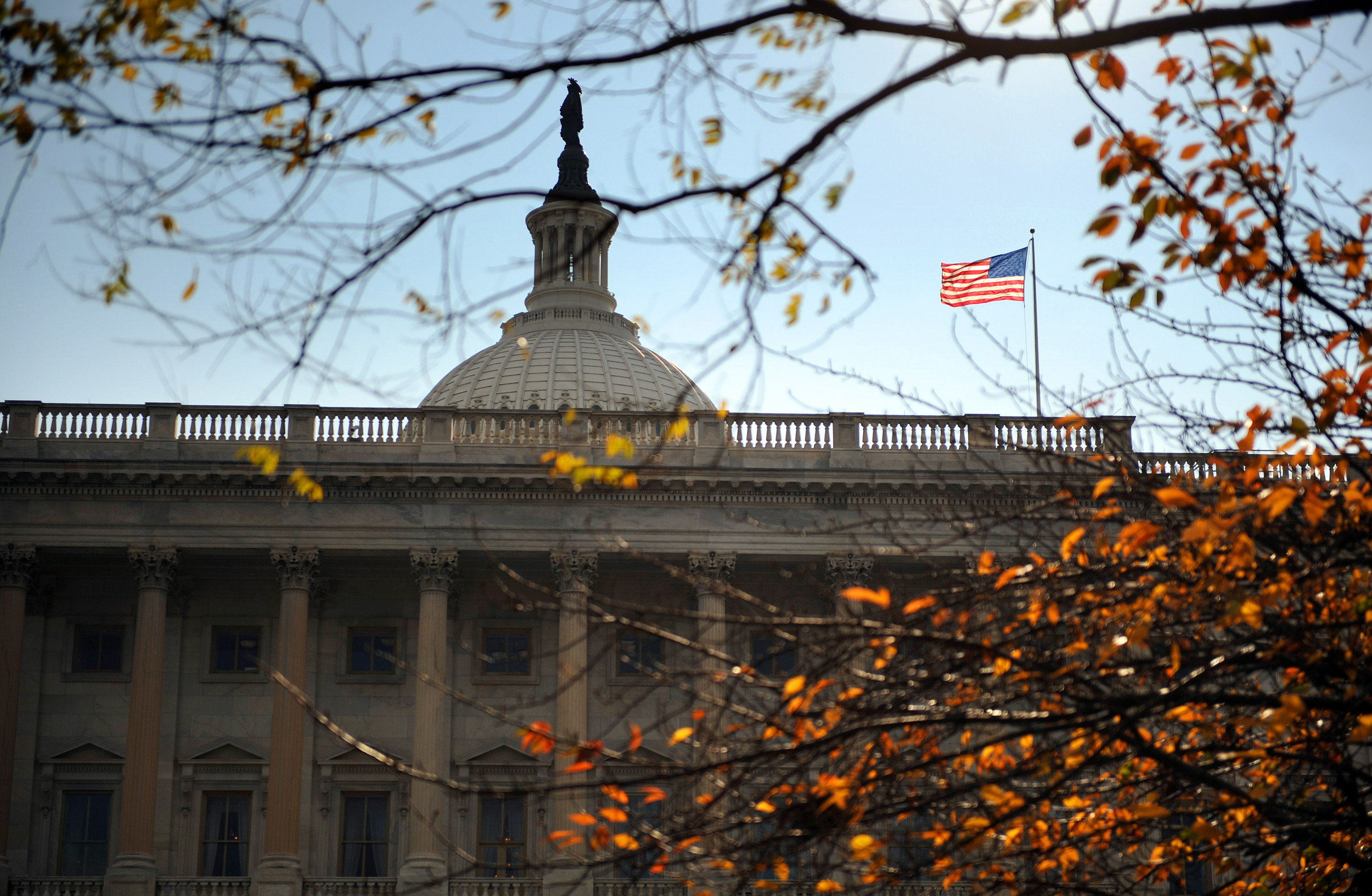 Pollsters and bookmakers are as divided as the nation’s politics when it comes to predicting who will hold the Senate.

It means control of the U.S. Congress‘s upper chamber could be anyone’s to grab, with everything still to play for in the midterm elections next month.

Pollsters FiveThirtyEight say the Democrats have the best chance of Senate success, while bookmakers, as evidenced by the comparison website Oddschecker, insist that it’s more likely the Republicans will win.

On Friday, FiveThirtyEight released a round-up of where the parties stood. The report said: “Overall, Democrats’ chances of winning the Senate are 68-in-100, according to the Deluxe version of our forecast.

That’s down from a high of 71-in-100, which persisted from September 13 to September 20, though that change isn’t large in the big scheme of things.”

A graphic accompanying the text was titled: “Democrats are slightly favored to win the Senate.”

The modelling is created by simulated the election 40,000 times to see which party wins the Senate most often. The figures are then represented as a sample of 100 outcomes.

Discussing the Senate predictions, the site stated: “Democrats currently have the lead in the race for the Senate. This is in part because, in a few key races, Republicans have selected weak candidates, hurting their chances of taking the chamber in November. But as editor-in-chief Nate Silver writes, Republicans still have plenty of potential opportunities for pick-ups.”

And the site noted the odds can change as the race progresses.

But the pollster’s prediction is at odds with those made by bookmakers.

Comparison website Oddschecker, which has compiled odds based on a composite of all those being offered by a string of betting sites, suggests that the Republicans will perform better. The site puts the Republicans’ odds at 3/14 and the Democrats at 19/5.

When it comes to individual betting companies, such as Paddy Power, the picture becomes even sharper. The bookmaker gives the odds of a Republican majority in the Senate as just 5/4, meaning it’s very likely, while a Democratic majority is offered at 11/4. The site is also offering odds of 11/8 for no majority.

With pollsters and bookies divided on the most likely outcome, the political race appears to remain open.

The confused picture comes amid a confusing election, with several Republicans throwing their support behind Democratic candidates in a bid to prevent allies of former president Donald Trump from winning the seats.

The midterms—so-called because they take place during the middle of a President’s four-year term in office—are just weeks away and are due to be held on Tuesday, November 8. All 435 seats in the House of Representatives will be up for grabs, along with 34 of the 100 seats in the Senate.

This year, voters in several states will face new rules about who exactly can participate, when, and how.

Voters who wish to register to vote should visit https://vote.gov/.

Newsweek has reached out to the companies referenced in this article for further information about their analysis.