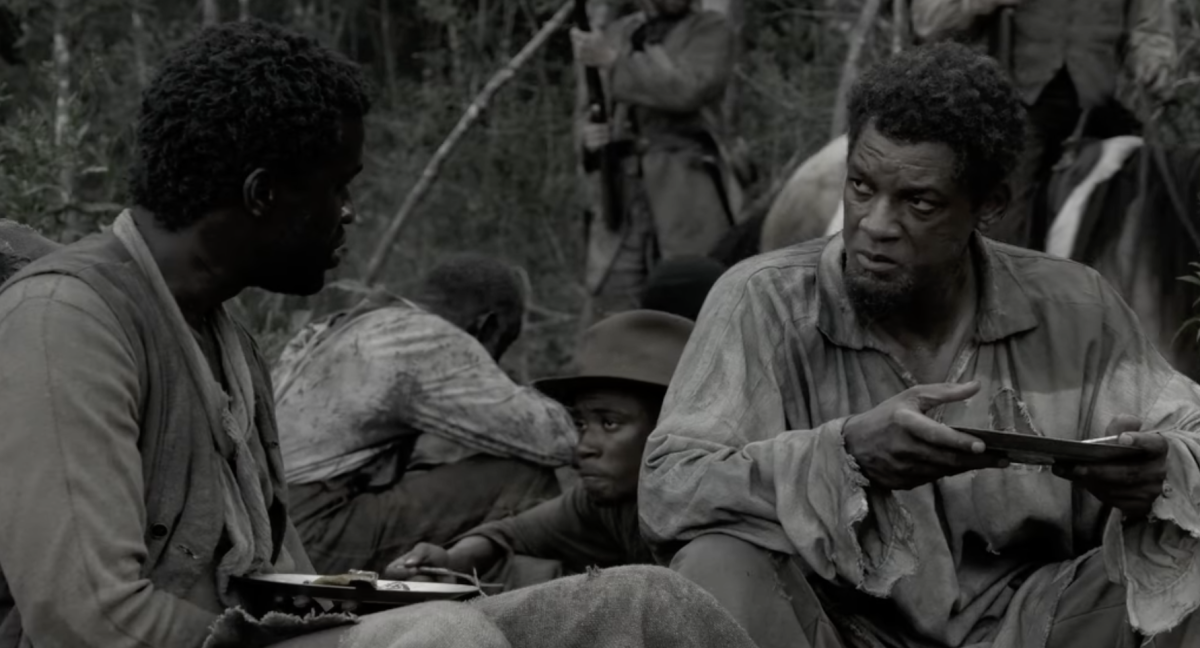 After months of speculation, Apple TV+ has officially revealed that Will Smith’s King Richard follow-up, Emancipation, will enter the awards race. The streaming service released the first trailer for Antoine Fuqua’s period drama, along with the announcement that the film will play in theaters on Dec. 2 and will start streaming on Dec. 9. That will be almost nine months after Smith shocked the world by slapping Chris Rock onstage at the 94th Academy Awards, an incident that continues to reverberate today. (Watch the Emancipation trailer above.)

Set during the Civil War, Fuqua’s film tells the story of Peter (Smith) — an escaped slave-turned-Union Army soldier who is immortalized in 19th century pictures that reveal the scars on his back from a brutal whipping. The trailer shows Peter’s desperate journey North to join Union forces, avoiding death in the Deep South swamps or capture at the hands of slave hunters, led by Ben Foster. “There are many ways to die here,” Smith is heard saying. “I will not be afraid.”

For Apple TV+ the fear is that audiences and awards voters will object to the choice to release another Will Smith star vehicle after the last Oscars. While the actor remained at the ceremony to accept his Best Actor trophy for King Richard, he subsequently resigned from the Academy, which later voted to ban him from the Oscars and other Academy events for 10 years. (He is still eligible for nominations, though.)

Apple made the decision to release Emancipation days after the film’s first public screening at the Congressional Black Caucus Foundation’s 51st Annual Legislative Conference held in Washington D.C. Both Smith and Fuqua attended the screening and took part in a post-screening conversation. “Throughout my career, I’ve turned down many films that were set in slavery,” remarked Smith, who famously turned down the chance to star in Quentin Tarantino’s Django Unchained. “I never wanted to show us like that. And then this picture came along. And this is not a film about slavery. This is a film about freedom. This is a film about resilience. This is a film about faith.”

Reaction to Emancipation at that screening was largely positive, which no doubt played a role in Apple’s choice to put the film in awards contention. On Twitter, people are already taking sides about whether or not Smith will be welcomed back into the Oscar race.

Emancipation premieres Dec. 2 in theaters and Dec. 9 on Apple TV+